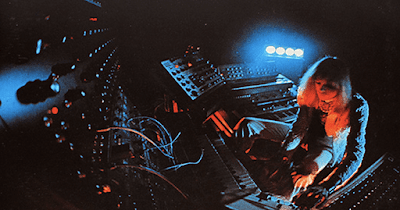 Klaus Schulze - Way of Changes
Posted by The Swede at 07:00

Kids these days are living a deprived existence, and I'd argue that the ready availability of everything and technology that allows them to play any tune that want on a phone, a coffee table or a spoon, will mean they never appreciate music in quite the same way we did.

I used to put myself in the exact same position on the living room floor while listening through my family's stereo speakers. Helter Skelter never sounded so good to this fifth grader.

This is what classic rock sounds like to most now:

You named the bands we listened to in these times long gone by. It was a kind of music that we tried to share and it was the same to us - we took our records to one mate who had the best equipment. Great song - thanks for bringing me back to my days of youth, Swede.

Never heard that before, loving it, Cheers Swede.