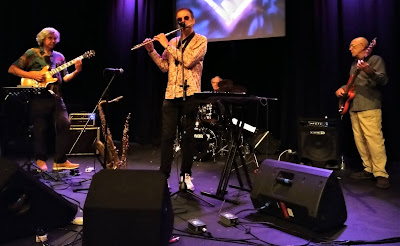 A perfect spot for the show, Swede, and that photo is excellent. Both of these songs... class. Without the dates next to the song titles I wouldn't have had a clue. For mp3s, these sounded surprisingly crisp too. Thanks for that.

Interesting - like something from a different age, which I suppose it is.

Glad you managed to get out for the show.

I wasn't expecting much feedback for this one as I know it's not everyone's cup of tea, so I really appreciate you both dropping by and giving the tunes a go!