So my trusty Google calendar reminds me that today I should be returning to work following a two week stay in the Big Apple. The original arrangements were that I would fly into the UK overnight on Sunday, landing in the early hours of Monday morning, spending the rest of the day and Tuesday snoozing and generally catching up with stuff, before heading back into the store this afternoon. The trip would've marked my first visit to New York in exactly ten years, but of course it was not to be. Here are a few snapshots that survive from previous visits in 2008/9/10 to keep me going until next time. 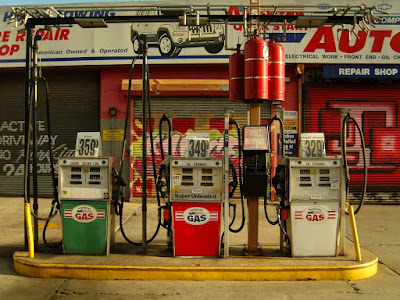 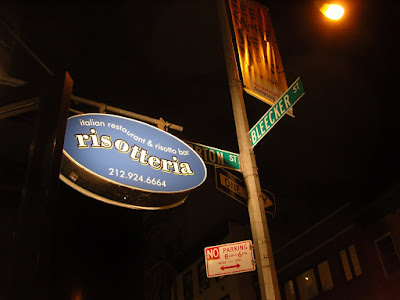 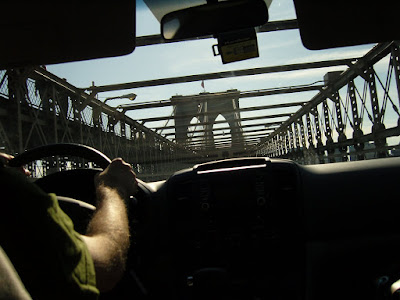 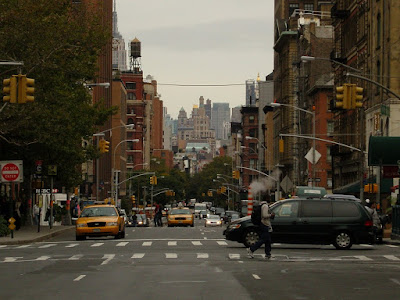 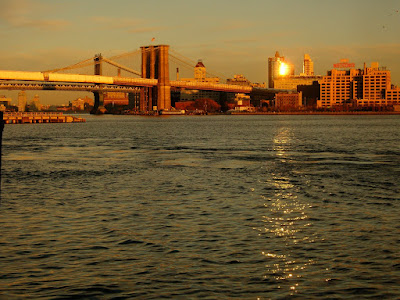 After my initial visits to the city in the early 1990s, I was never too bothered about hitting the tourist traps of Times Square, Fifth Avenue again, instead I'd usually head for lesser visited neighbourhoods, walking for hours fuelled only by endless coffee and bagels. On the rare occasions that my travels did take me to the mid-town area, I'd invariably strut along the sidewalk with Serge Gainsbourg's superb 'New York USA' as my internal soundtrack. The song comes from the 1964 LP 'Gainsbourg Percussions', his last full length outing for 4 years.

Serge Gainsbourg - New York USA
Posted by The Swede at 11:07

The top photo, in particular, is excellent, Mr. S. It's the sort of subject matter that appeals to me. Have you seen the BBC News website's weekly "Your pictures on the theme of . . ." feature? Keep your eyes peeled for an appropriate theme for your photo. Have a go and send it in - it's a winner! Here's the link:

Did you ever visit the Strand's flagship store while in NYC? It's an incredible destination for book-lovers. (Broadway & 12th, if I remember.)

Marie's beaten me to it! I love the forecourt photo, too. That would look great in a frame. I may be asking your permission to borrow it sometime!

I feel for you. We lost our trip to Yosemite National Park that was supposed to happen two weeks ago. These photos are fantastic, Swede. Gas sure was expensive then. Seeing the Bleeker Street sign brings back many nice memories of regular weekend visits to NYC from down in D.C. when I lived there in the '90s. I hope we all get to our desired destinations soon.

Great photos Swede- all familiar scenes but your personal versions of. I have a trip to Belgium in May for my 50th that clearly isn't happening.

Marie. Oh yes, in spite of not really being that much of a bookworm, I've spent many hours (and dollars!) at The Strand. In fact the book that would accompany my Desert Island Disc selections was purchased from there and is sitting on the desk beside me at this very moment!
At the time of my first few trips to NYC in the early 1990's there was also a branch of Strand down in the Seaport district, which a real dusty treasure trove of bargains.

John. Borrow away! This is actually a cut down version of the original wider shot, which was lost (along with a ton of other photos, music and years of diary writings) in an external hard-drive crash several years ago. I try not to think about it too much, but suffice to say that everything is backed up all over the place these days.

Brian. I was hoping one of our American correspondents would be able to compare gas prices! Fingers crossed that your Yosemite trip goes ahead sooner rather than later. I'm always knocked sideways by the glorious photos you share of your hikes.

Swiss Adam. A bunch of my mates hit 60 this year (I was the first to arrive) and we had plans for a get together later in the year, but with a couple of them having pre-existing health issues, who knows if or when it'll happen. One of them suggested that we all forget our 60ths and instead concentrate our celebrations on our 61sts next year. Perhaps you should rearrange Belgium for your 51st? It'd at least be something positive to look forward to.

What fantastic pictures TS, especially the forecourt one as everyone has said. A much better reminder of the trip than shots of the usual tourist spots. Such a shame the trip hasn't come off though - It would have been a fantastic birthday present to yourself. Hopefully once we feel confident about travelling again it will come off.

As for the song, I don't often know the artists you share, but of course I do know of Serge and like this one very much. I can just imagine you having your coffee and bagel listening to it.