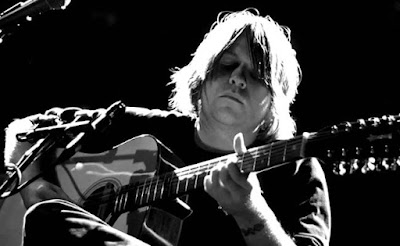 Hastings based James Blackshaw has been releasing his primarily instrumental music since 2003, initially self-distributed before landing a deal with the hugely respected Tompkins Square label. Blackshaw is best known as a guitarist, though the piano also features in his recordings. He kicked off off his career at a prolific pace, already releasing seven albums by the time I caught up with him playing an instore show in Sound Fix, a Williamsburg record store in 2008. The performance took place in a small bar/function room accessible through an anonymous door at the side of the building, where the cyclical patterns and repeated phrases of the long tunes created a hypnotic drone within the wood-walled space, gradually shushing the general hub-bub of whispered mutterings and clinking glasses.

Here's the title track from Blackshaw's 2014 album, 'Love is the Plan, the Plan is Death'.

James Blackshaw - Love is the Plan, the Plan is Death