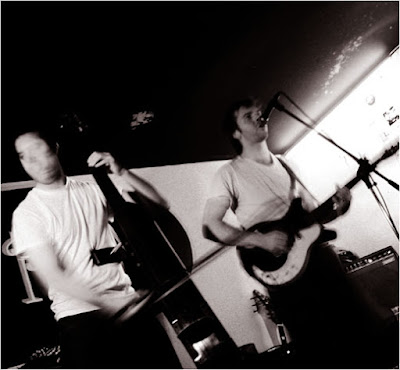 Chicago born Dan Sullivan's solo project Nad Navillus (Dan's name mirrored) released a self produced and self-titled instrumental CDr in 1999, a largely acoustic album, 'Show Your Face', in 2001 and and another with a full band, 'Iron Night', in 2002. Other than a couple of compilation tracks and a brief resurrection of the moniker for a split 7" single in 2014 (itself actually recorded ten years earlier), that's unfortunately the extent of the catalogue.

Sullivan spent some time playing with Songs:Ohia in the early noughties and at times his voice bares an uncanny similarity to that of his late friend Jason Molina. 'Your Good Side' from 'Show Your Face' was my introduction to the music of Nad Navillus, when I stumbled upon the song online, nearly 20 years ago.

Nad Navillus - Your Good Side

Nice bit of guitar work there. Not sure about the spelling your name backwards thing.

Lor has a nice ring to it!