Every Monday afternoon I vacuum the house from top to bottom. It's one of the very few household chores that I've been granted top level clearance to take on alone, though the work is of course carefully monitored and I receive regular and detailed feedback on my performance.

After vacuuming for a few minutes, I get into 'the zone'. My mind wanders and often I'll catch myself singing out loud to a tune in my head as I work, usually something bizarre or relatively obscure. (This week it was a seamless medley of 'Nijinsky Hind' by Tyrannosaurus Rex and 'Surreal Estate' by Be-Bop Deluxe.) Sometimes I don't even realise I'm doing it - until it's mentioned later, during my debriefing. 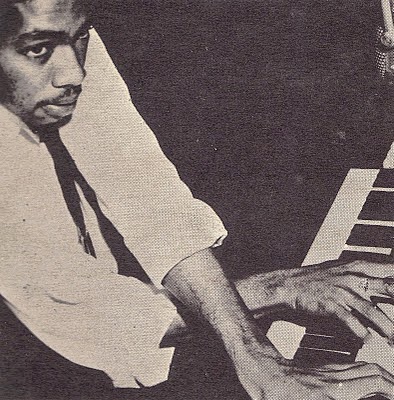 Oh, cleaning - it's the Forth Bridge of our lives, isn't it? Dust Never Sleeps, as Neil Young did not say. I usually pult some sounds on the stereo or some such as I hoover but, of course, I then miss most of the music through the racket the infernal machine makes.

Love the slice of Jackie and his trusty organ.

I could definitely clean up to this, in fact I might have to go and get a duster out right now. Oh, but what was it Quentin Crisp said, something about after leaving it for four years the dust doesn't get any worse?

Surely a situation such as this calls for Clean Up Man as Betty Wright did not say!

SB. Dust never sleeps? On the contrary, while we sleep the damn stuff is busy spreading itself liberally around the house. The only consolation is that, after the work is done, Monday night is chip night Chez Swede.

C. I tried the Quentin Crisp quote on Mrs S once. Bad move.

CC. The puns just keep on coming - nice one!

MY top level clearance (in fact my ONLY top level clearance) is dusting - I get no interference in that at all. Unfortunately the same cannot be said for when I vacuum, when I hand wash the dishes, plump the cushions, turn the duvet, do the daily supermarket shop (a whole coroner's enquiry of its own), clean the windows, stack the dishwasher, clean the kitchen surfaces, prepare the evening meal, leave tell tale signs of footprints in the hallway - I could go on. Thing is, she still tells me she loves me so I must be doing something right!

Anon. My other area of clearance is washing up, though the whispers in the corridors are that we may be getting a dishwasher. I'm being replaced by a machine.