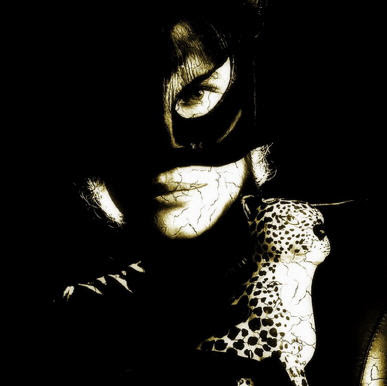 A Dutch glam-rock-one-man-band anyone? Looking like the lovechild of Alvin Stardust and Catwoman, this is Pantherman, better known to his Mum as Frank Klunhaar. In 1974 Klunhaar, influenced by Roxy Music, Leo Sayer, Todd Rundgren and Jobriath, wrote, recorded and released an eccentric self-titled single on Polydor in Holland. A second single, 'Panther Walk', was issued later in the year, followed by a third, 'One Man Band' in 1975. Unfortunately, chart success wasn't forthcoming and Klunhaar shelved the Pantherman project to concentrate on a career in record production.

Never heard of him until now. Great outfits, pure glam sound, should have been making those public information films with Alvin Stardust.

It is totally new to me Swede. If they would have enough promotion back then this song would be classic right now. Thank you.

George. Perhaps he did the Dutch version.

Walter. Pleased you like tunes. I only discovered them myself in the past couple of weeks.