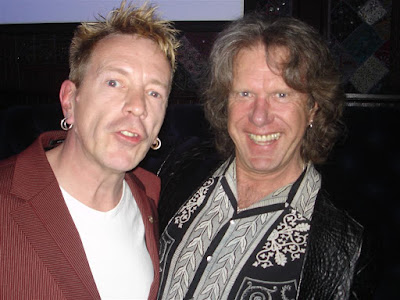 I'm tremendously saddened to hear of the death of Keith Emerson. Emerson Lake & Palmer were a fundamental cornerstone of my broadening musical world-view throughout the early to mid-1970's and although many records from that period would later disappear from my collection during the great punk cull, ELP's self-titled debut, 'Tarkus', 'Pictures at an Exhibition', 'Trilogy' and 'Brain Salad Surgery' never left the family.

The quality of this clip is quite poor, but just watch those fingers go.

What a horrible year for classic rock.

Emerson playing keyboards onstage was like some sort of Olympic sport. The first time I saw a clip of him, he was wearing VERY tight blue tights with a huge blue jacket and the keyboard stands were spaced far enough apart that he had to almost run between them.

He's someone you hardly ever hear about now, but I'm sad to see he's gone.

That's a marvellous description Nasreen. Thanks for dropping by.

That photo you picked today is a real keeper.

Greg Lake has just moved one square nearer a snake.

So utterly sad to hear this news. Keith was a big hero when I was a teenager and, like yourself, I still have all the albums and play them proudly whenever I feel the need for something just a little over the top. Punk should have put pay to all that but I think some of us recognised a punk spirit in Mr. Emerson. He was a true one-off. Thanks for these clips. I had forgotten about his appearance on the Oscar Peterson show but this had brought some great memories on a horrible day for music fans.

Sad to hear that Keith passed away. I have a few of these records you named and as you said Swede ,ELP had a huge influence to my musical education.