Cracker and the Art of the Hidden Track 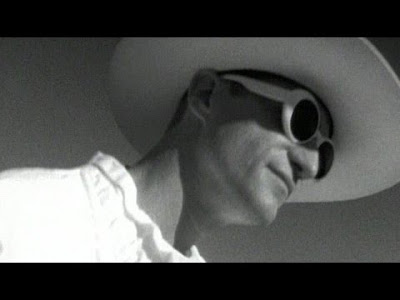 Oh what fun bands had when the CD format really started to take hold at the beginning of the 1990's. Hidden bonus tracks began to be concealed at the end or, more irritatingly, before the beginning, of increasing numbers of albums. I'm sure there are still CD's in my collection featuring hidden tracks that I've yet to discover. A particularly time-consuming example of the trend was Cracker's second album 'Kerosene Hat', issued in 1993. Tracks 1-12 are quite straight forward, forming a very worthy successor to the band's self-titled début, released the previous year. The end of the album proper is followed by two short tracks of silence before 41 seconds of random noise entitled 'Hi-Desert Biker Meth Lab' appears to bring proceedings to an end. But no, oh no, the fun is only just beginning. Next comes no fewer than 54 tracks, each comprising between 3 and 6 seconds of silence, before the epic 'Euro-Trash Girl' bursts from the speakers. Then another 19 short silent tracks leading into 'I Ride My Bike' and a further 11 (taking the bewildered listener to Track 99!) before the whole shebang really does conclude with a half-hearted demo of the album's title track.

'Euro-Trash Girl' was already a live favourite with Cracker fans before the release of 'Kerosene Hat' and would rise to even greater prominence the following year as the title track of a 5 song EP.

Hidden tracks seemed like fun for about five minutes. This example is pretty extreme. It took me about ten years to discover the hidden tune *before* the start of British Sea Power's second album, only to discover it was hardly worth the wait.

Kerosene Hat was a cracking album (pun intended). Movie Star remains a big fave. I had no idea there were so many bonus tracks though. Back in the day, my local pub had an awesome jukebox which included both Nevermind and In Utero. There was always some prannet who thought it would be mightily amusing to put the last track of each on. They both had 20+ minutes of silence at the end followed by a long tuneless dirge.

I knew where the 'reject' button was behind the bar though.....

The hidden track at the end of the Second Coming was 'hilarious'.
Swiss Adam

They've taken that too far Swede

I hated hidden tracks. There were some very good ones, but I bloody hated having to record them, edit them, save them, burn them so they were listenable with the rest of the album. And the rewind from Track 1 kind were the absolute worst!

Yep, hidden tracks were for smartarses and completely unforgiveable.....and yet..and yet...Cracker for producing this unsung masterpiece Big Dipper http://tinyurl.com/lwa5ltg can be forgiven for almost anything