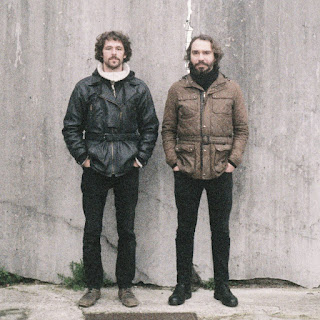 In spite of what your ears may try to tell you, Paisiel is the work of just two men, João Pais Filipe and Julius Gabriel. Their self-titled debut actually emerged last year, on cassette only, via the Portuguese label Lovers & Lollipops, though thankfully the marvellous UK based independent Rocket Recordings has now seen fit to give the album a proper LP release, albeit as a blue vinyl limited edition of just 500. Instead of flailing around for an adequate way to describe this essentially indescribable music, I'll share a simple, but accurate quote from a review: '...a rhythmic plane between Africa, techno, krautrock, and minimalism...'

'Paisiel' will feature among my favourite records of 2019 come December, of that I have no doubt whatsoever.

This one is new to me, Swede and I loved this psychedelic noise. Something I will investigate for more.