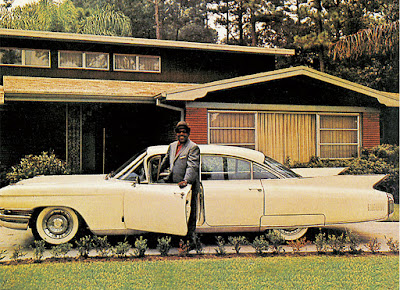 Junior Parker's 1970 LP, 'The Outside Man', included no less than three Beatles covers. 'Lady Madonna' was pulled from the album as a single, but for me it's the versions of the less obvious 'Taxman' and 'Tomorrow Never Knows' that really hit the spot. What a voice the man had.

Not easy songs for anyone to cover, Mr. S, but you're right - Junior pulls it off nicely. I'd never heard either of these before, so ta for posting them! If I could only choose one for my ipod playlist of favourites, I guess it would be 'Tomorrow Never Knows.' (Also ideal for the 'Late-Night' set of tunes.)

Not heard these before and both utterly wonderful. Another album I must track down. Thank you.

I only own one physical Junior Parker album and unfortunately it isn't this one! I've got my eyes peeled, though I think that it may prove an expensive purchase!

Now that's what I call putting your own stamp on a song. Great interpretations!

I think it may be possible to pick up at Amazon for around £9.00 plus postage from the US. Not bad.

The Taxman cover is very very good. Isn't this the same Junior Parker who did Mystery Train?