What Are You Going To Do With Your Life?

This past week has seen a fine celebration of all things Crucial Three related in my little corner of the internet, with many of my favourite bloggers digging deep into the respective careers and back catalogues of Messer's McCulloch, Cope and Wylie. When leaving comments on a couple of those blog posts, I've mentioned my own fondness for an oft overlooked work in Ian McCulloch's canon, 'What Are You Going to Do With Your Life?' by Echo & the Bunnymen. The LP was released in 1999 on my 39th birthday, at a time when my record shop was going down the tubes and my personal life was in a certain amount of turmoil too. Perhaps that's why the title, 'What Are You Going to Do With Your Life?', struck such an immediate chord. That and the air of melancholy hanging over the whole album ensured that it was on heavy rotation both at work and at home for much of that period. 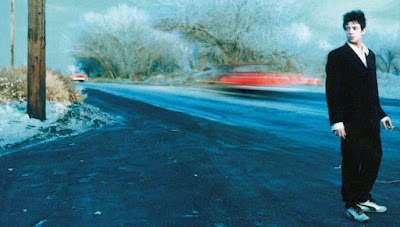 Will Sergeant reportedly hated 'What Are You Going to Do With Your Life?' and one can sympathise with his predicament, as there's not that much for him to do on it. With hindsight, the album could almost be categorised as an Ian McCulloch solo venture. On the desolate 'History Chimes' it virtually is.

I have to say I have been with EATB since Crocodiles and have always bought/download any new album....nice to here this again and I am a sucker for that voice.

Apparently this is a period in the band's history I should have paid a little more attention to. This is wonderful. As Old Pa says, quite a voice.

I'm on a one man crusade! It's such an overlooked album in my view.

I love WAYGTDWYL! Yes it is much McCulloch and without a lot of Will, but it explores a place that I think The Bunnymen should have attempted post Ocean Rain. Where the eponymous album was an over produced and under thought out affair, this second of their reformed brace of releases really had a defined focus and emotion. I think the only thing that could have made it better than it was, would have been getting Robin Guthrie to produce the album....Will may have found more voice as well. Guthrie produced Ribbons & Chains for Mac - the song that is at the heart of this album in that the first single Rust is a reworking of it. Guthrie behind the boards would have taken this great Bunnymen album to masterpiece status in my view.