The Night Grows Darker and the Day Grows Dim 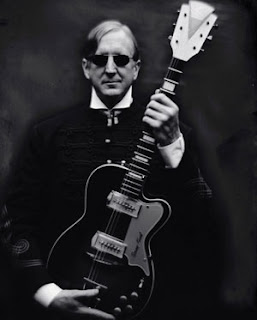 January 14th marked the 70th birthday of T-Bone Burnett - singer, songwriter, member of Bob Dylan's Rolling Thunder Revue, Grammy Award winner for the 'O Brother Where Art Thou' soundtrack and noted producer of records by such artists as Elvis Costello, Los Lobos, Roy Orbison, Elton John, Robert Plant, Gillian Welch and Joe Henry. With all the success of his extra curricular work, it's easy to overlook the fact that T-Bone has also maintained an impressive recording career since the early 1970's. Here's the beautiful 'River of Love' from his self titled 1986 LP, my favourite of all his albums.

Great to remember him as a great Artist. Excellent choice btw. Swede

I have been following him since he was one half of the Coward Brothers with Costello in ‘85. I will gladly celebrate his birthday with you. What a talent!

I reckon this album in particular would be right up your street Charity Chic.

As a film enthusiast, I know T Bone Burnett via his soundtrack contributions. I'm not familiar with the solo stuff. Seems like he's been around the music scene for a good long while! Thanks for recommending his 1986 album