No Easy Way Down 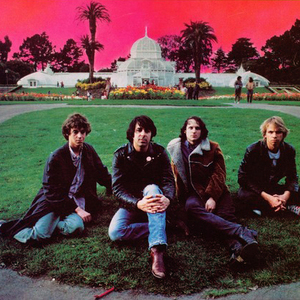 This past Wednesday, Paisley Underground veterans Rain Parade were both mentioned in dispatches over at Across the Kitchen Table and had a couple of their tunes featured at For the Sake of the Song. I was fortunate enough to see the band a handful of times during their mid-80s heyday, including their first ever UK show at Dingwalls in London. The highlight that night, as most nights, was this woozy epic.

Love this. Not overly familiar with that much by The Rain Parade but like what I have heard

Sadly never got the chance to see them live but I always liked what they made. Timeless music.

Oh, brilliant choice, what a vivid memory jogger of record shop days and psych revivals - I so loved that album, and that song in particular, just wish I could've seen them too!

Right in my wheelhouse, Swede. I fell hard for the entire Paisley Underground scene. I suspect your choice of song will help sell a couple of copies of Explosions In The Glass Palace.

Not familiar with the Paisley Underground movement, I'm intrigued, and will look into the associated artists. Psychedelic/jangle pop is an interesting mix.

The Rain Parade album with the budgies on the cover, I forget the name, was a constant in second hand record shops in the late 80s/early 90s. They must have produced vast quantities of it.