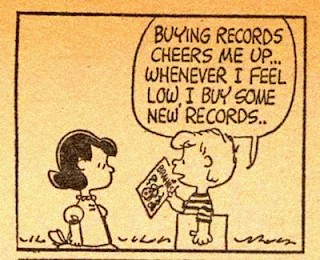 As we're celebrating Independent Record Store day, here's something I purchased in 2009 from Permanent Records in Brooklyn, solely on their recommendation, which in turn was based solely on the other purchases I made that day. The self-titled Floating Action album became a favourite of that year and perhaps one I would never have discovered had I not been in that store at that time.

Floating Action has released three albums and is essentially a vehicle for Seth Kauffman who plays everything on the records, drafting in extra musicians for live work. Kauffman also produced the brand new Benny Yurco album 'This is a Future', another fine bunch of tunes I might not have heard had I not walked into that store on that day in 2009.
Posted by The Swede at 20:45

Both of these are really good. Thanks for the tip.

As much as I am regularly a victim of Amazon I did purchase some stuff in Bristol's excellent Rise Records this week. If you are ever down that way it is very much an essential stop off point. Hope Record Store Day was a good one for all.

I found myself at Jumbo Records in Leeds, yesterday afternoon, watching Dodgy play a sublime 40 minute set. Afterwards Matthew, Nigel and Andy signed a copy of 'Stand Upright In A Cool Dry Place' for me. I'll probably post a few words/pix tomorrow.