I Should Be Dealing With My Demons, But I'm Dodging Them Instead 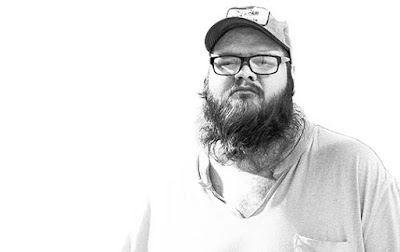 Oklahoma born John Moreland's musical journey has taken him from the hardcore metal bands of his youth to his current status as an American roots inspired troubadour. He has released three solo albums along the way (including the recent 'High on Tulsa Heat'), but only came to my attention via a show-stopping performance of ‘Break My Heart Sweetly’ on Stephen Colbert's Late Show in February. Moreland is playing a one-off show at the Union Chapel in London on May 27th. I wish I could be there. I suspect it'll be quite an evening.

(As you read these words, Mrs S & I should be wending our weary way back from a long hectic weekend in the crowded metropolis, to our quiet home beneath the big Norfolk skies. Over the next few days I'll be trying to catch up with what's been going on while I've been away.)

I hope all went well in the city for both of you and that Mrs S's exhibiting was a great success!

As C said - a lovely voice

Thanks for listening all you C's. Mrs S did good!