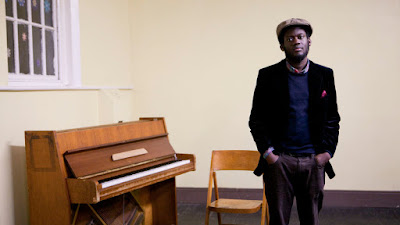 I received a letter from the DVLA recently, informing me that my driving license was about to expire, so I diligently filled in the renewal form and got a new ID photo taken. The difference between what I saw in the new photo and the one on my ten year old license was even more striking than I was prepared for. The face in the recent photo looks a bit like my Mum, a bit like my Dad - hell, I even see a bit of my paternal Grandmother, a woman who died in 1966 and I barely remember. When comparing the two photos, I was confronted with the stark reality of how obviously I've aged. Ten years gone, in the blink of an eye. Next stop 2027.

Michael Kiwanuka's recording career began in 2011, though I really got to grips with his music in 2016 with the release of his second LP 'Love & Hate'. This is Kiwanuka's contribution to Mojo magazine's 2015 various artist re-imagining of the 1975 Led Zeppelin LP, 'Physical Graffiti'.

Is this a different Michael Kiwanuka?
https://michaelkiwanuka.bandcamp.com/

I think you're right George.

A much lovelier voice than Percy Plant! I like.
Ten years, though... oh....this is our lives hurtling past like a runaway train, hold onto your hat!

I feel your pain - Ten years ago feels like yesterday and I am starting now to see my mum in photos of myself.

Good excuse to play this tune though so always a positive!