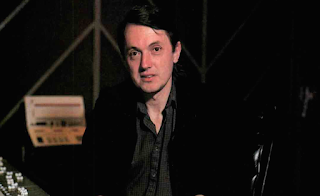 The dismal year of 2016 landed one final blow on Monday, with the belated announcement of the death of noted producer and engineer Bill Price on December 22nd, at the age of 72. In a career which started in 1965, Price twiddled the knobs for a rich and varied cast of characters over the years, including Tom Jones, Pete Townshend, Davey Graham, Englebert Humperdink, Peter Cook, The Pretenders, Bill Fay, Free, Paul McCartney, British Sea Power, Mott the Hoople, Human League, Camel, Sparks, Roxy Music, The Saints, TRB, Elton John, XTC, Guns N' Roses and many more - plus of course he worked with both The Clash and The Sex Pistols, virtually simultaneously.

Bill Price was a quiet giant of the recording industry for over 40 years and his passing will be mourned by artists and audiences alike. Here are just three examples of his production talent.

A great and varied career and now I will listen again to the Racing Cars track which is always guaranteed to bring back memories of school discos for me. Good ones too.

Wow, that is an extremely varied and impressive roster! I had never heard his name, but it's clear from this that I must've heard him many times in his producing capacity. I suppose few producers got much in the way of public recognition until recently; now it seems to be a very different matter with so many considered artists in their own right and with credits to match. RIP Bill.

Jamie. I included the Racing Cars tune (which I still have on 7") particularly because Price was working on it almost at the same time as The Clash and Pistols. Sonically it couldn't be much more different.

C. I knew a few of the artists that he worked with, but when I started researching the names kept coming and coming.

SA. Yep, a total hero to all us Clash fans. 'London Calling'? To paraphrase Brian Clough, I wouldn't like to say it's the greatest album of all time, but it's in the Top One.

A recording giant! Someone any self respecting punk rocker must be able to discuss.

Quite a legacy to leave - He must have had quite a life but suddenly 72 doesn't seem that old. RIP Bill.

Racing Cars song is brilliant and a good legacy to leave behind. Today was the first time I heard it, thanks for sharing.