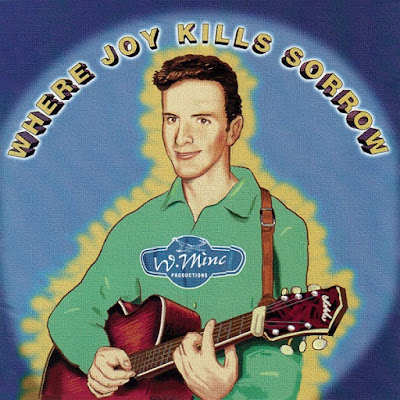 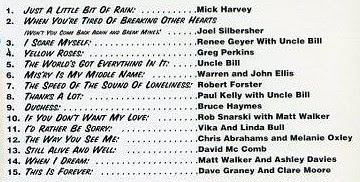 A quick heads up for fellow fans of The Triffids, Go-Betweens, Moodists, Blackeyed Susans, Bad Seeds and alternative Australian music in general. In 2000, producer and steel guitarist extraordinaire 'Evil' Graham Lee put out a country infused compilation entitled 'Where Joy Kills Sorrow', which featured otherwise unavailable performances from a whole host of his showbiz chums. The album has been a little elusive in recent years, but word has reached me that some sort of limited reissue is in the offing. There's no confirmed information yet, but keep 'em peeled!

Robert Forster - The Speed Of The Sound Of Loneliness
Posted by The Swede at 07:00

Ah, Robert. Swede, will he be coming to your neck of the woods on the book tour? I know our friends in Glasgow are covered because he's coming to Monorail. Couldn't be more jealous.

Sadly not Brian. I look forward to reading all about over at their places though.