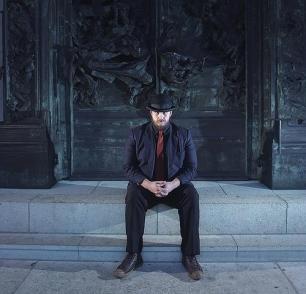 BC Camplight is the artistic nom de plume of American singer-songwriter Brian Christinzio, who now resides in Manchester. The woozy, Beach Boys-ish 'Thieves in Antigua' is taken from his most recent LP 'How to Die in the North', which was released on Bella Union in 2015. New music is expected in January next year.

BC Camplight - Thieves in Antigua

Don't know this guy at all, but I really like it. Bella Union has a great track record too. Thanks for this.

This is a truly splendid track.