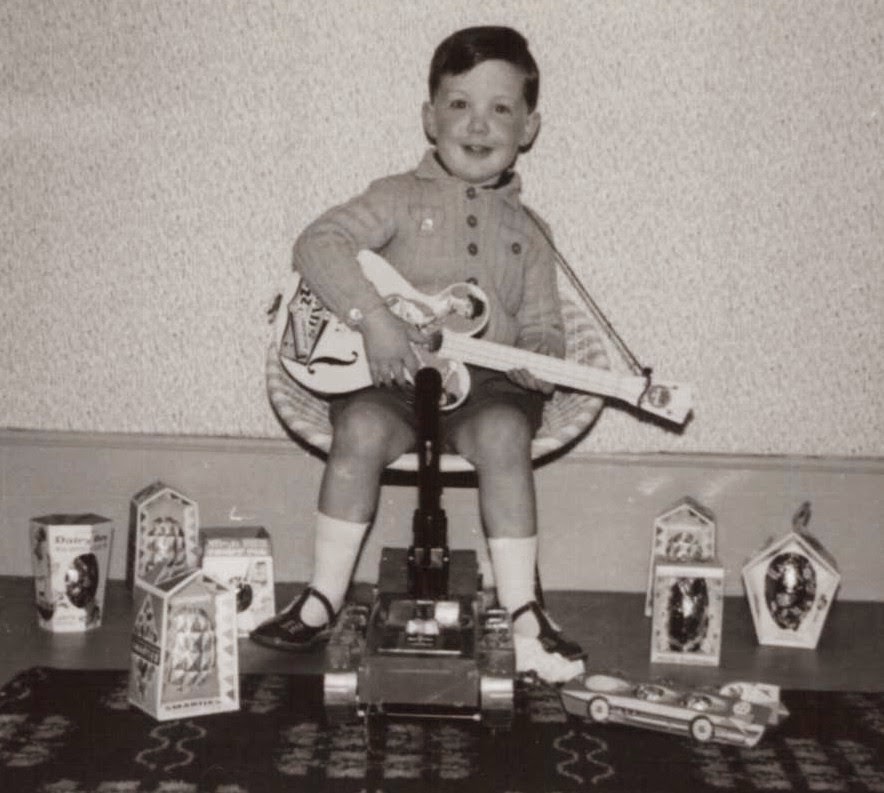 Buddy Holly, Roy Orbison, even Frank Sinatra. All artists introduced to me by Dad. Pretty good really. He could so easily have gone down the Black & White Minstrels route like many others of his generation, then where would I have been? Anyway, add Dusty to the list. The Springfields were big favourites of his, particularly popular, I seem to remember, as a soundtrack to any decorating going on in the house - an empty room devoid of wallpaper providing the perfect acoustics for Dad to sing along.

'Say I Won't Be There', a slightly punchier single than some of their folkier efforts, still sounds fine.

Cool Dad - even got in there early with Dusty.

Ditto SB. And that looks like a fine guitar you have there, boy!

Thanks SB & C. I wish I still had that guitar...and tank!

At first I thought, "Oh no, locked out again!" but someone has posted a copy that's accessible to those of us buried over here in the snowy wastes of Canada. ;-)

I'd previously only heard The Springfields 'Silver Threads and Golden Needles.' It was a hit here in '62 and I have a big old soft spot for it.

It sounds as if your Dad was very 'engaged' with you - that's a wonderful thing.