In addition to the vacuuming duties that I detailed in a recent post, my other key role in this house is, much like Keith Flint, as a firestarter. That is to say I bring in logs, saw up the scrap, chop the kindling and generally prep the wood-burner for action.

Thus it was that last night I diligently screwed up several sheets of newspaper, liberally sprinkled some finely chopped kindling, applied a match and then added scrap wood to get the flames really burning. It was only when I sat back to bask in the warming glow that I sensed something was amiss. What was it? Then it hit me. As I've already mentioned, any fire in our house is traditionally located within the confines of a wood-burner, this one though, was roaring away on the sofa. I'd accidentally lit a fire on the sofa! Panicking, I ran into the garden, grabbed a spade and lifted the whole blazing, popping pile of scrap as one, throwing it into the wood-burner and slamming the doors to seal it in. Needless to say, the room was full of smoke by this point, making me cough, splutter and retch. And it was coughing and spluttering that I jolted awoke to find that, thankfully, I'd been having another particularly vivid dream. So vivid in fact, I swear I could taste the smoke and feel the heat of the flames. It was a weird one. 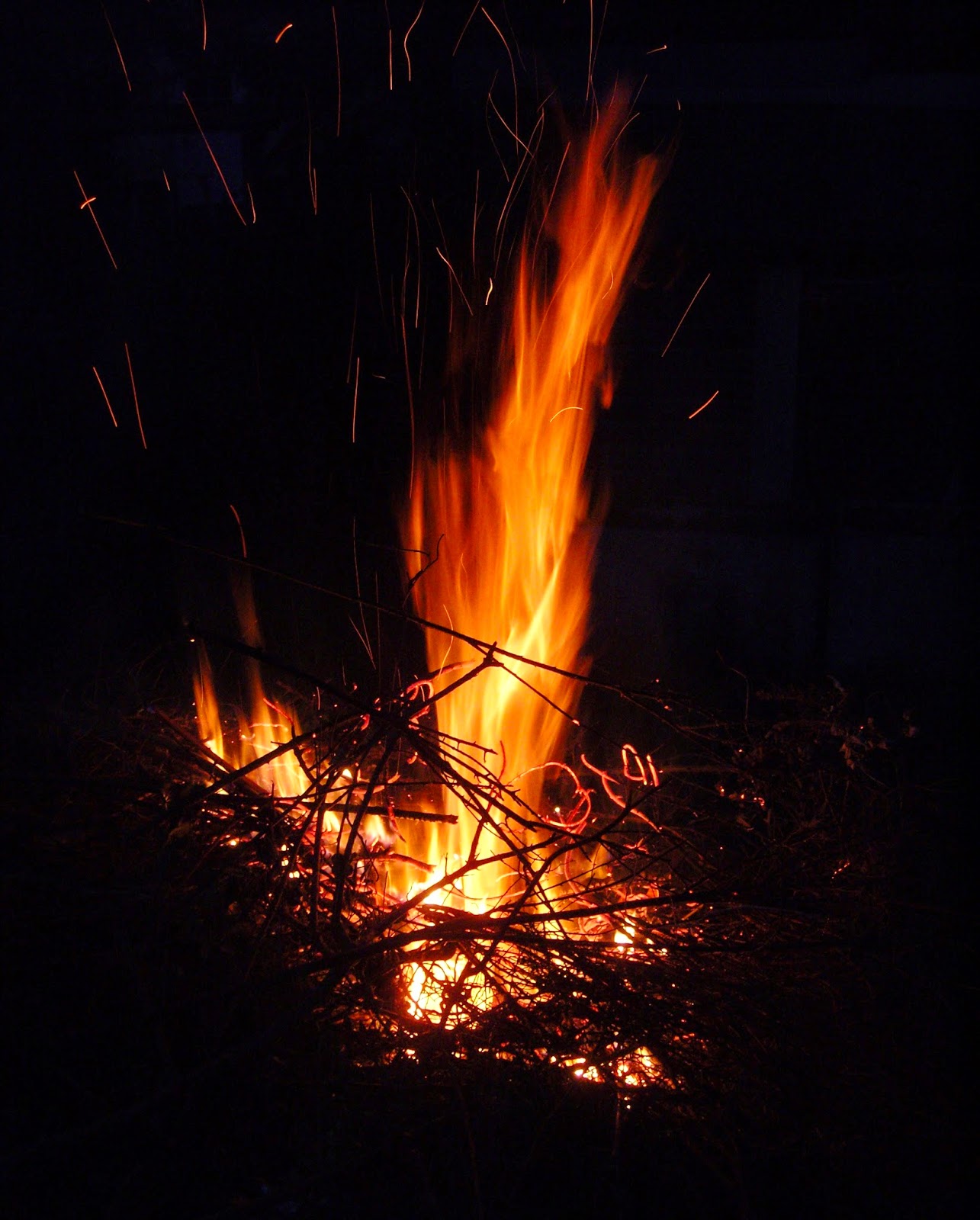 A fire on our allotment a couple years ago, far from any household furniture.

Hence today's trio of Fire related tunes taken from the vaults of the Black Ark. First up, Truth Fact And Correct's 'Babylon Deh Pon Fire' from 1976, written and produced by Lee Perry.


Next, Jah Stitch, who definitely taped 'Burning Fire' at the Black Ark, though I can't confirm if Scratch was behind the desk for this session.

You had me worried for a while there Swede!

Me too! I was just about to pile some blankets and buckets of water into the car and come rushing up...
It's staggering how vivid some dreams can be too. I can only guess that you must have been very very warm in bed at the time...

Thanks guys. It was the second ultra vivid dream I've had this week. The first one involved a lot of blood, so I won't share it!

Very cleverly written, Mr. S. You had me on the edge of my seat! I don't think I've ever dreamed about fire, but I do have recurring dreams that I'm trapped in a speeding high-rise elevator which shoots through the roof. Fortunately, I wake up before it begins its fall.

Your second dream must have been a particularly disturbing one. We do live in an age of anxiety . . .

Yes, I really was wondering how on earth you'd managed that horrifying feat (a rather more dramatic version of how I put a bag a sugar back in the fridge the other day - this forgetfulness gets worrying sometimes) but was relieved to find it was a dream - if a little nightmarish. Top tunes, as ever. Talking of dreams, had a really mental one last night...hang on I can feel another post coming on.

Gosh! What's coming next in your dreams. You had fire and blood - will it be Armageddon? If you are able to choose songs like these I am not hopeless.

I actually have to guard against things like this...just yesterday I opened the door on my closet in the bathroom instead of the water closet...to urinate. I put so many things on autopilot...but, it's hardly a failsafe system.

Erik - if it makes you feel any better Mr SDS has done a similar thing. He opened the lid of the loo (water closet?) and threw his dirty socks in. It's just fortunate he realised the mix-up before he urinated in the linen basket...

But don't tell him I told you.

Autopilot is a strange thing. It's scariest when you're behind the wheel of a car and you suddenly wonder where all those miles went.
I also frequently confuse the cupboard and the fridge.

As I was reading this I was saying to myself woh! TS you are going to be in big trouble with Mrs TS, then you saved my anxiety. Top stuff as usual1