My Cousin and I, both only children, grew up in the same house in Walthamstow from her birth in 1963 until the mid-1970's, her family lived upstairs and mine downstairs. Over the intervening years we've remained as close as brother and sister. Since the late 1980's she's lived in New York where she and her husband now have three fantastic kids of their own. 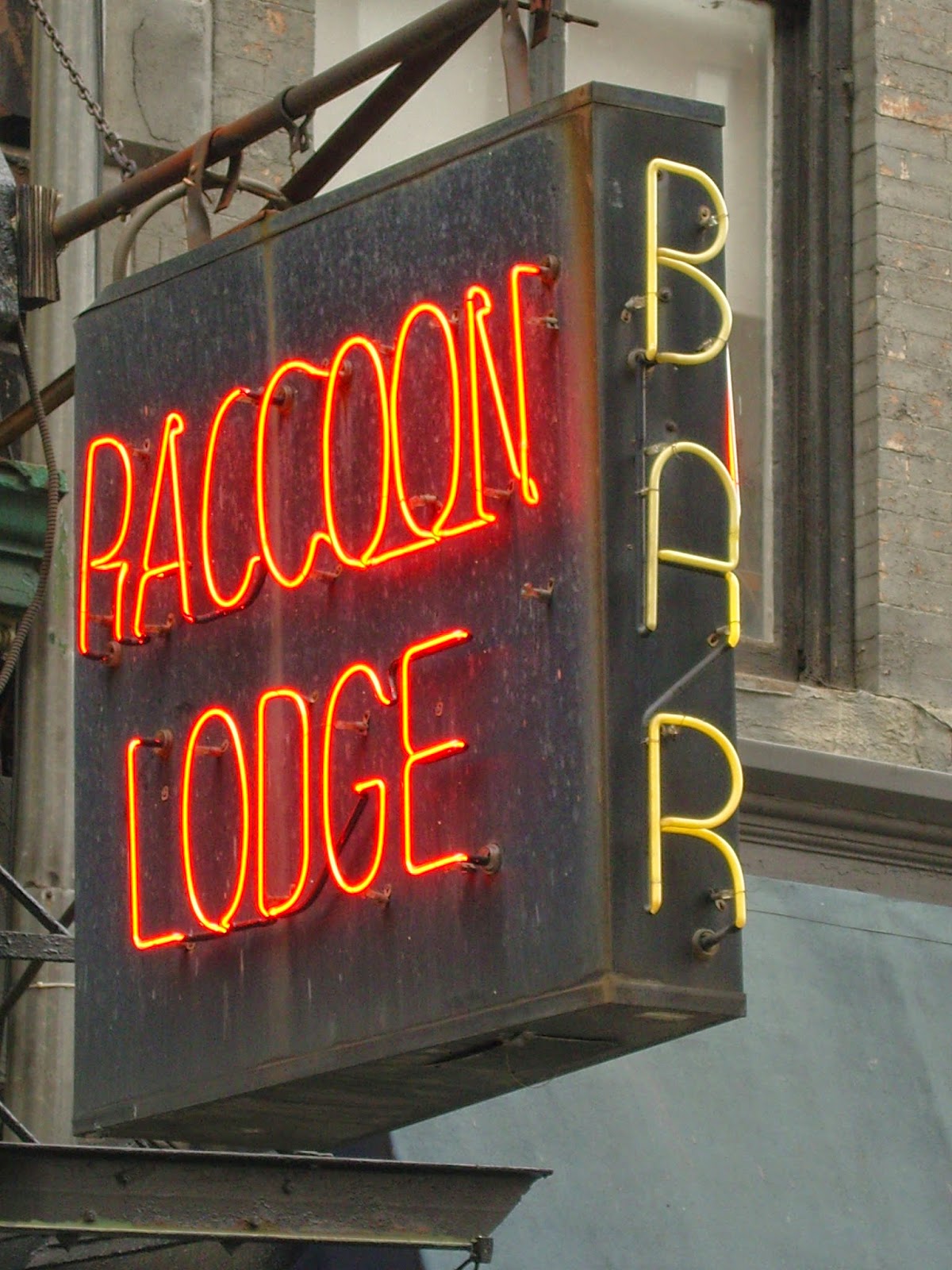 Our local, when we're in New York.

Each Summer the New York contingent of the family come over for a couple of weeks to visit my Cousin's Mother, who's now in her mid-80's. In 2009 they spent a week of their stay at Centre Parcs and invited my Mum along to share their holiday. Mum had a great time, still in relatively good health and was clearly invigorated by spending time with the kids. 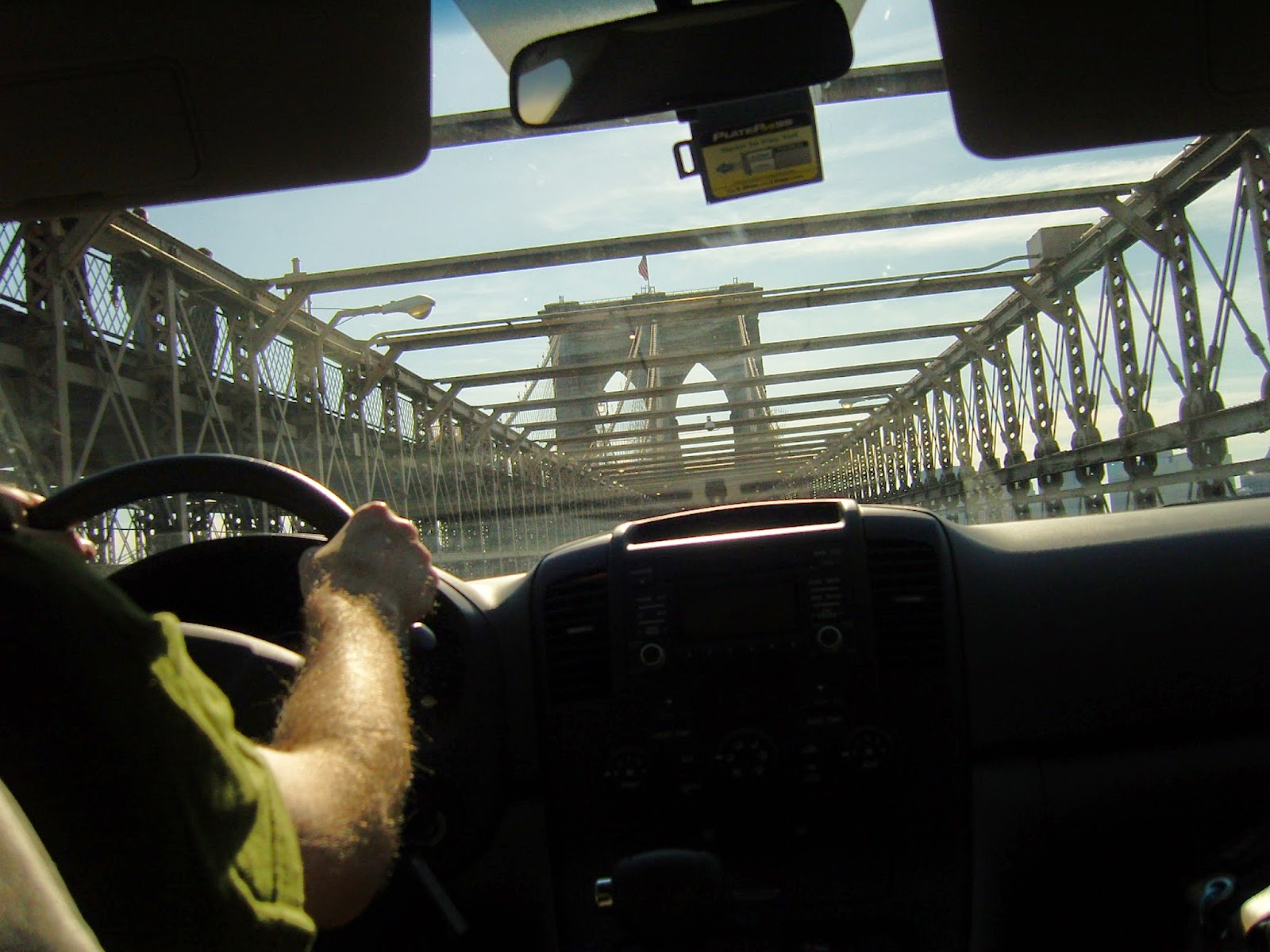 In October of 2009 Mrs S and I took ourselves off to New York once again, to catch up with the family on their own patch. I'd finally cleared all of my record shop debt over the previous couple of years and our belts weren't quite so tight. The pressure for continued financial growth at work was immense though. The company expanded at an alarming rate, results were everything - and needed to be achieved by whatever means necessary. I could do the job and do it quite well, but I was increasingly uncomfortable in the corporate world.

Manhattan from the road.

While in New York, Mrs S and I caught several concerts, but were frustrated to note that Vic Chesnutt was playing the Bowery Ballroom on October 26th, the night we were due to fly home. We'd seen Vic live a couple of times on previous visits, though this time he was touring on the back of his new LP, 'At the Cut', with a fine band comprising members of Thee Silver Mt. Zion and Godspeed You! Black Emperor. I hoped for snow so that our departure might be delayed and allow us to attend, but we flew out, as planned, on a mild clear evening. Maybe we'll catch him again next time, I thought. 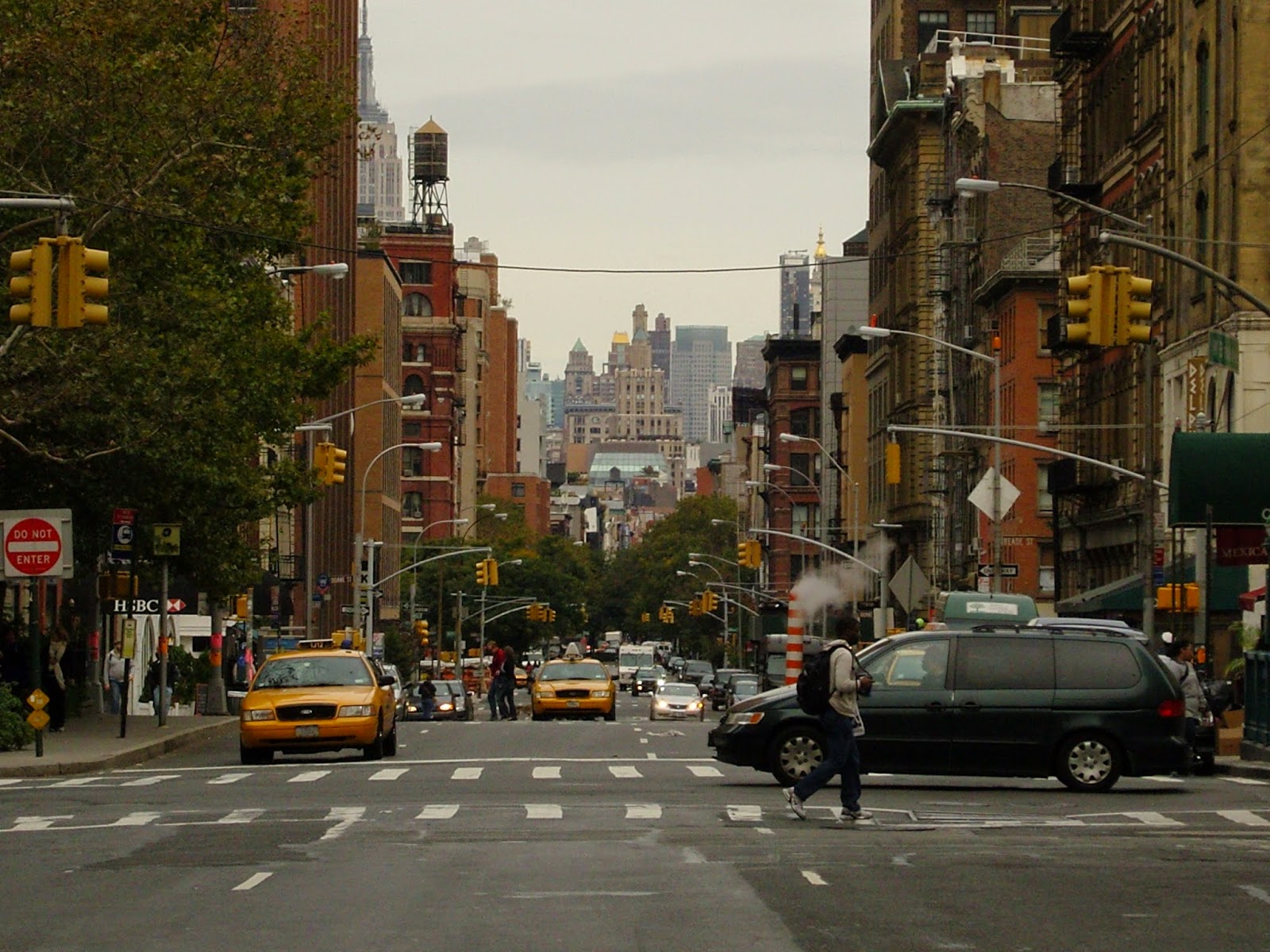 'At the Cut' is an intense piece of work, dark and raw, nowhere more so than on 'Flirted with You All My Life', a song only matched by Nick Drake's 'Black Eyed Dog' in terms of its utter bleakness. Tragically, there would be no next time to see Vic Chesnutt. He took his own life two months later, on Christmas Day 2009.

You're an only child too?? I'd never have guessed that, mainly because you seem very outgoing (as I am not.) Goes to show that you can't really gain more than a "shadow" impression of people via internet communication. I was saddened to read about your Dad, but, based on what you've written and the photos of the two of you together, he must have been very proud of you.

P.S. Hope you're over your illness now, Mr. S. (I restored the links on the posts you'd missed.)

Another great post about you and your life, Swede. It's sad that the story will end next week. It's seldom that a family sticks together like yours.

Sadly I never saw Vic live but it's good to read sometimes about him. And by the way your yesterdays chant is awesome.

Singing Bear. Indeed, a tragedy. I'll no doubt return to Vic at some point.

Marie. I'm actually crushingly shy, but working in retail for all those years forced me to confront that shyness. I learned to bluff my way through across a counter, but I'm still dreadful in social situations.
Thank you for your kind words about Dad. Revisiting our relationship via these posts has been very rewarding.
I'm still feeling utterly retched! Going back to bed in a minute.

Thanks Walter. The story 'so far' may end next week, but hopefully there'll be plenty more to come in the future! Glad you enjoyed yesterday's Villalobos track. I think I'm about done for the really extreme stuff now!

I missed the start of your story but have been going back and reading through. It's quite a cathartic experience sharing your experiences in writing, isn't it? I wrote a couple of very challenging (for me) pieces and felt all the better for it.

You mention you rgrowing disillusion with work......is this another of those little snippets that suggest great changes to come? I await the next instalment eagerly.....

Marie. Feeling a lot better, I settled down to catch up with some of your posts yesterday, but was disappointed to find that the whole blog has gone - again!