My self-imposed rules going into this series (I do like a self-imposed rule) were; a) No tunes that have previously graced these pages, b) No appearances from any of my all- time favourite bands, c) One song per artist, d) No photos I've shared before and e) No stories I've told before. As '55 From 55' winds down, I can say in all honesty that while none of the above rules have been badly broken, some of 'em have taken a bit of a bending. We're now into the years where I was really having a proper crack at this blogging lark after initially just playing around with it and therefore I realise that I'm at a greater risk of repeating myself, so these last few posts will be more in the nature of a general rounding-up of present day life in and around Swede Towers.

A while back, I found myself musing (here) on the total number of places I've called home so far in my life. In October 2011, after a few frustrating legal delays, I, along with Mrs S, moved into what I calculate to be my 14th home. We're in a small village, though just a mile across the marsh from the nearest town. Our house used to form part of a much larger one, but the two were divided in a roughly two thirds/one third split. We're in the one third bit and we call next door 'the big house'. In the second half of the 19th Century the building was the village shop and close inspection of the brickwork, internal and external, shows the ghostly outlines of where original configurations of doors and windows once were. This is how the it looked back then. 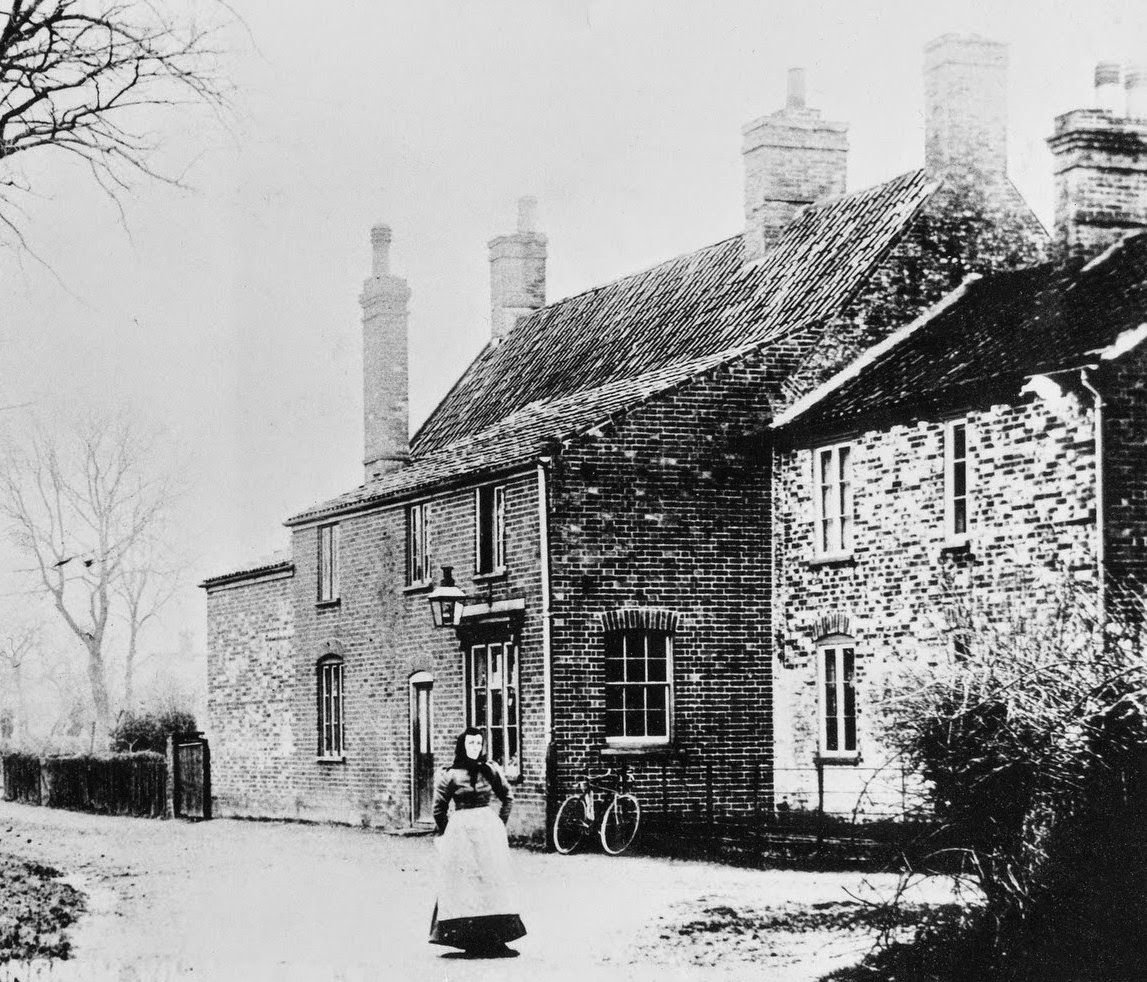 I'm currently sitting at the window above the lamp, which is presumably positioned to light the shop window. The lamp is long gone, as is the window. Below me now is our street door.

Baltimore's Lower Dens have just issued their third LP, 'Escape From Evil'. The record is the follow up to 2012's 'Nootropics', which featured the fabulous motorik driven 'Brains'.

Looked idyllic back then. I'm betting it's pretty idyllic now.

It's changed very little. If I'd have had my wits about me I would've prepped a 'now' shot to set against how the building looked then.

It's so brilliant that you have that old photo. It looks lovely.

If only buildings could tell their stories - I find them fascinating and enjoy imagining them in days gone by... just think of all the people who've lived there (and in your case, shopped/worked there). Having a similarly old home, I'd love to find an early photo of it, and was disappointed to find that the deeds didn't go back to its origins (we believe it was a tied property for a worker's family and thus belonged to an estate). Might be a pic/more info in a records office somewhere, I'll have to go digging now I've seen yours!

That is a lovely slab.