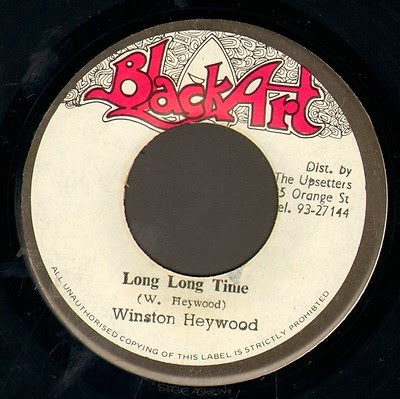 I can tell you very little about Winston Heywood, other than the fact that he was accompanied on his slim catalogue of 1970's singles by, at various times, The Hombres, The Soul Hombres and The Shoemakers. Two of Heywood's singles were recorded at the Black Ark in 1976 under the supervision of Lee Scratch Perry and, as it's been a fair while since the last Saturday Scratch, this one is the appropriately titled 'Long Long Time'.


Previously on Saturday Scratch.
Posted by The Swede at 14:44

Brilliant a first for me...found a couple more by him on Spotify. SC does it again!