Promotional bits and bobs. The ridiculous amounts of stuff that record companies gave away. Quite apart from advance copies of singles and albums, in my time I was given bottle openers, pens, writing pads, bottles of plonk, hip-flasks, towels, cameras, denim jackets, cuddly toys, mugs, tea-pots, mouse-mats, baseball jackets, hats, sunglasses, presentation discs, concert tickets, hundreds of t-shirts, thousands of posters and many more strange and unconnected things that were used to plug the latest releases. Most of these items would come decorated in the band's logo or a sleeve design and the majority of them I would give away to genuine fans of the bands in question, as a thank-you for their custom. I often wonder how many of those freebies subsequently found their way onto eBay, when they were discovered at the back of a cupboard, years later.

1999 was my last full year of trading. HMV and Virgin were busy undercutting each other, supermarkets were selling CD's for less than cost price and a new phenomenon called file sharing was beginning to take hold. It was a very stressful time. No-one knew the full extent of the financial hole I was in, other than my accountant and bank manager and they were both pleading with me to throw in the towel. As midnight approached on December 31st, I took a walk along the prom, which was buzzing with people who were out and about to usher in the new millennium. I left the crowds behind and wandered to the quieter end of the beach and looked out into the darkness as the waves crashed in. I still hoped for a miracle, but in my gut I knew that the game was up. 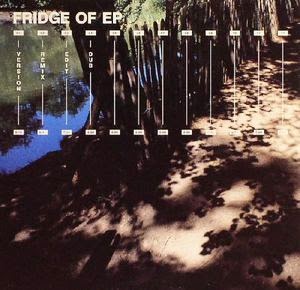 In 1999, ace UK post-rockers Fridge briefly signed to Go! Beat Records, who released the band's third album, 'Eph', as well as a couple of EP's. Kieran Hebden of Fridge later found great success trading as Four Tet. From the 'Of' EP, this is the fantastic 'Remix'.
('Remix' was nowhere to be found online, so this is my first attempt at using Box. Please let me know if I've uploaded this incorrectly!)

The megastores got turned over eventually, not that its much comfort I suppose. The enormous 3 storey site on Market Street bere in Manchester that was HMVs home for 2 decades is now a Poundworld. The difference is Mcr's independent record shops managed to survive. Sorry about your shop Swede.
Swiss Adam

There is a problem with the file uploaded.

As SA said VIrgin has gone,HMV Is a shell of it's former self selling computer games and Glasgow's Tower records has lain empty for years. Not too many indies left -Monorail,Love Music and Missing for 2nd hand stuff.Ironic that those who used local record shops the most feel the most guilty when they go

I thought you were going to say you did a Reggie Perrin that night...
It's such a shame, the way it all changed, but I'm so glad you can say that you did it and you gave it your best.

SA. The pendulum is generally swinging back towards the indies, which is fantastic, though there were a lot of casualties along the way.

alvameida. Thanks for the feedback. I've tweaked it. Any joy now?

CC. Sounds like you have at least a bit of a choice in your neck of the woods. I do most of my buying online these days, but there's really nothing better than browsing through the racks of an actual shop.

C. Some hopes - I can't swim! All a long time ago. I rarely think about the shop much these days, but picking out a few memories for this feature has been fun.