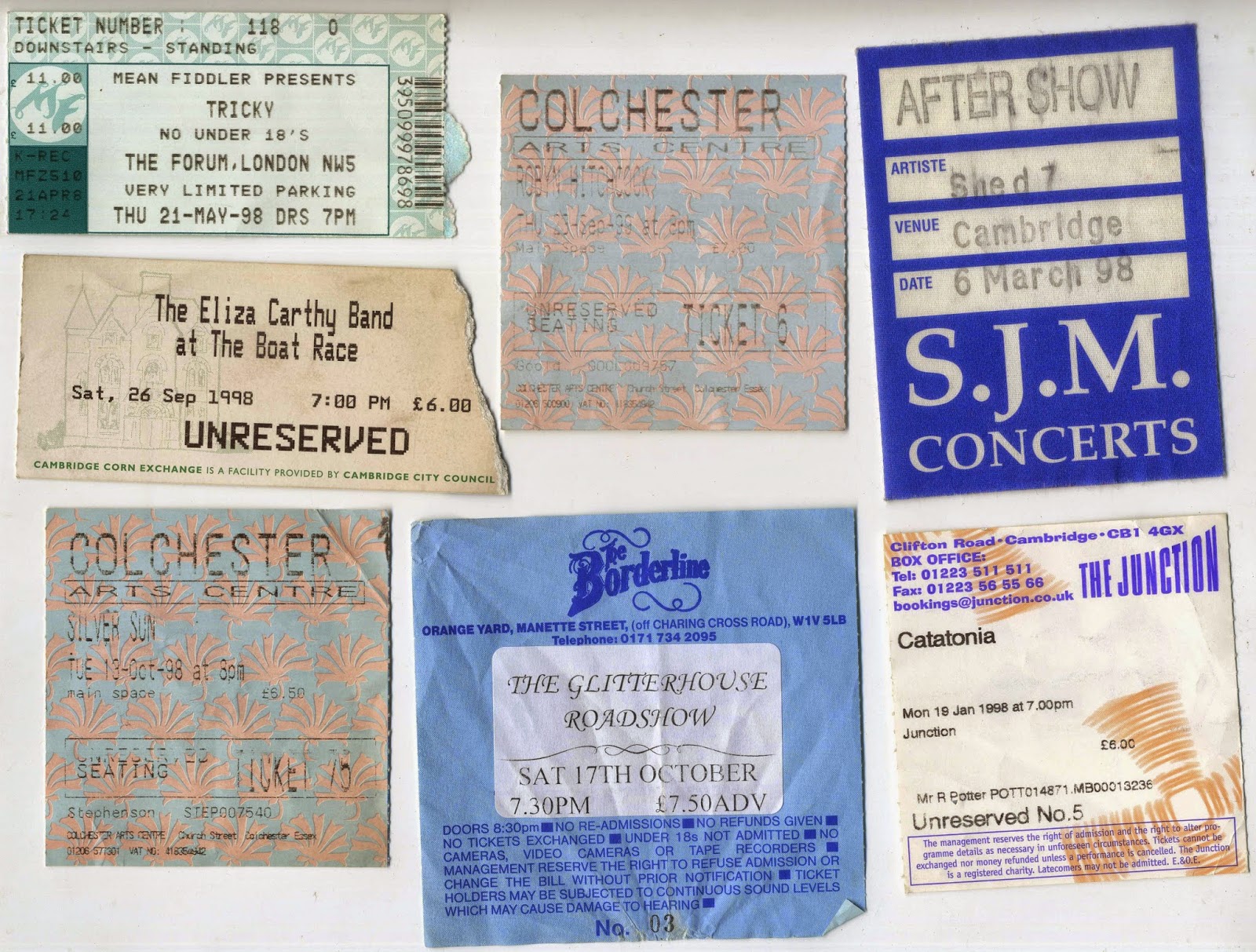 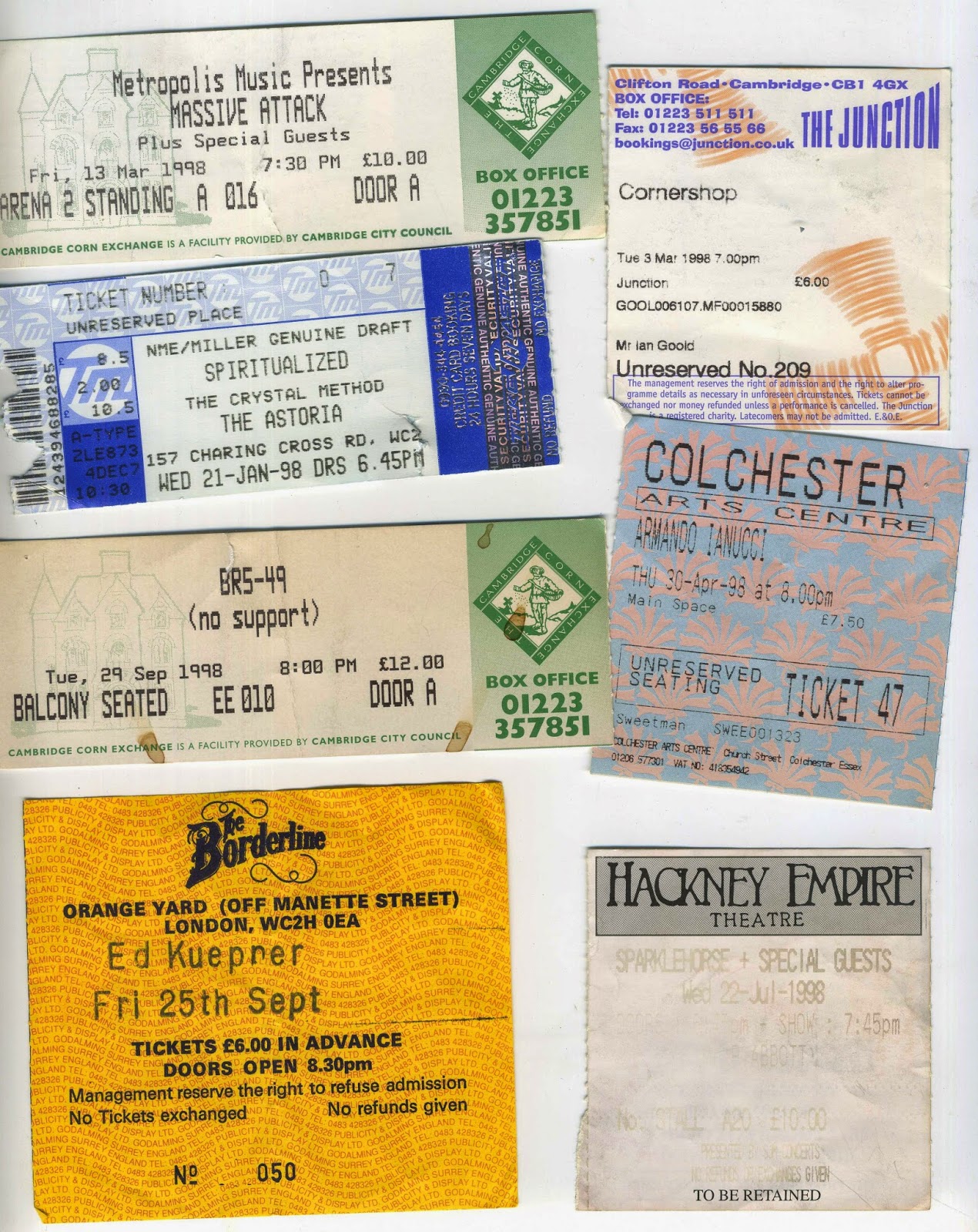 A handy aspect of running a record shop based in such a small town was that the local press were always keen to support small businesses. If anything interesting was going on that I wanted to publicise or promote, I only had to pick up the phone and invariably, someone with a camera would be dispatched to record the event. I featured an example of this earlier in this series, when Donny Osmond came a-calling. Sometimes though, it was the local press who reached out to me. That's how I wound up writing brief record reviews in the newspaper for a couple of years. And every now and then, presumably during very quiet news weeks, they'd offer to run a feature piece on the shop. Here's a photo from one such piece in 1998. Times were getting tough though. I'm putting on a brave face. Either that, or I'm burying my head in the sand. 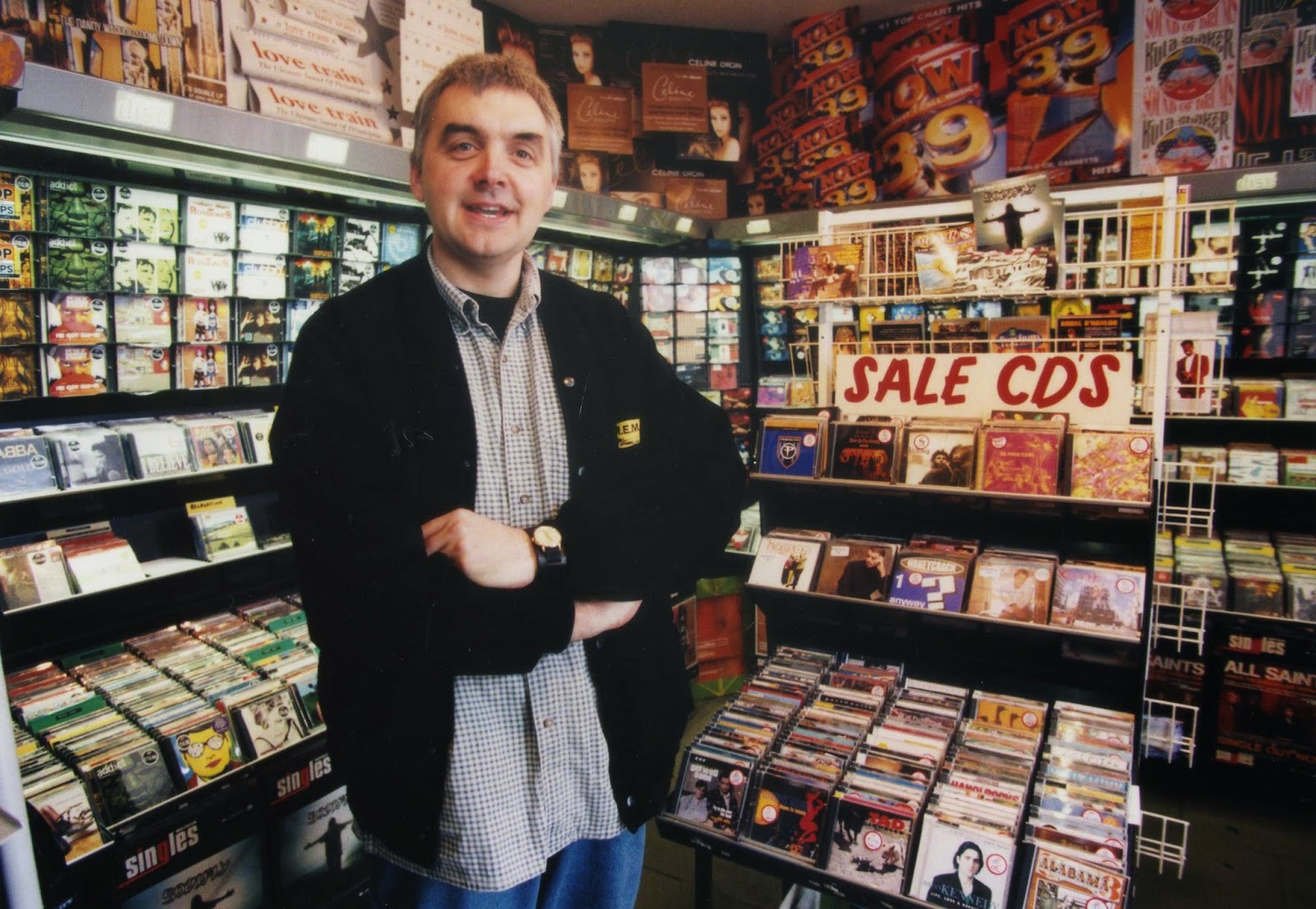 There were some excellent David Holmes remixes around in the late 1990's, his re-imagining of 'If You Tolerate This Your Children Will Be Next' by the Manic Street Preachers is one of my favourites.

That's the first Manic Street Preachers song I heard that I actually liked, and led to me exploring their music a bit more. Your commentary on your shop seems to be leading us to a possibly unhappy ending.......

The Manics got it spot on in this song. Patchy otherwise for me. I fear for your shop too.
Swiss Adam

I like a lot of Manics' stuff, but not all, and not all remixes either.. however, this works for me on both counts.

I'm sure I'm not alone either in finding myself perusing the virtual racks of your shop in this picture!
And as your story unfolds, it's just good to know at least that you're here to tell us all about it 18 years on and still as enthusiastic about music as ever.

George. Funnily enough, this was the last Manics album I liked. I've tried with their more recent stuff, some of which has been very well received, but it just hasn't clicked with me.

Swiss Adam. Patchy for me too. I can't resist David Holmes' sprinkling of fairy dust though.

C. David Holmes had a signature retro remixing style at that time, which was very warm and organic. Glad you enjoyed this one too! Whenever I look at an old photo of my shop (or of any record shop come to that) I always squint my way along the racks to see what I can recognise as well! It never leaves you does it?

Pillar of the community right there. Love that pic today.

You're totally right, Swede. It might be the last good record MSP made at all. And David Holmes was one of the first ones who showed us how a well known song could be sound. Different - but beautiful.

Walter. The recent MSP records had such good reviews that I felt compelled to check them out, but I'm afraid they left me cold. This was where I got off the bus.

I'll take 2 from the top,one from the middle and 3 from the bottom please Carol

Just listening to Lndon Calling again You are right it is there, it is freaking me up after all this time.Brilliant...a few beers and I am back there. Will try and catch up on your odeessey! L OP