At school, we'd all got to that stage of personalisng our exercise books, in my case with T.Rex song lyrics. One afternoon in geography our teacher, the wonderfully named Mr Milton-Polly, holding a pile of marked homework, was shouting out names and passing comments on the quality of each individual student's work as we trundled to the front of the class to collect it. He got to my exercise book, called out my name and while I walked down between the desks with all eyes on me, Mr Milton-Polly looked at the cover and sighed heavily. He'd spotted the lyrics to the current T.Rex single scrawled boldly in felt tip pen by yours truly. As he handed the exercise book back to me he boomed, 'I don't care if you are a Groover honey, please don't...........' I didn't catch the rest of his sentence to be honest, drowned out as it was by the gales of laughter from my classmates. It was a very long walk back to my seat.

In 1973, Walthamstow had a selection of record shops in which to hang out, good, bad and indifferent, but invariably independent. Right at the very top of the market though, in Hoe Street, was a modest sized HMV. Back then HMV wasn't the massive corporation it would become, but it was noticeably more formal (and organised I suppose) than its indie counterparts. One thing HMV did have over its rivals was space for window displays. One Saturday, I summoned up the courage and asked if I could have a poster from the current window display when they had finished with it. The sales assistant told me to come back the following week and he'd see what he could do. So it was that seven days later, I walked the mile from HMV to my house with a 3½ft tall cardboard centrepiece of Marc Bolan, astride a tiger, tucked under my arm. And, 42 years later, I still have it. 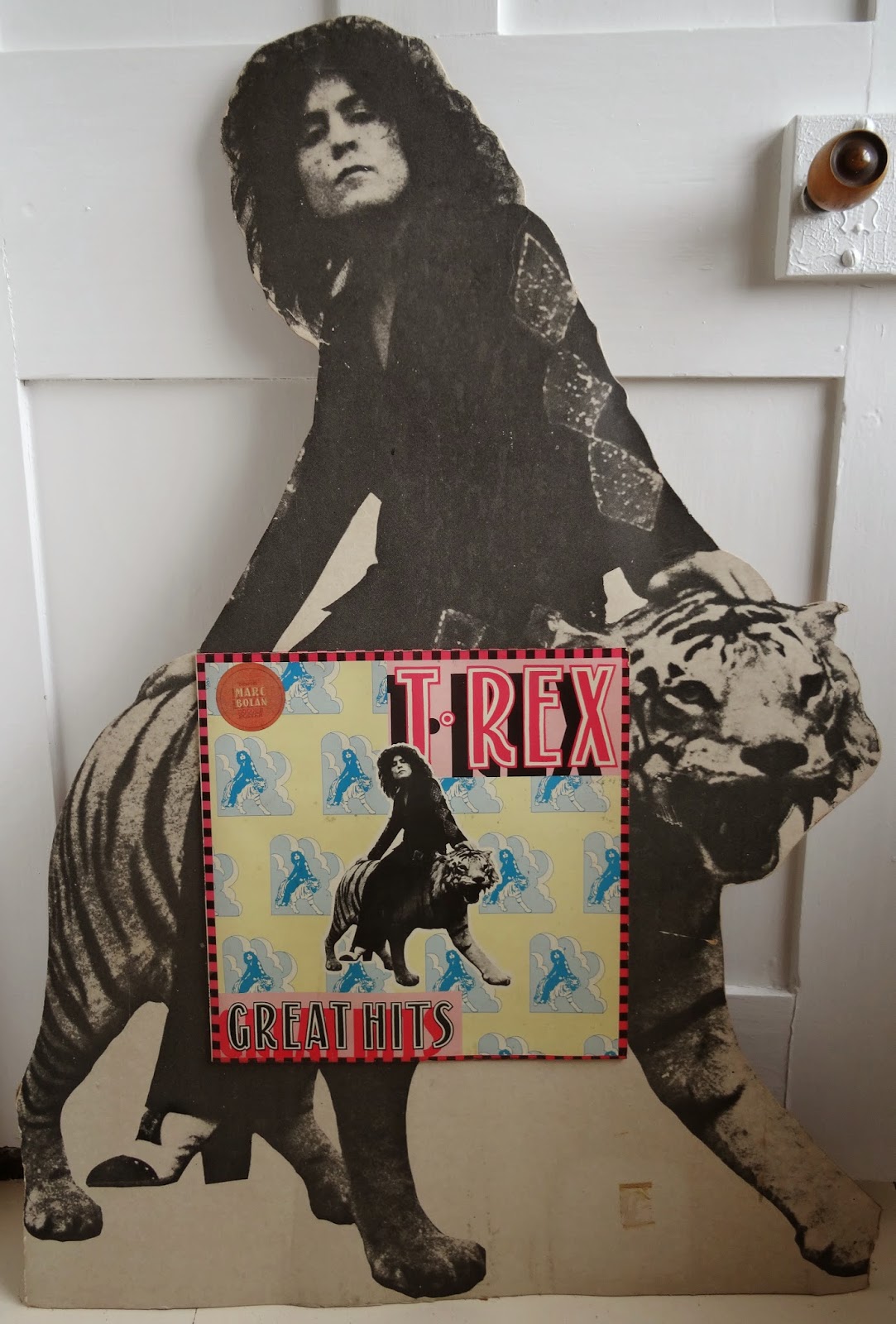 My musical horizons were expanding rapidly throughout 1973. I remember buying Led Zeppelin's 'Houses of the Holy' on the Saturday after its release, The Stooges' 'Raw Power' too. Tangerine Dream's 'Atem' was a blissed out favourite as was Fripp & Eno's 'No Pussyfooting'. And the wait between Emerson Lake & Palmer's 'Trilogy' in 1972 and 1973's 'Brain Salad Surgery' felt like an eternity. One Saturday afternoon, I was round at my mate John's house, admiring a new poster on his wall. It was a photo of a group of pyramids. I asked him where he got it and he explained that it had come free with a new LP, which he then dug out and played for me. That was the first time I heard 'Dark Side of the Moon'. 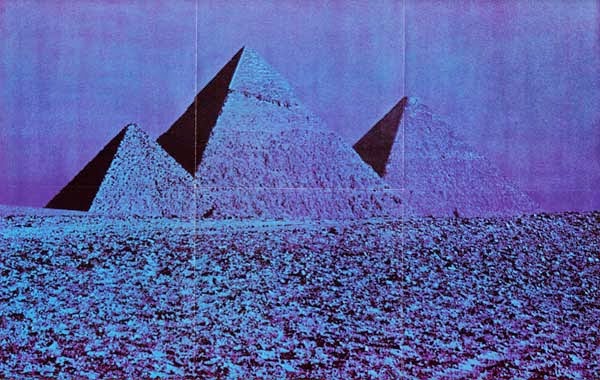 'Frankenstein', a single by The Edgar Winter Group, was a big favourite with me and my pals.


A later appearance by the band on the Old Grey Whistle Test, found me crouched in front of the telly, microphone in hand, desperately shushing my parents, as I recorded the frankly astounding performance on Dad's reel to reel tape recorder. Even Whispering Bob was quite excited by the end of it.

I'm trying to picture what it would have been like to preserve that T.Rex relic through the many many times I have moved in my life. Still looks really good. I love that story, Swede!

As Brian said - another great story, Swede. It is years ago that I listened to Frankenstein. Thank you for bringing back my old memories.

Another fine story from your childhood. I love these photos of your younger self, I would never post an equivalent photo of myself. Great Edgar Winter video, but I think it is further evidence that there is simply no way you can look good whilst playing keyboards.

Are you any relation to Paul Wicker -Tall Vicar?
As C has pointed out you must have been the tallest in your class!

Brian. The secret is that it spent at least 25 of those years safely hidden in my parents' house. It's only missing one of the tiger's paws, not bad going.

Walter. Thanks Walter. I haven't listened to 'Frankenstein' myself for a while, but it still sounds great doesn't it?

George. None of them looked particularly cool I suppose, but what a great racket they made!

CC. I was always the tallest! I had that slight growth pause in 71/72, after which I shot up again, finally arriving at 6'6".

What a delightful story about your Mr. Milton-Polly! You've triggered some memories for me that I'm really going to have to share in the next few days.

I look forward to hearing them Marie.

Brilliant, and that Teacher's name must be used somewhere you could not make that up! Bring back Franenstein I say!