Excuse me while I bend my own rules. I've written previously (here) about the adventures Dad and I shared around the speedways of London and the South East in the 1960's and 1970's. We went to many tracks, but my favourite (and local) team was the Hackney Hawks, whose stadium stood in Waterden Road, on a site that is now occupied by the soulless edifice of the Olympic Stadium Media Centre. 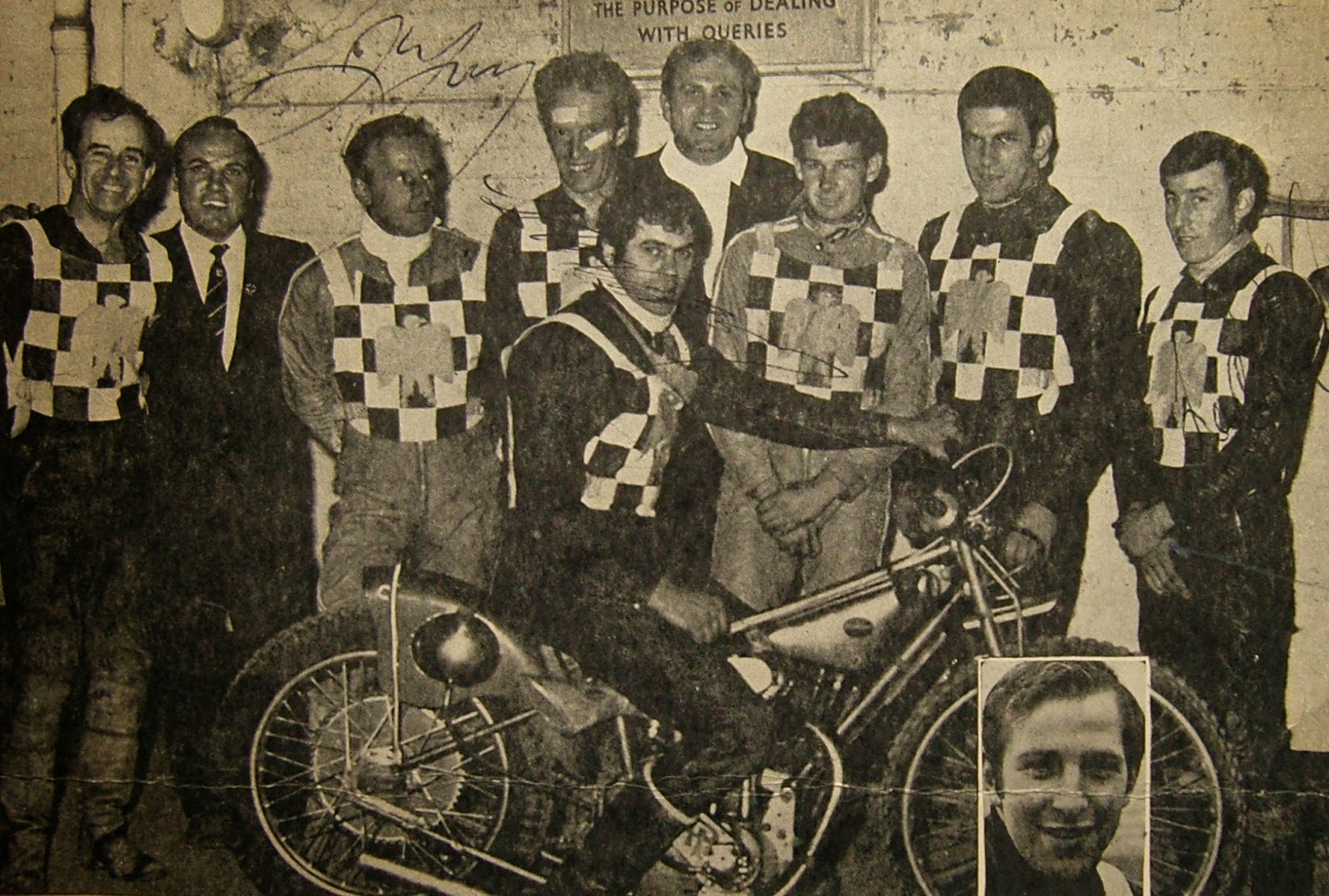 The public address system on match days at Hackney, was little more than a series of tannoy speakers mounted high on wooden poles around the track, connected by low swinging wires. Hi-fi it wasn't. The sound dipped in and out with every breath of wind. Yet it was here, in 1969, between race announcements, where I heard the song that would become the first single I ever bought for myself. 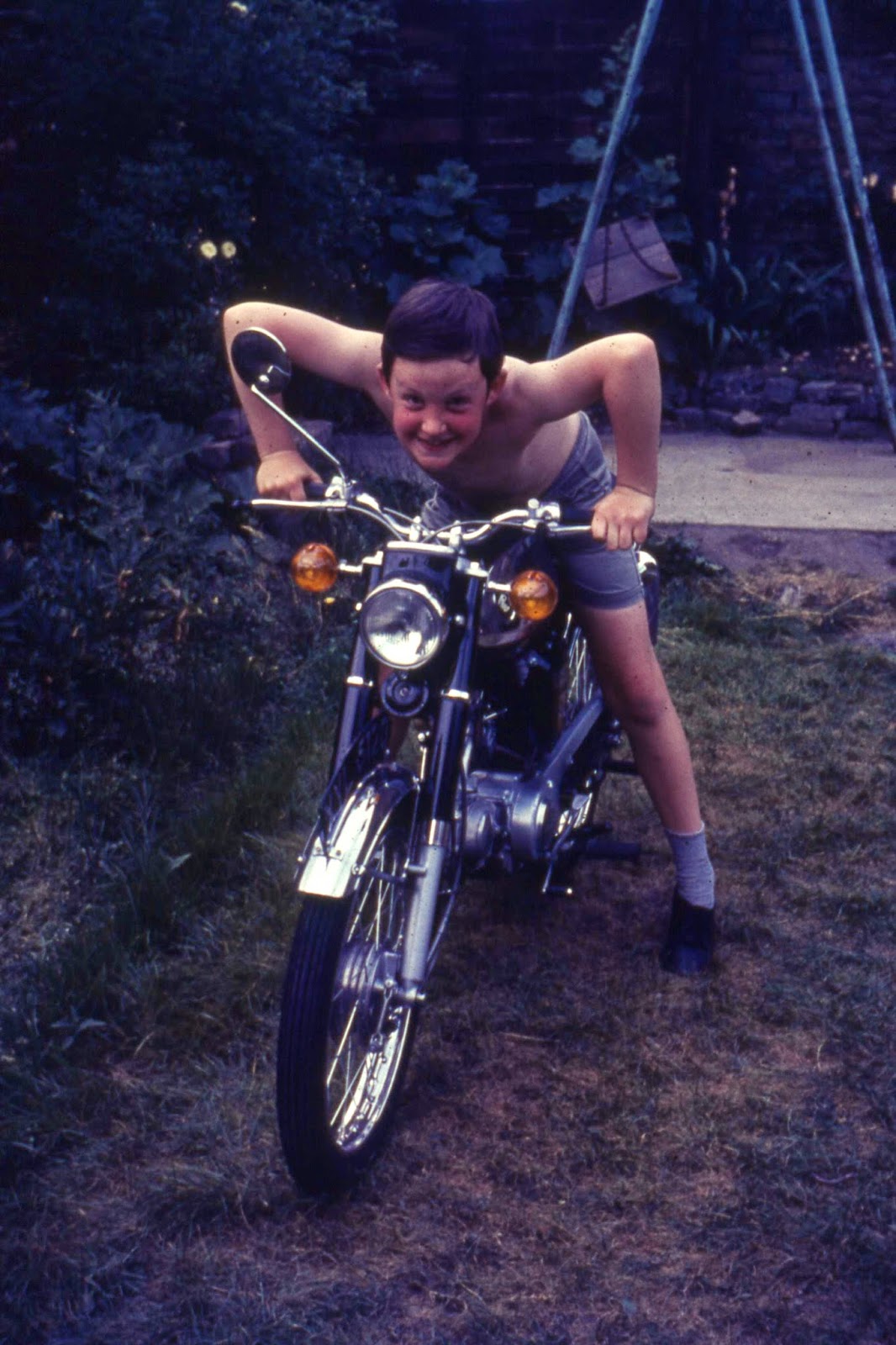 A back garden speedway star in 1969

And this is where the rule bending comes in. 'Sweet Talking Guy' by The Chiffons was originally released back in 1966, but the reason that it was being played so frequently at Hackney in 1969, was that it had been re-issued - so it counts, doesn't it? Anyway, the song got its hooks in me to such an extent that I ventured into a record shop (on the corner of Church Road and Lea Bridge Road in Leyton, a few yards from my Nan's house) on my own for the first time and bought a copy of the single. And it had 'One Fine Day' on the flip - result! 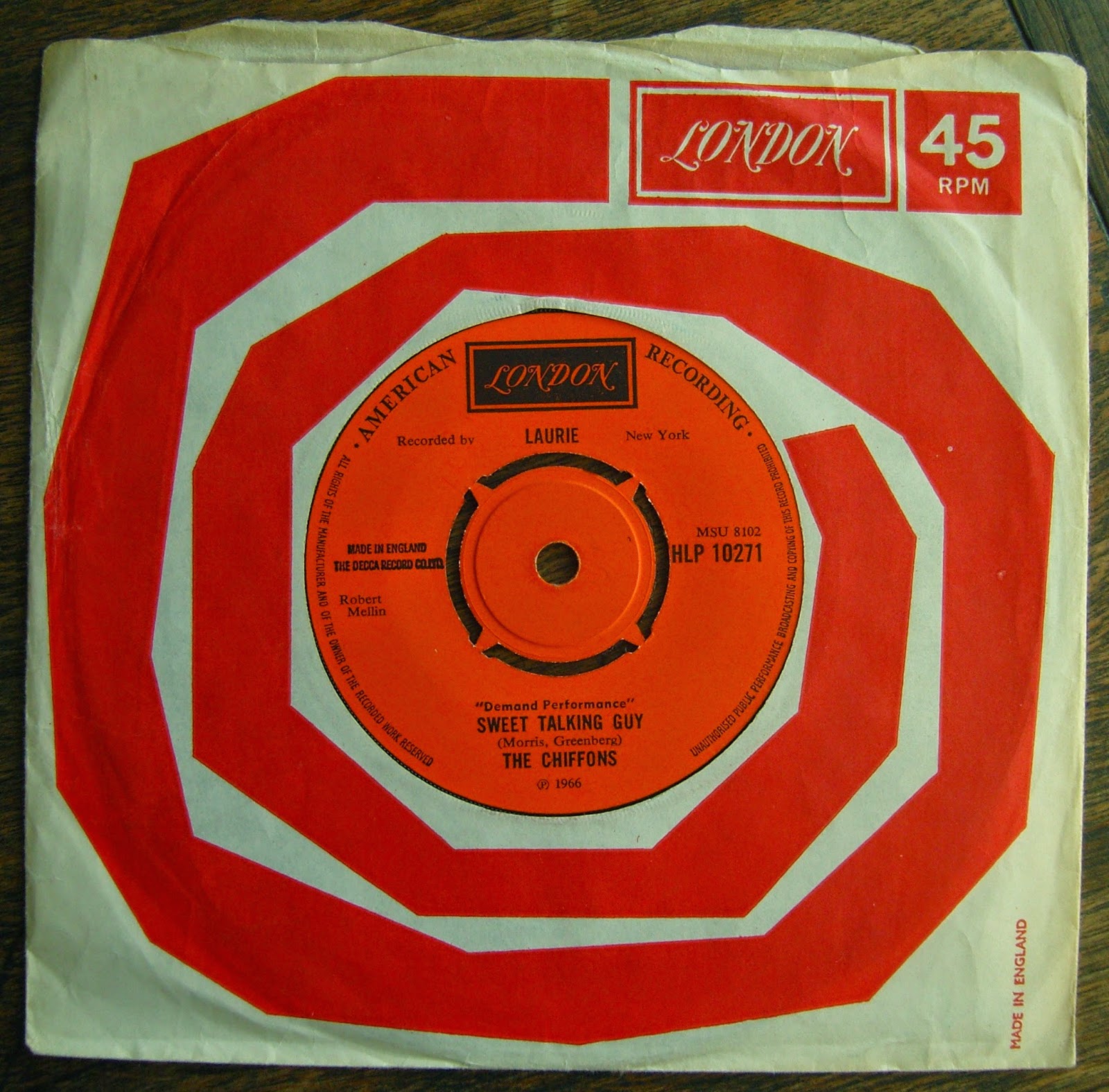 Hang on a minute, TS - I'm not not going to argue with the virtue of posting this fabulous song and many congratulations on it being your first single BUT I seem to recall it was reissued in around 1971 or '72 and now I'm confused. Still, you are probably right - after all, you bought it. Hope I haven't placed any cats amongst pigeons here. A '69 reissue? Nah, you must be right. I must add that 'Sweet Talkin' Guy' is one of my all time favourite songs. We are on the same wavelength.

Now you've got me worried about the year! It's like Ram Jam's 'Black Betty' all over again! I did a bit of research, but perhaps I should've done a bit more. It was all such a long time ago!

The thing is, whatever the truth is behind this mystery, you did buy a copy of it back then and you did hear it at the Speedway in '69, so it's all cool.

I think you might be mis-remembering this one as well, because I also think it was released in the very early 70s. But YOU remember it as 1969 therefore it belongs in to today's post. G;ad you've still got the record as well, nice one.

Re. release dates, this may help!

I was wrong there! Thanks C and apologies Swede.

Though you didn't bend the rules after all, it would have been o.k. with us - your musical memories should dictate what you post. In my mind, some of my favourite songs can be off by a year or so, because I associate them with certain events/moods. I love reading stories about early record store experiences. Awesome writing and song today, Mr. S!

Thanks all. I'm trying really hard to pick a (not too obvious) record released in each particular year, one that means something to me. Some years I'm spoilt for choice, while others I'm really struggling with! Glad you're all enjoying the tunes so far.
Thanks for that link C. It arrived just when I was beginning to doubt myself!

It appears to have been one of those 'sleeper hits' which, in spite of being reissued in 1969, had more chart success in 1972...! So those memories about it from the early '70s also stack up :-)

Much more respectable than mine.