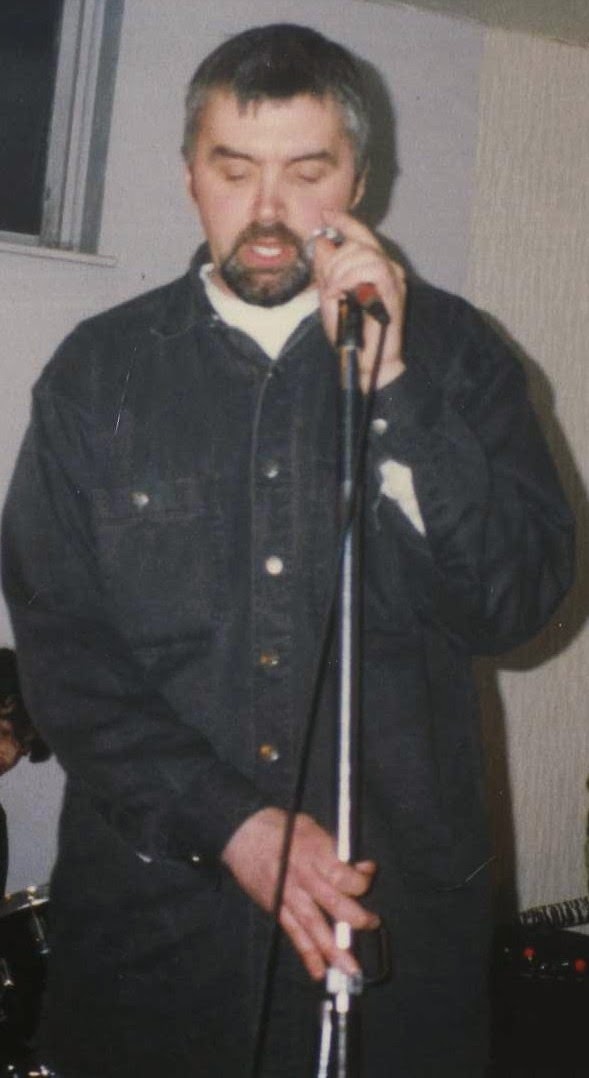 Belting out 'Powderfinger' and 'Mr Soul' during a Neil Young tribute night.

By 1995 I'd been through Madchester, Rave and Grunge, now Brit-Pop was at its peak. I didn't know it at the time, but my shop was riding the crest of its final wave. Business would never be this good again. 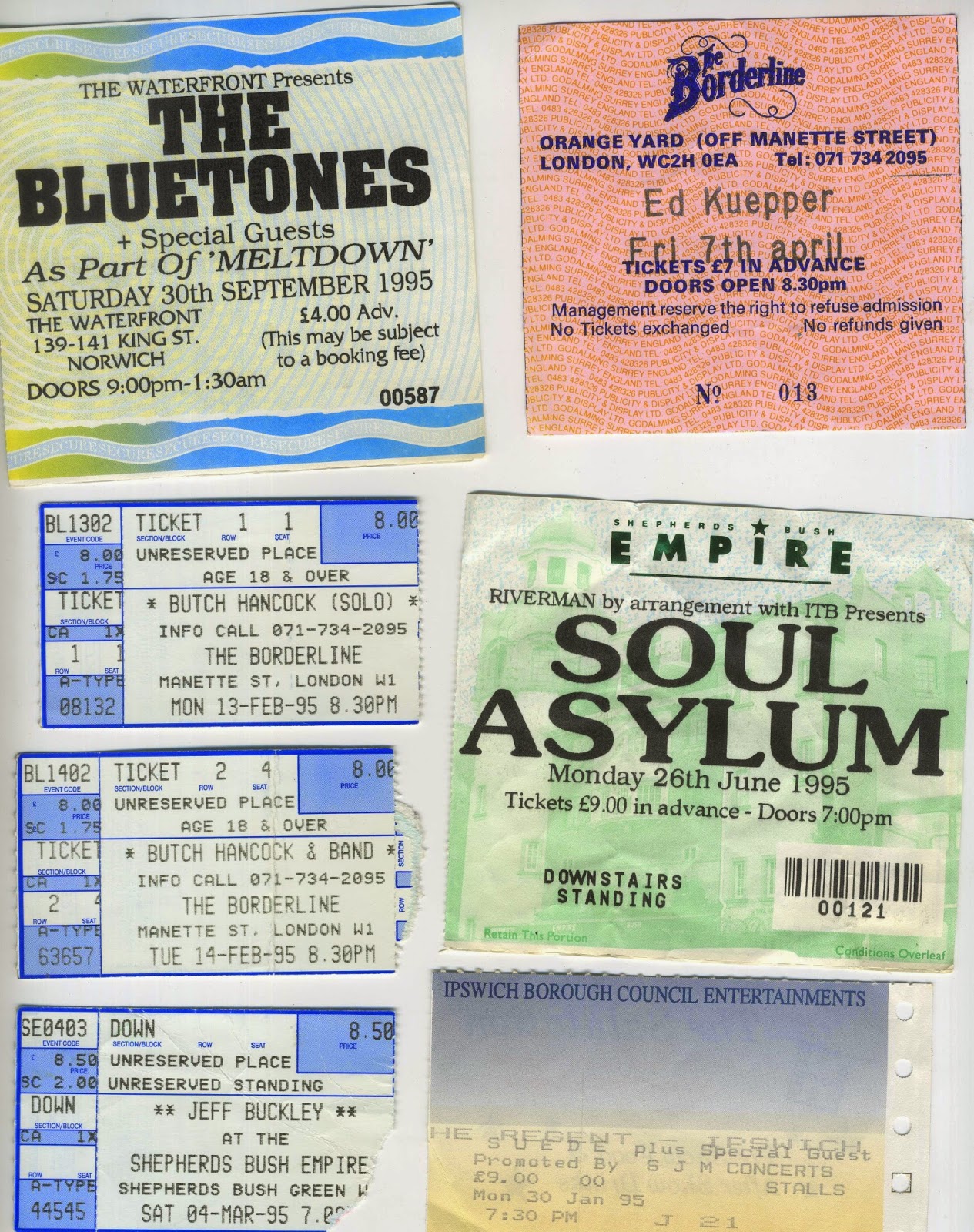 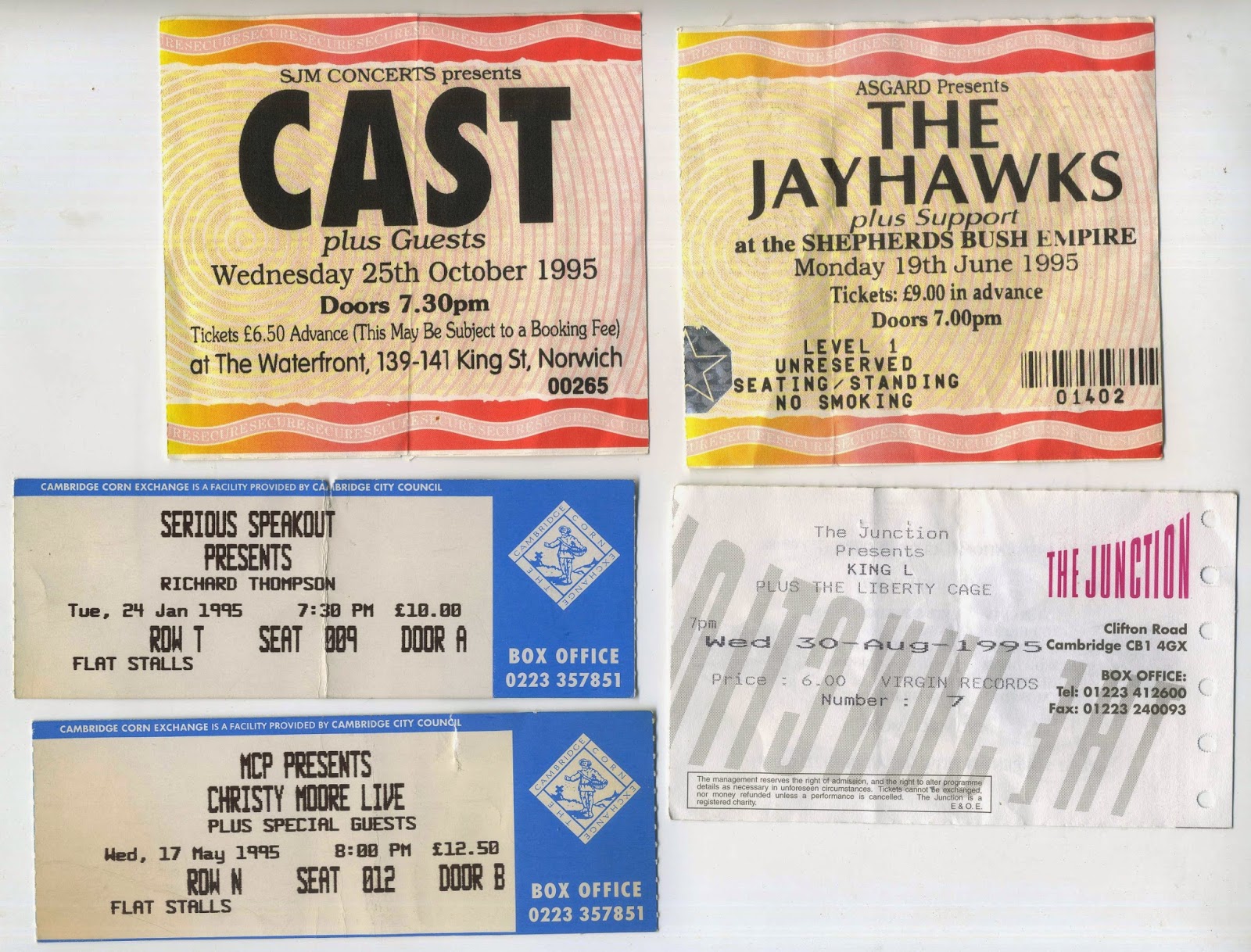 A few surviving ticket stubs from the year in question.

1995 was the year I first stumbled upon Chicago post-rockers Tortoise, via a marvelous 12" single 'Gamera'. The following year the band would release their groundbreaking 2nd LP, 'Millions Now Living Will Never Die' and they are currently working on their 7th studio album.

It's a brilliant song, Swede. And i agree their first record was groundbreaking. I saw them live in these days supporting Eleventh Dream Day and it was awesome.

I saw Tortoise at the Kharlstorbahnof in Heidelberg...95/96? Unfortunately for Tortoise...Doo Rag was in support and I'm not sure anybody other than Bo Diddley could have withstood that.

I too have sung Powderfinger at a gig. When everyone had gone home, for an audience of a barman, the remains of another band and 3 bikers. One of the bikers said 'that was shit lads. Good fun but shit'.
Swiss Adam

Erik. I don't know Doo Rag, but after Googling them, I'll be checking them out.

C. I'd just been heckled by a very drunk woman who berated me because she'd never heard of 'Mr Soul' and claimed it wasn't by Neil Young! I had to stop the song and explain to her who Buffalo Springfield were. No wonder I look a bit stern!

Swiss Adam. Brilliant. See the previous comment for a glimpse at the audience reaction to our performance!

Looking good, Swede. I like Tortoise a lot too. Was wondering if you got into the Sea and Cake as well.

Yes Brian, very much into Sea and Cake, probably more so than Tortoise in recent years. In fact if all goes according to plan, something Sea and Cake related is slated to put in an appearance before this series is done.