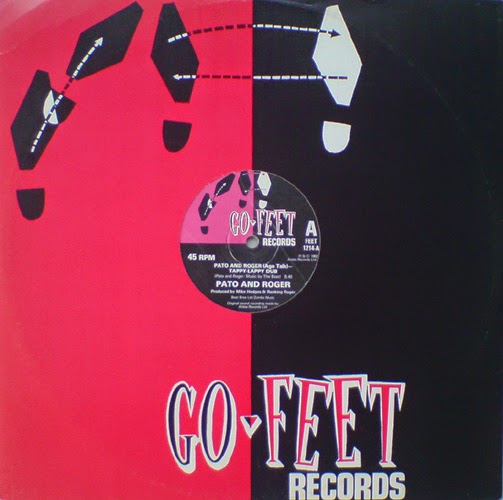 From now on, I can't guarantee that a photo of my ugly mug will accompany every single post in this series. There will be more to come here and there (including the return of facial hair in the 1990's), but I can find none at the moment, for instance, taken in 1982. I do, however, have a cracking musical selection for the year in question. In the baking heat of July 1983 I would see The Beat's final UK show, supporting David Bowie at Milton Keynes Bowl, meanwhile though, back in 1982, Ranking Roger from the band joins forces with a young Pato Banton on the marvelously inventive 12" mix of 'Pato And Roger (Ago Talk)'.

It's a good'un! I always liked that Go-Feet label design too.