In April 1983, I took a couple of days off work and went back to Ipswich to celebrate my 23rd Birthday with as many chums as I could rustle up. It was a poor show, everyone I called was unavailable for the actual evening of my Birthday, though one of them did offer to pick me up during the day to head out for a couple of lunchtime pints and a bit of a drive around out in the sticks. We eventually arrived back in Ipswich in darkness and before running me back to my parent's house, my pal said he had to quickly stop off at his own place for a moment. As we entered his house the lights came on and there were all my mates, suited and booted - they'd arranged a surprise party for me. The Mother of the pal who'd been in charge of keeping me out of the way all afternoon had cooked up a massive amount of food and everyone else provided the all important booze. It was a long and glorious evening, one I'll never forget. 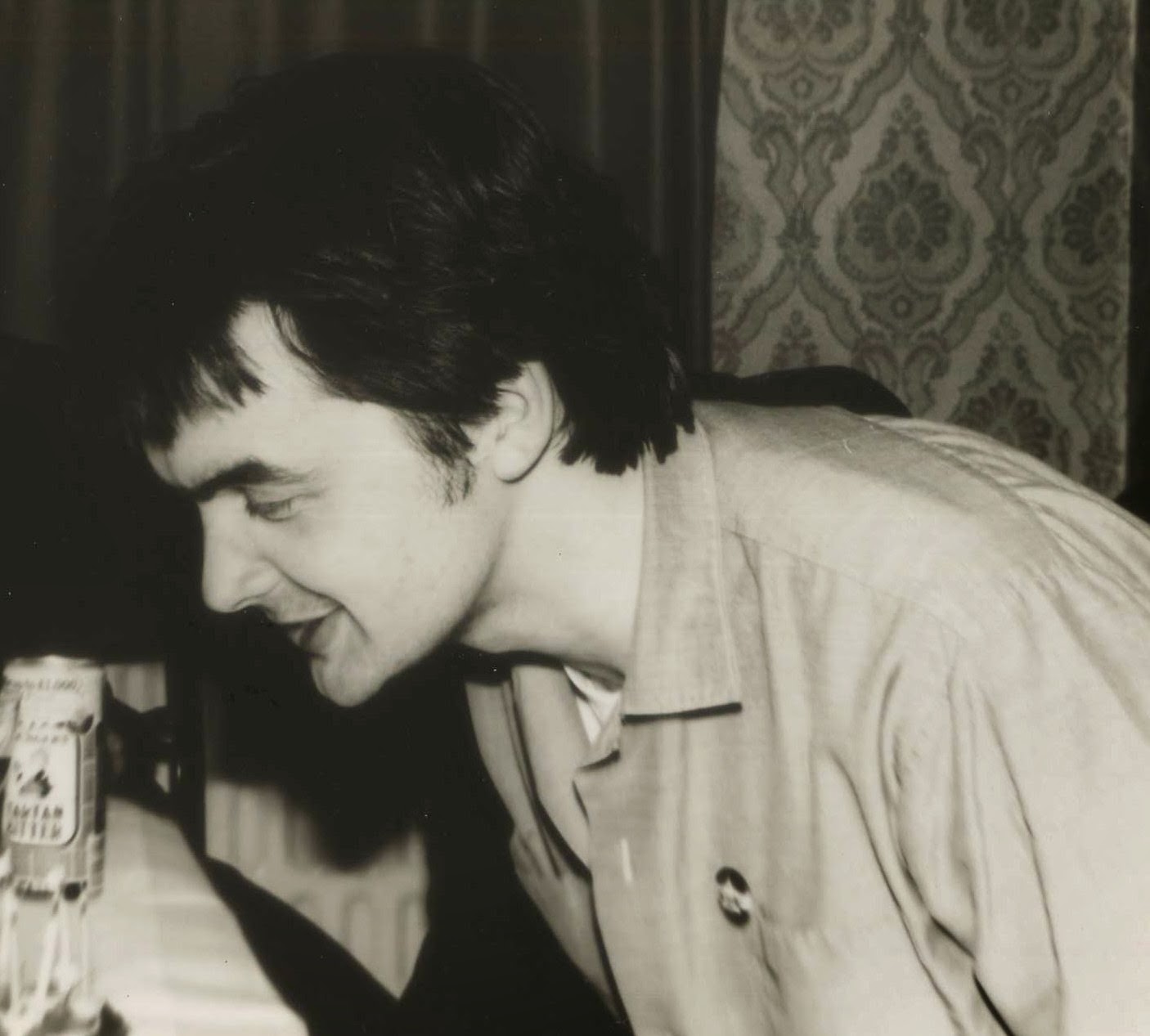 At my surprise Birthday bash. April 1983.

Towards the end of the year I was on the move again, this time to open a brand new branch of the indie record shop chain, for whom I'd now worked for 4 years. We were due to open within a busy Essex shopping centre in early December and I was given very little time by my boss to recruit the staff and stock the shelves, though after two days of solid interviewing I was fortunate to find three great people to work with. In the days leading up to the opening, we put in long hours sorting and filing dozens of boxes of records, after which I slept on the shop floor as I hadn't had any time to find myself digs in the town. All our hard work paid off though, we quickly became the busiest shop in the chain.

Today's song is from that most perfect of pop bands, Altered Images. 'Bite' was their final album and, in my opinion, their strongest overall, with great production, just the right amount of smooth sophistication and tunes to die for.

Sounds like a beautiful birthday, mate. I adored 'Bite' way back then. Wish I still had a copy but you know how it goes.

I've never liked the idea of a surprise party but it sounds like yours was great! What a year, though, on the move again.
The three staff that you recruited for the new record shop were very fortunate to work with you :-)

SB. Keep checking those charity shops, it'll turn up one of these days.

C. Me neither, but this was a really nice one-off. I'm only still in contact with two of those mates, as the years have scattered us all to the four winds, but I remember that evening with great affection.
Those members of staff...I wonder what became of them?

Enjoy hearing about your record store days, Mr. S. - and what a memorable birthday surprise! Your friends must have been very fond of you to organize your surprise party. A lovely story.

Thanks Marie. Believe it or not, the photo comes from the start of the evening! I have several from later on that show all of us visibly deteriorating!