In September 1993, Virgin Records chose Madame Tussauds in London as the venue for the retail launch of Belinda Carlisle's new LP, 'Real'. As was the norm for these events, the alcohol flowed, the nibbles kept coming and the album blasted from a specially erected sound system. There was no sign of Belinda though. After a while, several small groups of shop managers and buyers fell into individual conversations around a large central room. A man appeared with an expensive camera hanging around his neck and gradually made his way around the room, stopping to arrange each small gaggle of people into a group pose, while not actually taking any shots. We were slightly baffled. He arrived at our group and we asked what was happening. 'Belinda's on her way...' he replied, grabbing a couple of us by the shoulders '...you stand there...and you stand there....' And he was off to do the same to the next group, standing a few feet away. After a few minutes, the photographer re-emerged, this time accompanied by Belinda Carlisle herself. As they moved from pre-posed group to pre-posed group, Belinda paused momentarily at the front of each, just long enough for the shutter to click, then moved on. She walked up to us, beamed at the camera, 'click', and walked away without saying a word. That was it. 'Real'? Surreal more like. Then again we were at Madame Tussauds, perhaps she thought we were waxworks. 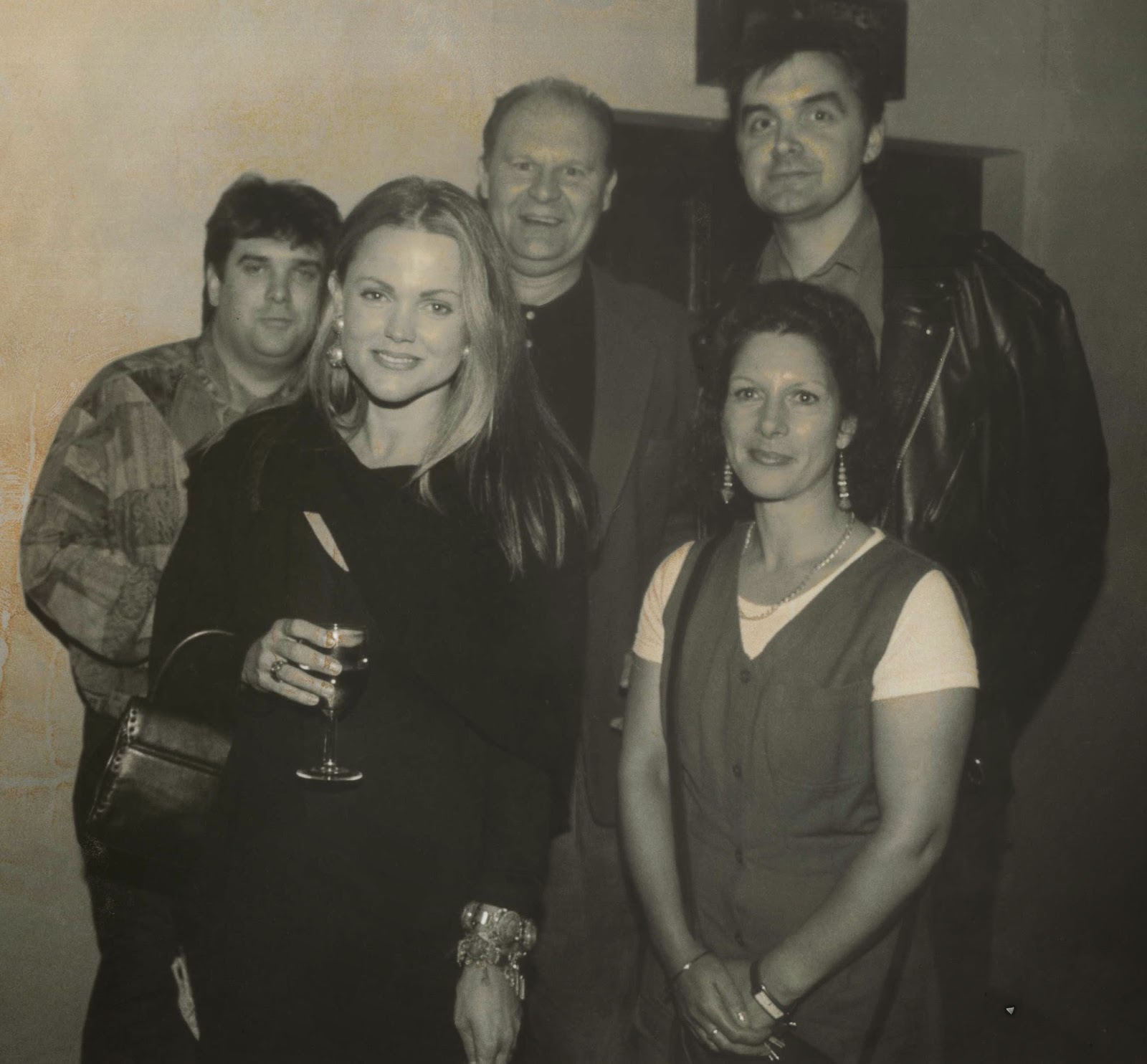 Great story -you are left wondering whether she is a total diva,whether the record company were behind it or a bit of both

Brilliant anecdote! But funny how the back story to the photo now changes its appearance completely. I'd been imagining you chatting away there all relaxed and chummy about the price of bread and the latest episode of Eldorado but it was all fake! Perhaps her 'lips were sealed' ;-)

It's vaguely amusing when you see a "celebrity" making an ass out of themselves, but I think that kind of behaviour is rather vile. They might have caught me rolling my eyes just as the photographer clicked!

Swede,
This is a very different time for the music industry. I'm wondering, do you think these junkets still go on much? At any rate, good story about a creepy situation. I'll never look at Belinda the same way again.

Charity Chic. She vanished as quickly as she arrived. It was all quite odd.

VS. As Charity Chic observed, I couldn't say if she was behaving like a diva or was just in a hurry!

Brian. I'm sure these events still go on for the major players, but I'm certain that no independent retailers are invited anymore.

How strange. At least they didn't try to charge you for the privilege.

Rather saddened by thus, since Belinda is a series contender for my Records I Bought Because I Fancied The Singer series...

Amen to that Rol. There's still unmentionable parts of my body which briefly threaten to murmer into life at the mere thought of her.

Great story too, Swede! I'd have chewed my leg off for a few seconds in her company.

PS. I have had a drink, apols if I sound weird.