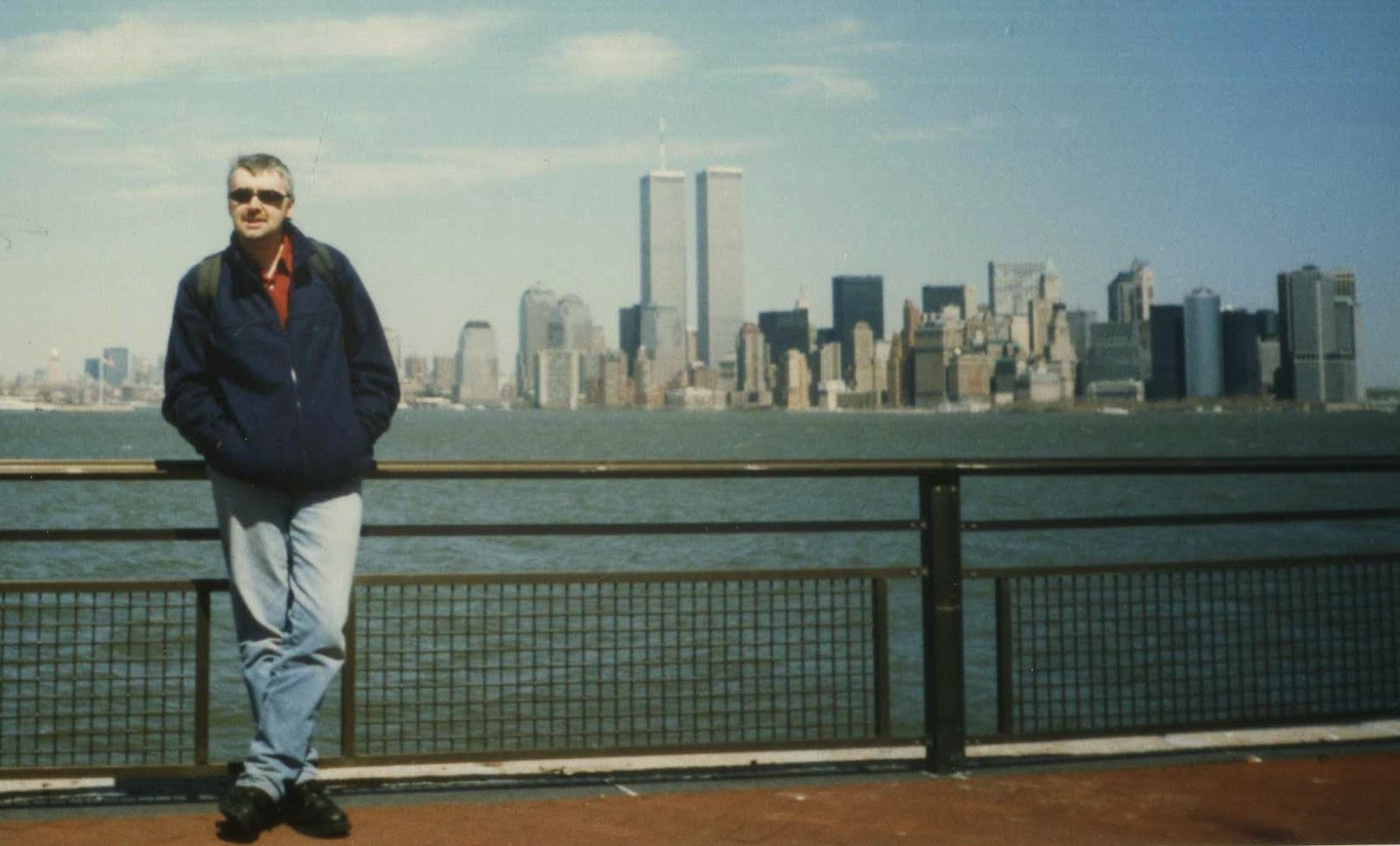 I had helping hands in the shop every now and then, but for the majority of the time I was a sole trader. This meant whatever the condition of my physical or emotional health at any given moment, I still had to be behind that counter, smiling at everybody who stepped through the door. It was particularly difficult to work through relationship upheavals, one of which occurred in 1996. My emotional trauma at that time also meant that I wanted to keep very busy after work, so I hit the gig circuit harder than ever before, running myself pretty ragged in the process. There are a larger quantity of surviving ticket stubs in the family archive from the period '96/'97 than for any other. And many more have been lost over the years. 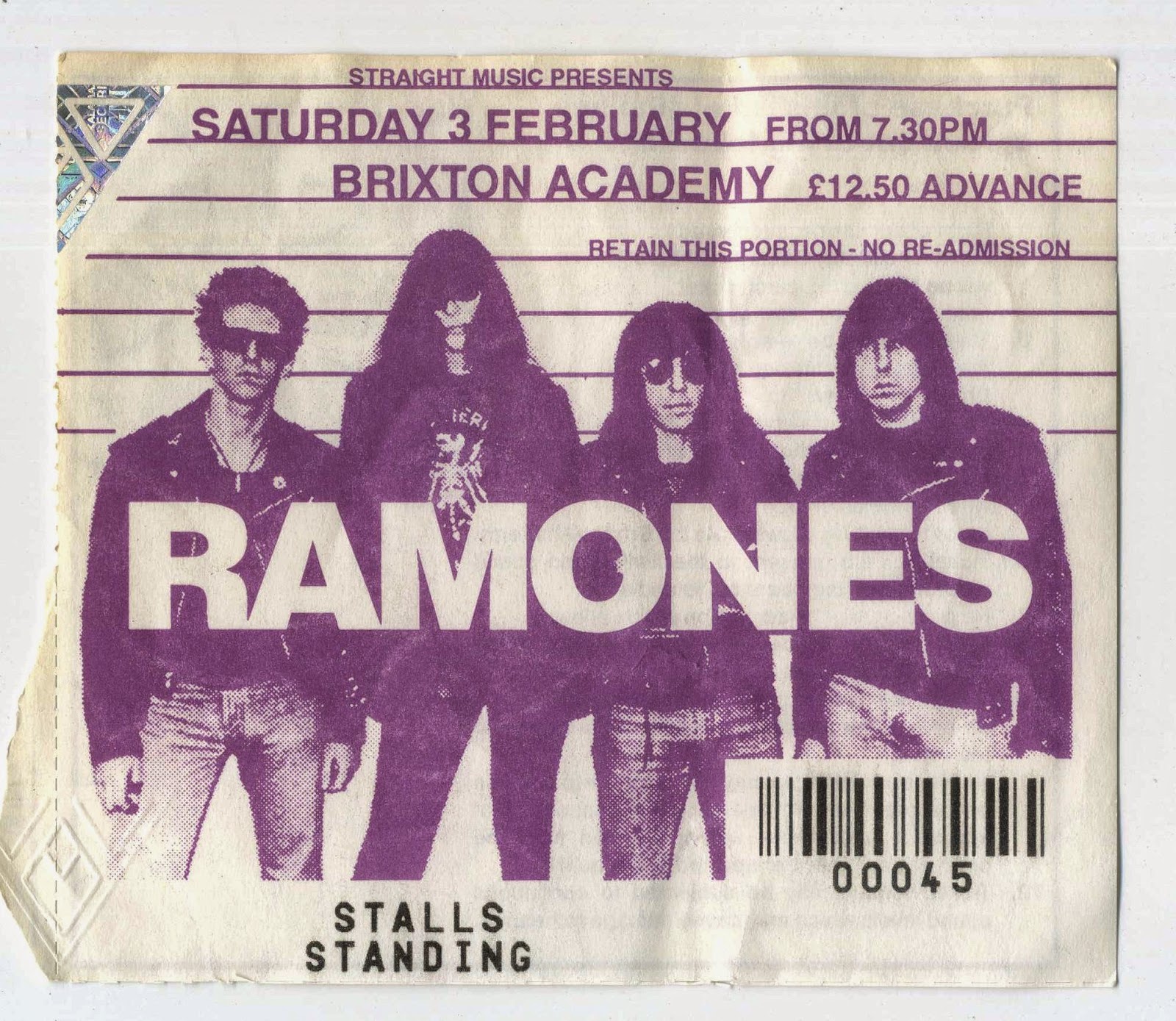 I didn't get to the first UK Ramones show in 1976, but I was there to say adios amigos at the last one, 20 years later. 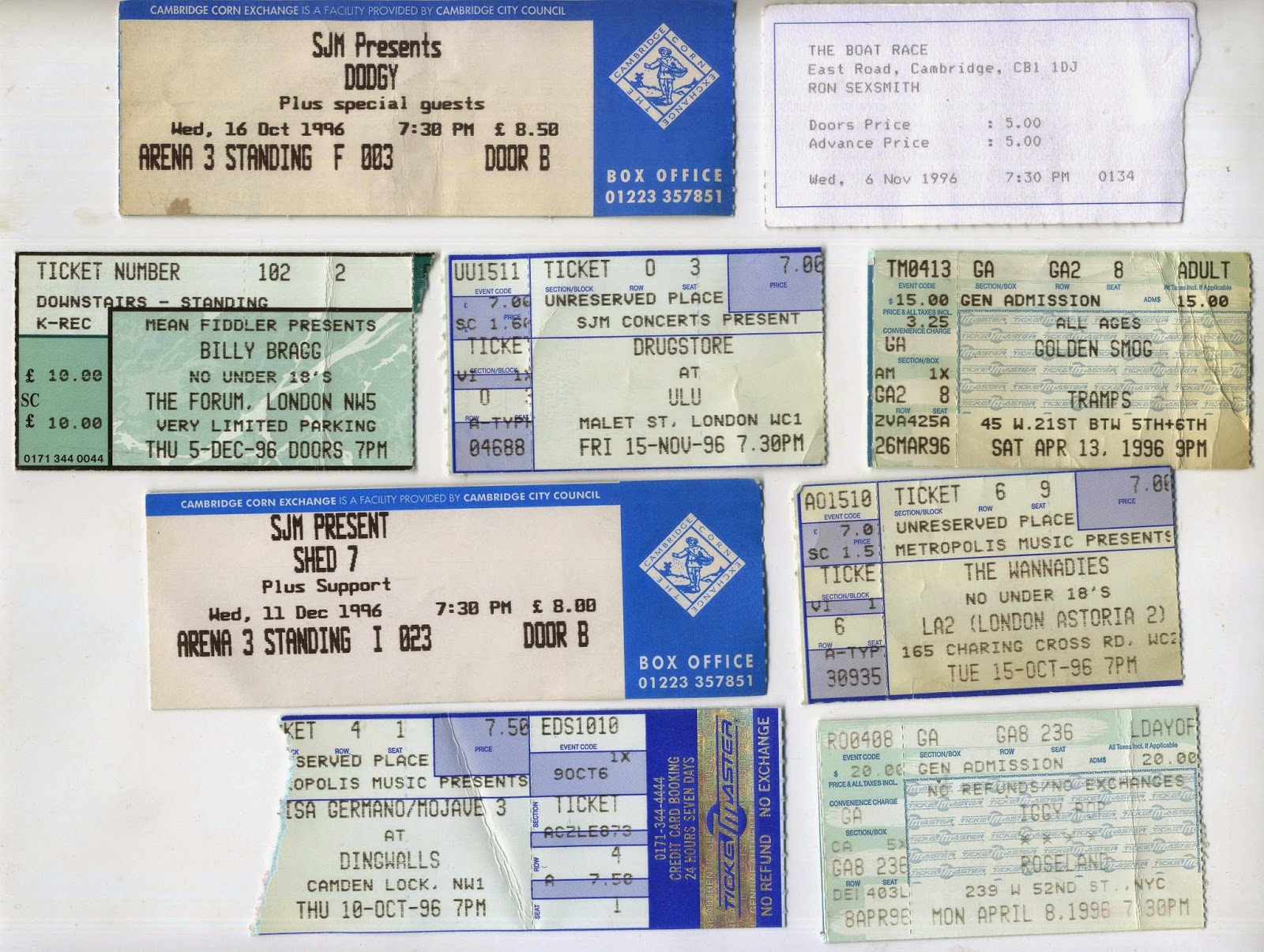 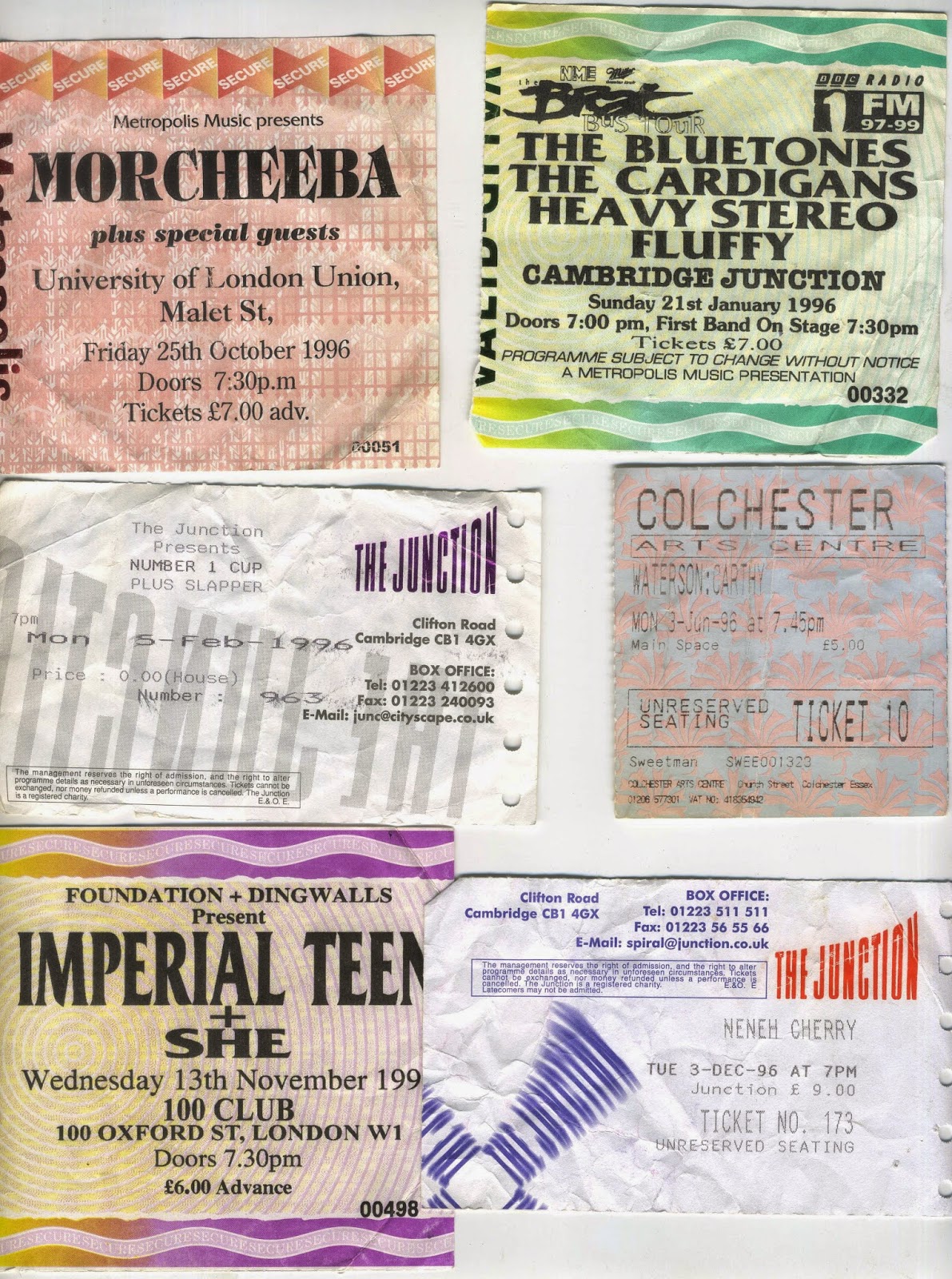 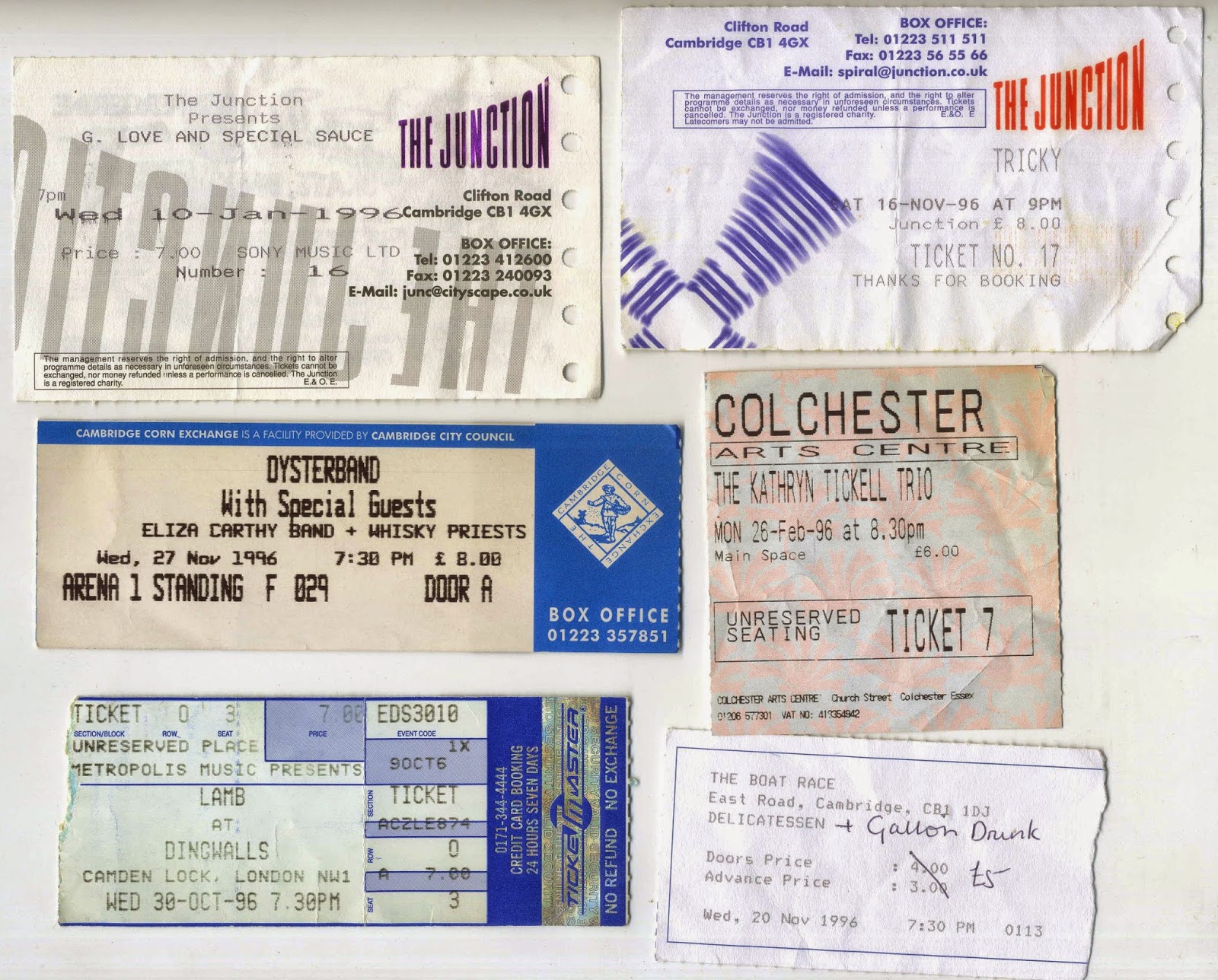 One man I've never seen in concert is Joe Henry. In 1996 he issued 'Trampoline', one of my favourite albums of the decade, probably of all-time. 'Trampoline' marked a distinct change of musical direction following a series of accomplished alt-country releases and the LP perfectly reflects the slightly woozy fragility I felt for much of the year.

It's good to hear some Joe Henry again. And yes - it's hard sometimes to smile when you feel like crying.

The great drawback of self-employment - can't get a day off when you need it! Sounds like you did your bit for gig-goers everywhere in '96. Did you see anyone in NYC?

Walter. Glad you enjoyed the tunes. It certainly is.

Singing Bear. Good to hear from you. 10 days visiting the family in NYC was a much needed re-boot for my brain, although things actually got a lot worse on my return. The Iggy Pop and Golden Smog tickets were from that trip.

An impressive number of gigs seen there TS.I think I was also in my gig going pomp around then.
Hopefully with your industry connections you found yourself on the guest list on occasions

So srry to hear that this was a difficult year for you. But, at least music can help make things feel a bit better, even if only temporarily - you certainly got to see a lot of interesting bands. Great photo too.

Great stubs again, Swede. Sorry to hear about the circumstances.

CC. I was extremely fortunate to be offered many free concert tickets, something I never took for granted. If there was a band I really wanted to see I'd always buy the ticket rather than miss out.

C & Brian. It was another lifetime, but the situation came back to my mind when I was sorting through the ticket stubs.

Those two tracks by John Henry are excellent. But to me they ar still alt-country/americana.