The album launch. Venues would vary from record company to record company and from artist to artist; Genesis at the London Planetarium, Black Crowes on a roof in Kensington, Garbage in a Soho wine bar, a long forgotten indie band on a Thames-side barge, but essentially the aim was the same. Ply us with drink and nibbles, wheel the band (or at least a band-member) out to meet and greet us, play the album super-loud on very good equipment, then take our pre-release orders while we're vulnerable! These occasions were also a great opportunity to meet and socialise with fellow indie retailers. It was sometimes a lonely business running your own, erm, business. 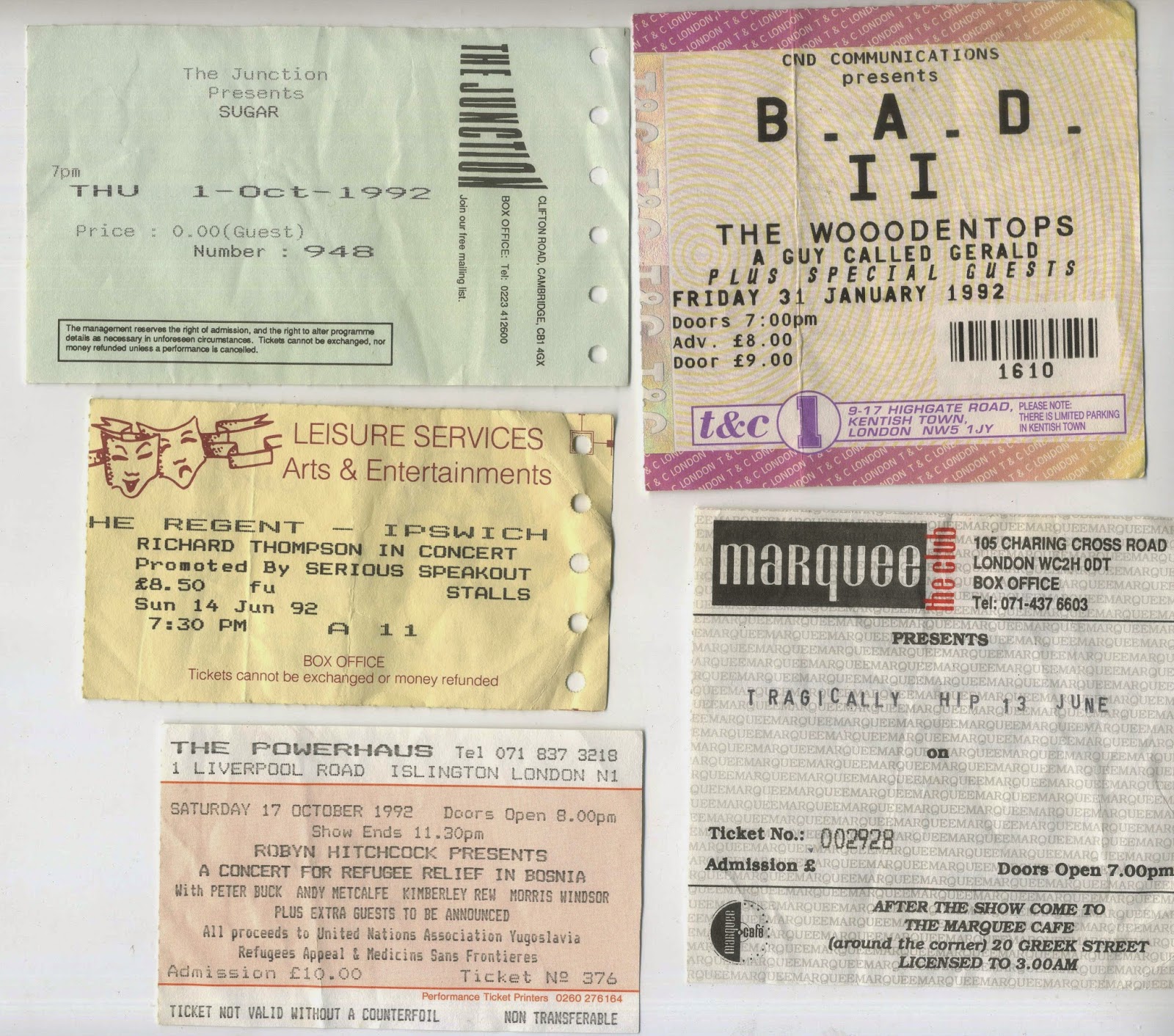 Can't find any 1992 photos of me, so here are a few surviving ticket stubs from that year.

One album launch remains head and shoulders above the others though, and not just for the quality of the music. In 1992, after the success of their wonderful debut LP, The Sundays were signed to Parlophone and their second album 'Blind' was launched at the Abbey Road recording studio. I get shivers just thinking about it. The playback actually took place in Studio 2 (Studio 2!), though we were free to wander into the other studios and have a nose about throughout the course of evening. As a music nerd, it was an overwhelming and emotional location find myself in. Foolishly, I didn't take a camera with me to record this once in a lifetime event. I wish I had.

(The volume is very low on this one - crank it up!)

And hopefully we hear again from The Sundays.

Very interesting, Swede. Thanks for sharing that one. An unforgettable trip. Quite a who's who of early '90s acts on your board too. Love them all.

Jamie. There were rumours of new material just last year, though I won't hold my breath!

Ramone666. Thank you. I appreciate your kind words.

Brian. It was certainly unforgettable and I wasn't alone in becoming a little emotional.