We moved from Walthamstow to Ipswich on May 3rd 1975. It was a brave move on the part of my parents, Dad had no new job to go to and I had to settle into a new school just 12 months shy of my O-Levels. I quickly gravitated towards the fellow music lovers in my class. One of those I met during my first day at the school and would go on to share many musical adventures with, is still my best mate today. I'm also Godfather to one of his children. 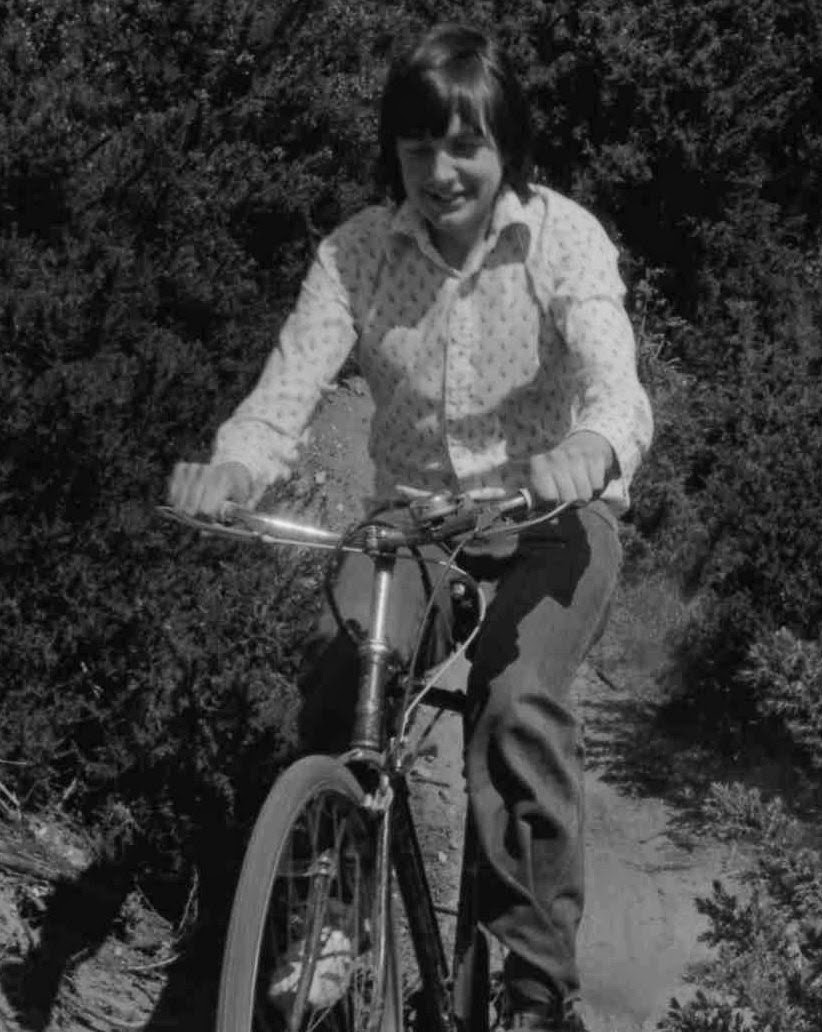 Exploring the wide open spaces of Ipswich in 1975.

Ipswich was on the national gig circuit, with a major live venue little more than a mile from my house. Before long I joined my new pal in checking out virtually any touring band that came to town. We saw a lot of shows, not all good, though I soon realised how fundamental live music was going to become for me in the future.

Those of a similar vintage to me will no doubt remember the Sounds weekly music paper and may even recall its 'rock' corespondent Geoff Barton. Barton was almost single-handedly responsible for pushing the awful American band Kiss onto an unsuspecting UK public, thanks to his incessant promotion of the risible double LP, 'Kiss Alive'. 'Greatest album of all time' my arse! He also shares the blame for the rise of the appalling NWOBHM. It's not all bad news though. In 1975 Geoff Barton introduced me to Mr Big's debut LP, 'Sweet Silence'. (No, not that Mr Big!) It's a real mixed bag, where metal meets cockney knees-up and glam meets noodley prog. It doesn't all stand the test of time, but when it's good, it's very good indeed.

How did you manage to look younger this year than youd the previous year? And I had no idea there were two Mr Bigs.

Good call. Though Dicken's next band, Broken Home, were even better. I rediscovered their debut album recently and was reminded just how good they were.

Geoff Barton. How long have you got? His byline was the first thing I looked for on a Thursday when I picked up my copy of Sounds. There are a few mentions of a band called Girl in my blog. That was Barton's doing. They even covered Do You Love Me by K*ss.

I'll get my coat. Again.

I would not know a Kiss song if it hit me smack on the ear. But I remember Mr Big, you were kinda cute when you were young!

Had me worried there. Mr Big!

Didn't know there were two of them either. Must investigate further.

Haha, I have to tell you, this post has sparked quite a debate here at SDS Towers when I brought up your mention of Geoff Barton and Kiss. Kiss passed me by - maybe just being that little bit younger I had no interest in them in the '70s and by the '80s they were, well, indeed dire. But on reading this post Mr SDS was insistent on introducing me to something from Kiss Alive (also on their first album) to see what I thought: 'Strutter' Well, I have to say, if I hadn't been told it was Kiss I would've thought it was the NY Dolls! A pleasant surprise.

George. Funny you should say that. I've just been rifling through photos for possible inclusion later in the series and found a truly hideous shot from 1988, then another from around 2002 where I look way younger than the first (give or take a few grey hairs)! What can I say? you have to catch me on a good day!

John. I did stick with Dicken as far as Broken Home and remember playing their first album a bit at the time, haven't heard it for years though. Does it hold up?
Barton introduced me to some good stuff too, but in my mind I always associate him with bleedin' K***!

CC. Nice one! Technically my first live band were a pub-rock outfit called Bees Make Honey, who supported T.Rex in 1972.

formalcontentsonly. The UK Mr Big gained brief popularity via a hit single, 'Romeo' in 1977. 'Sweet Silence' is the LP to look out for though.

C. Hmmmm! I'm going to begrudgingly give Mr SDS 'Strutter'! I was hoping no-one would pick me up on that one - trust him! This is why I very rarely slate any bands online - there's usually an exception to every rule! That'll teach me!

I remember both Mr. Barton and Mr. Big very well. I haven't heard Mr. Big for many a decade and it takes you back, at least. Barton was big Purple fan. so I liked his writing but Kiss?? Give me strength! I preferred Pete Makowski, though.

It was new to me and I love this little gem. Thank you, Swede

Family obligations were a distraction for me during the '70s (apart from a few tracks that managed to slip into my consciousness). As we all have a special, life-long connection to the music we listened to and shared with our friends during our youth, I try to avoid disparaging chart toppers from the '70s and '80s. However, I have to say that I was delighted with your Kiss-related jibe, Mr. S. - I really couldn’t stand the gimmickry.

Pleased to see you're not riding a Chopper bike, by the way!