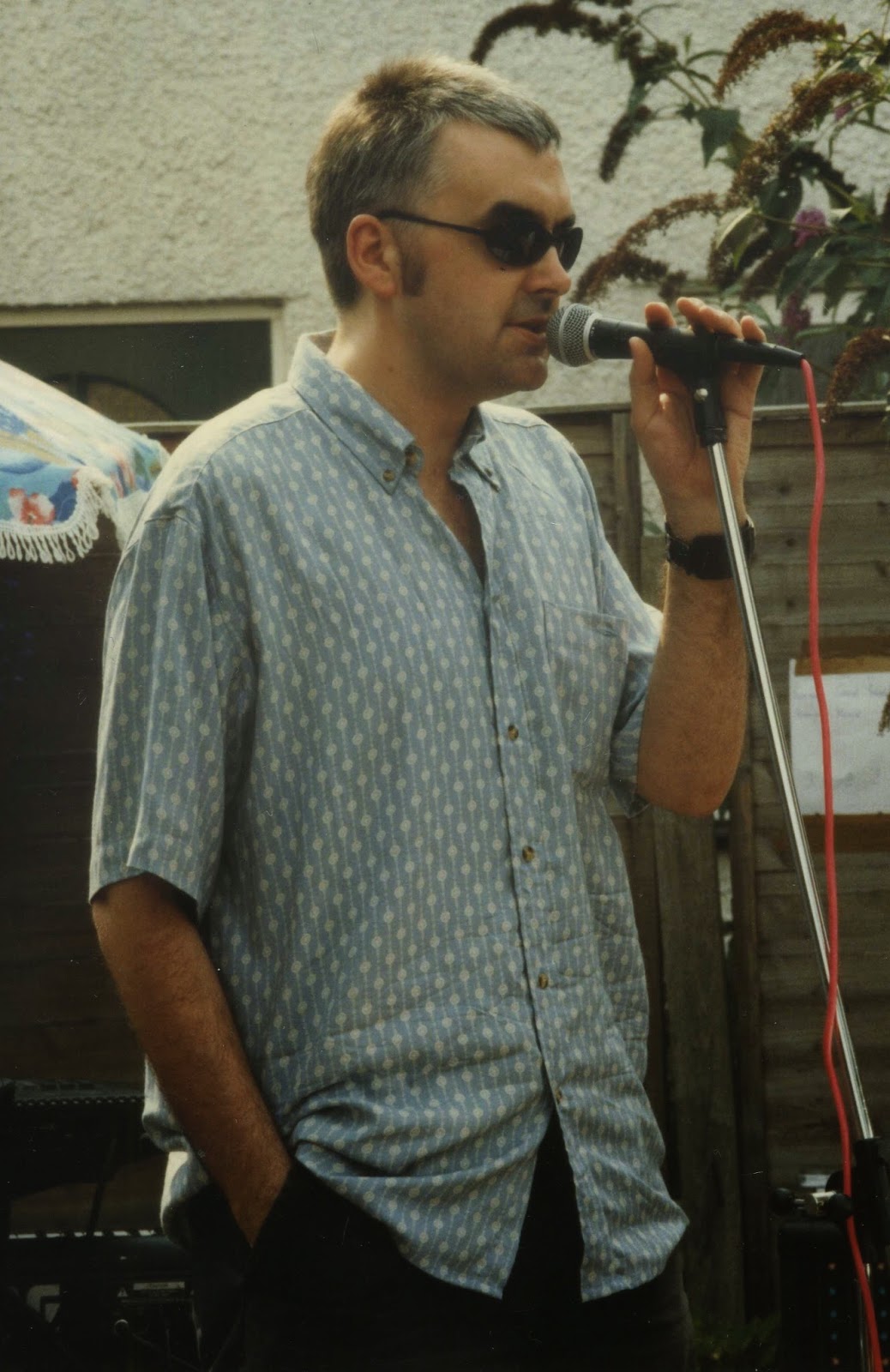 Large Virgin Records and HMV stores opened in a town 10 miles away. Up to now my business had thrived on my ability to track down, order and receive any available CD quickly and efficiently. From 1997 onwards, the tide subtly turned. Any CD that anyone could possibly want was only a bus-ride or short car journey away - why would they wait? The writing was on the wall, but I was either too close to the wall to read it or was deliberately looking the other way. Those superstores, only 100 yards apart, became engaged in an ongoing battle to outdo each other and caused considerable collateral damage to the independent record shops in the town. 10 miles down the road, the ripples steadily began eroding my business away too. 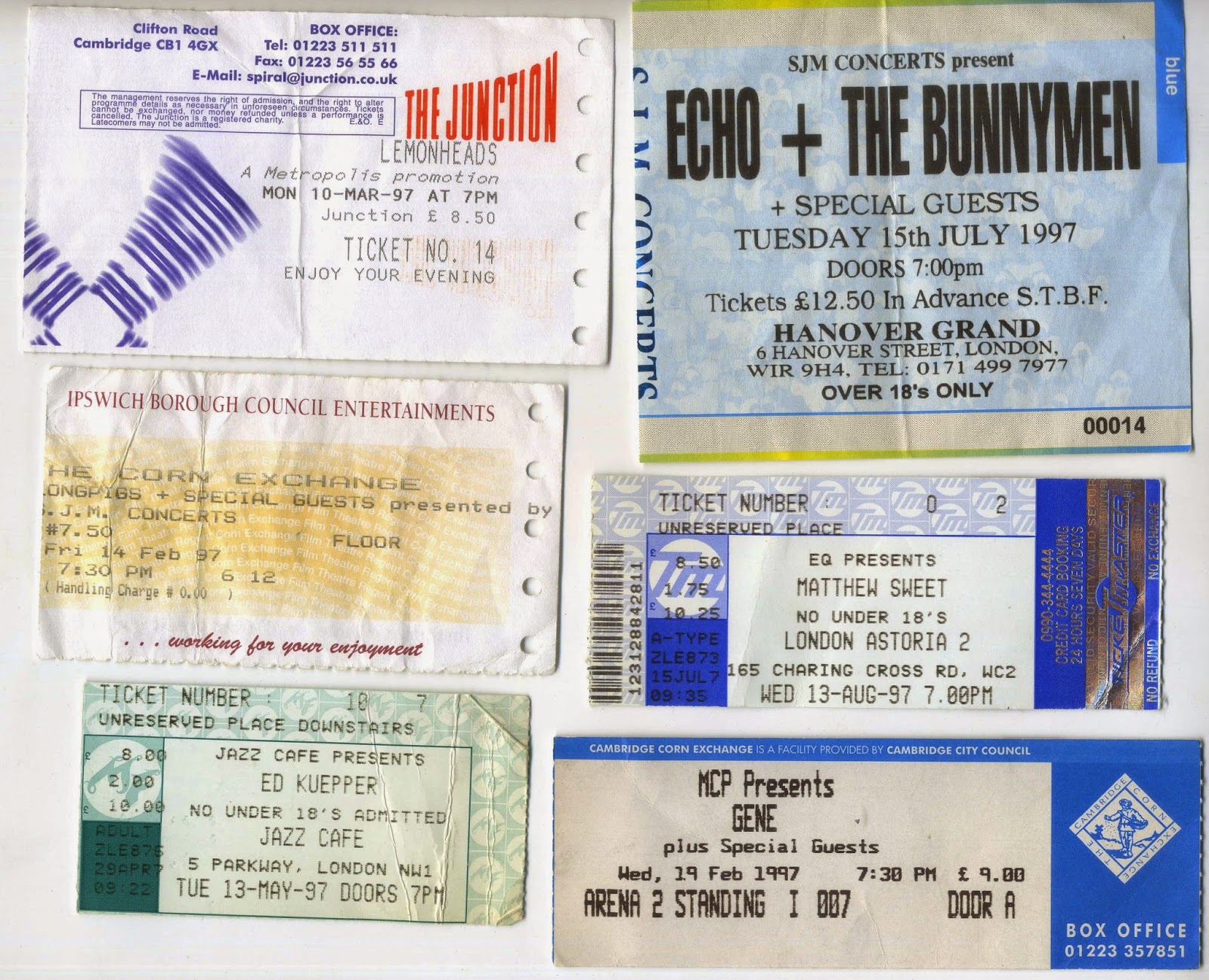 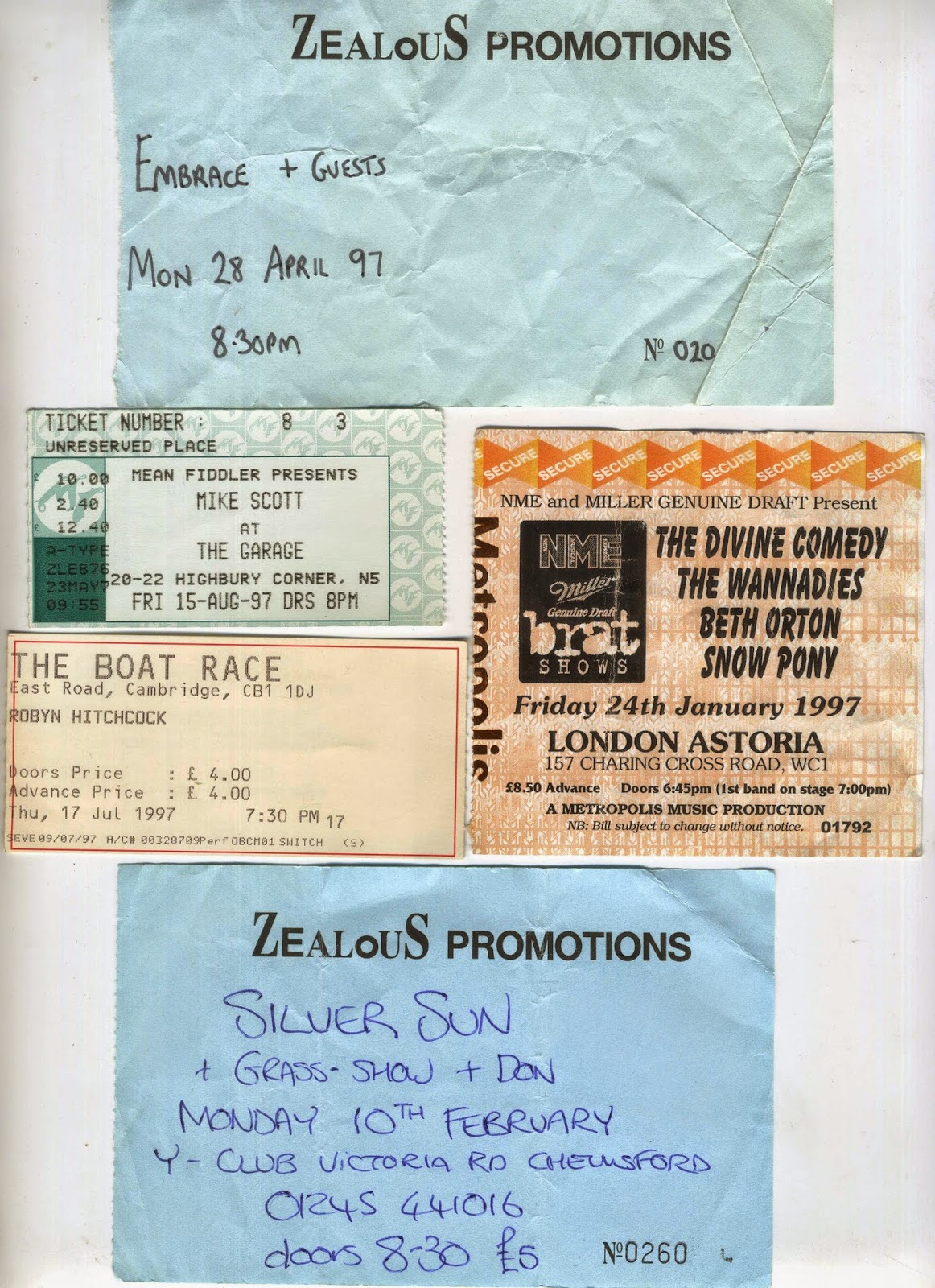 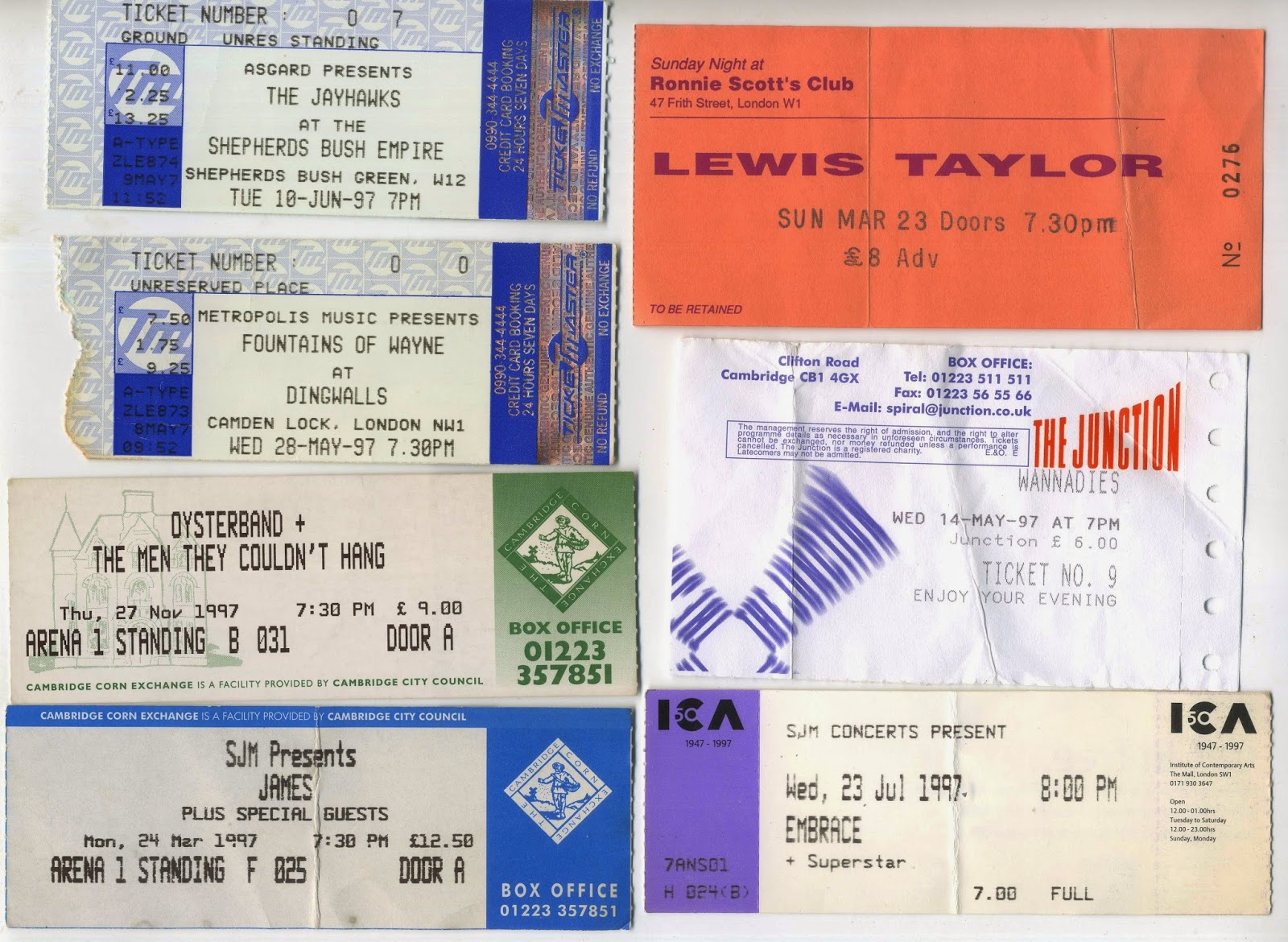 Sierra Leone musician S.E.Rogie died in 1994, soon after recording what would become his final LP, 'Dead Men Don't Smoke Marijuana'. The album was finally released in 1997 on the Real World label. This is the beautiful title track, 'Dieman Noba Smoke Tafee'.

I'm already starting to feel anxious about the end of this story, Mr. S.

I stand by what I said earlier, which is to say that you look like a different person in each photo. Great fun!

Ugh. I imagine we all saw this coming, but my heart still sank when I read your post today.

Have you ever seen the movie What's Eating Gilbert Grape? The main character works at a little no-frills mom and pop grocery store in the center of this rural town. A new huge and modern national grocery store chain opens on the edge of town. This character avoids the new store until a circumstance forces him to walk through the doors. So many emotions. Did you have such a moment?

Six more bands from your ticket stubs will be coming up on my countdown. Quite an impressive collection, Swede.

Your story is certainly reaching a denouement. I guess even Donny Osmond couldn't come to the rescue?

Marie. If only I were getting younger in each one!

Brian. Funnily enough, I remember one occasion very clearly, when I happened to be walking past the HMV store and one of my very regular and loyal customers came walking out clutching a bag full of CD's he'd just purchased. He was utterly mortified and I had to assure him that I was fine with it and quite understood!

John. I only ever went to Ronnie Scott's twice, the other time was for a lunchtime Richard Thompson set in 1994. Have you ever been there? The tables were nailed to the floor and are set for someone of about 5'8". At 6'6", I jiggled about a bit. Great venue though.

Sadly this same scenario played out right across the UK, sometimes hard to believe the amount of fantastic independent record stores there were..like the others feeling anxious as to how this plays out.