Three unrelated artists came to mind while I was watching The Fall in concert a couple of nights ago. 1) James Brown. OK, so this comparison isn't between Mr Brown and Mark E Smith themselves, but more so between The JB's and the sterling work of Elena Poulou, Dave Spurr, Pete Greenway, Keiron Melling and Daren Garratt. Both combos so tight that you couldn't get a rizla between them and in each case leaving the front man free to improvise, safe in the knowledge that they'll be right where he left them, when he chooses to reconnect with the groove. 2) Miles Davis. In later years Miles, like Mark E Smith, enjoyed amending the sound and positions of the band while on stage, physically pushing them forward or pulling them back as they played. During 'First One Today' the other evening, Smith pushed Peter Greenaway to the very lip of the stage, turned Dave Spurr's bass amp up so that his playing briefly became a deafening funky rumble and then unaccountably walked off with one of Melling's cymbals. And Number 3? Chuck Berry. Legendary for not overstaying his welcome in the live arena, invariably clocking off within the hour. Similarly, The Fall gave us 59 thrilling minutes and were gone. 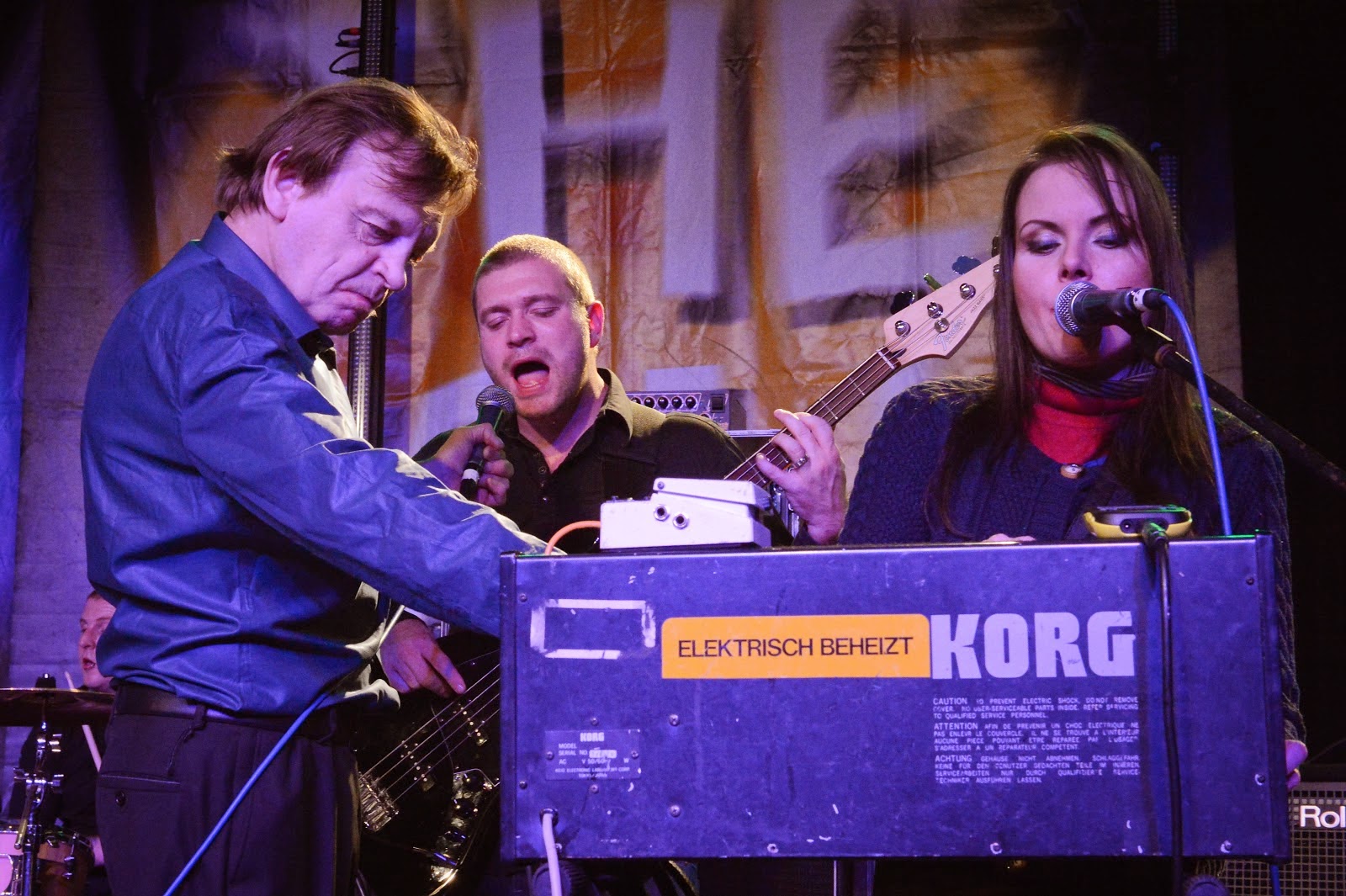 The current Fall line-up is the longest serving in the group's 39 year history and is about to release a new LP, 'Sub-Lingual Tablet'. Listen out for the epic centrepiece ' Auto Chip 2014-2016' when the record hits the streets in May. Meanwhile, this is 'Dedication', filmed in concert late last year.

I'm looking froward to the new album. Glad you enjoyed the concert, but I stopped watching about 8 years ago, I just got a bit fed up with what I considerd to only be a 40-45 minute show. But if they decided to play round these parts I moght go....

I won't be back to see them and they ain't playing up here anyway. Although I do have high hope for the new album but 22 quid for the vinyl is taking the piss.

I think James Brown is an apt and worthy comparison.
Don't reckon they'll be around here any time soon.

No chance, Erik. We are always left out in the cold on this side of the pond... especially in your neck of the woods, I imagine.

We're about three hours from New Orleans (and Memphis)...that's where we always went to shows.

These days there's a lot of traffic in Jackson to and from South By Southwest...we're I-20.

When I was in high school there was a story that Michael Stipe had gotten his a** whipped outside of a club called W.C.Dons...and Jackson was blacklisted for a while. Ha

Haven't seen the The Fall live since about '92. Mark tried to start a fight even before he got on stage, so a good night. Less than an hour these days? Rip off. Will be keen on hearing the new album, though as I have liked the recent band.

Well you certainly get about TS...would loved to have been there and will look forward to the new album

MES was engaged and funny, though I realise that this is not always the case. It was lovely to see Peel's widow, Sheila, in the audience.