When Dad's car failed its MOT at the end of 2006, the garage told him that it was beyond repair and, after a few months cogitation, he bought a tiny second hand Daewoo Matitz to replace it. He was initially reluctant buy another car at all, finding driving increasingly tiring, but at 76, unable to walk more than a few steps and too stubborn to entertain the idea of a motability scooter, a car was the only way he could leave the house and go anywhere with Mum, who had never learned to drive. 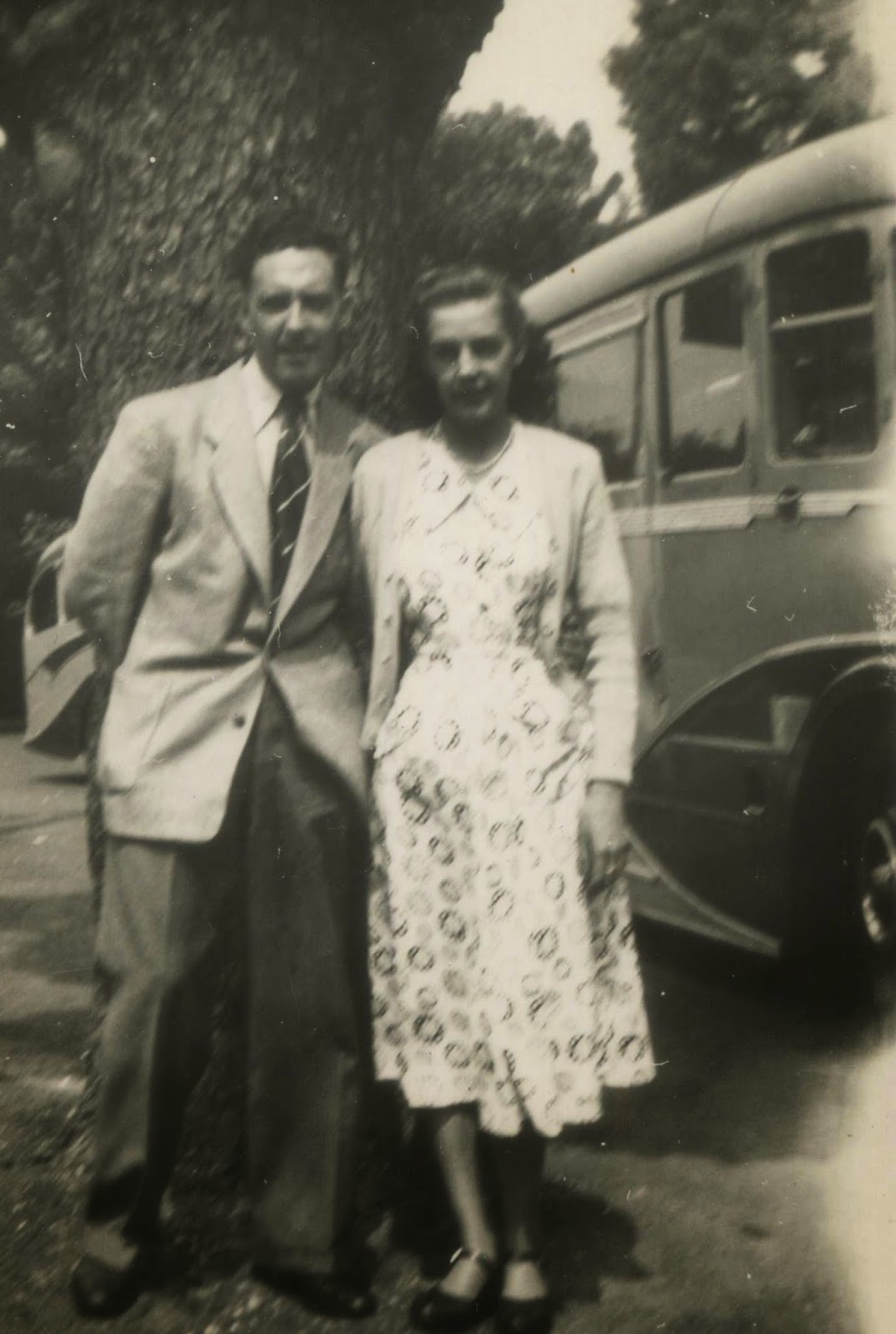 One afternoon in May of 2007, after Dad had pulled up in front of their house, Mum started to get out of the car, but caught her foot in the seat belt and rolled, rather than fell, onto the grass. It was a drop of around nine inches, but enough to break her hip. Until this point Mum had been a very active 73 year old. As a result of standard tests before her hip surgery, it was discovered that Mum had Myeloma, failing kidneys and a weak heart. Serious problems, but manageable with medication, at least in the short term. Dad nursed Mum with great tenderness as she convalesced after her hip operation, which was difficult for him given his own poor mobility. He did his best to hide it, but I could see that he was really shaken by her accident and subsequent diagnosis. By the November of that year, however, she was recuperating well and was walking again with the aid of a stick. 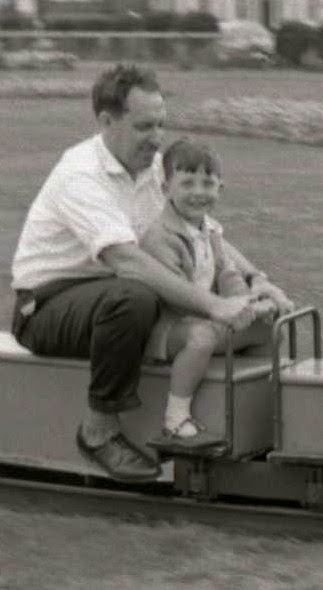 I was alone at work on the evening of November 25th, cashing up at the end of a hectic day in the coffee shop, when I got a call from Mum's mobile phone. The line was very poor and it took her several attempts to make me understand what she was saying. Dad had been taken ill. She was with him at Ipswich Hospital. Come quickly. Then we lost the line. I was 45 miles away and didn't own a car. I threw the takings into the safe and headed to the train station, arriving just as a train was pulling out. It was a 30 minute wait until the next one. 45 minutes later my phone rang again. It was Mum, the line even worse than before. She was in the back of an ambulance. Dad was being taken to Colchester Hospital, a further 20 miles away. I heard the siren wailing in the background, then we lost the line again. 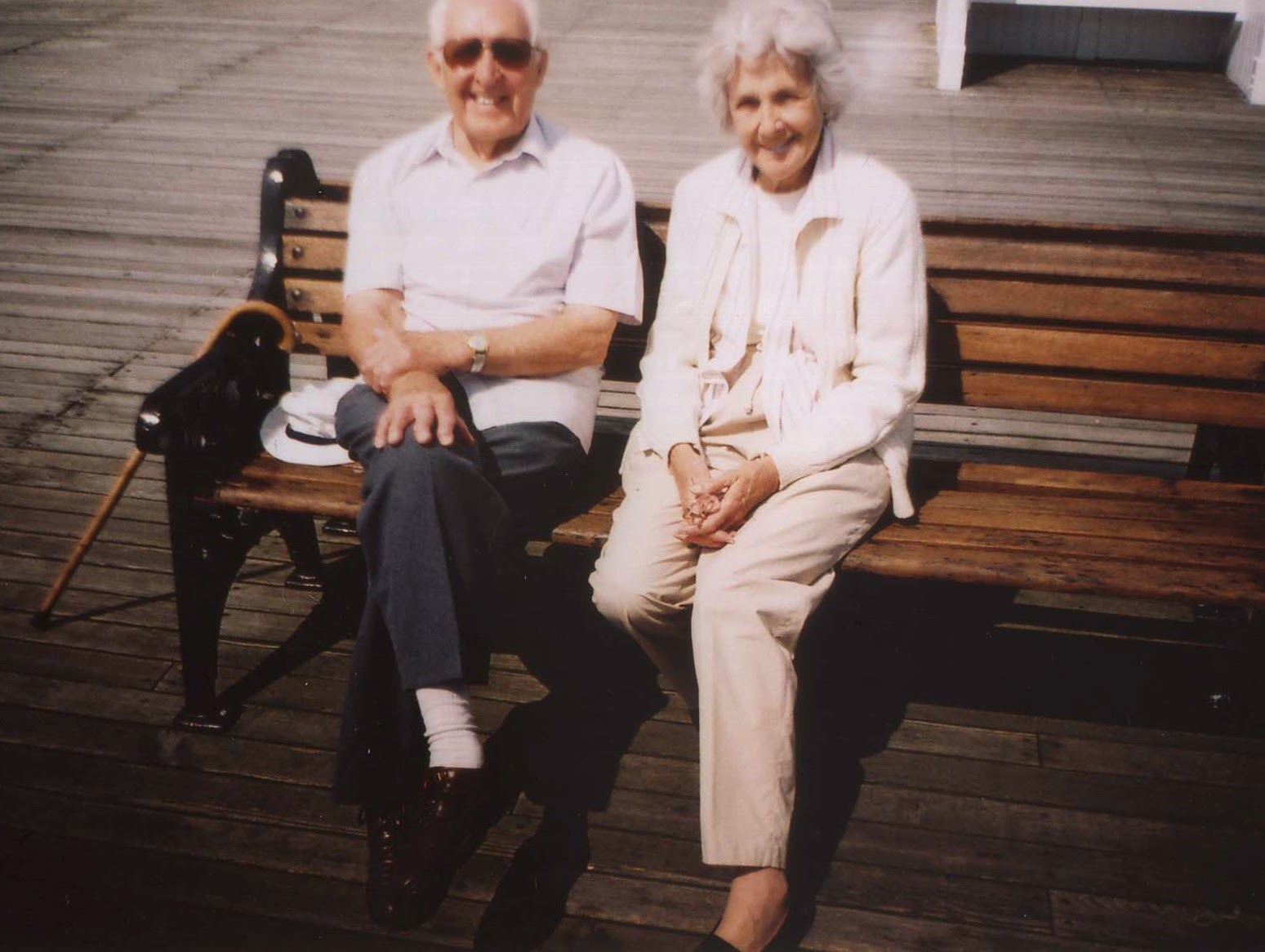 I left the train at Ipswich and got a taxi across town to pick up Dad's car from outside my parents' house, then drove on to Colchester. Throughout the train journey I'd been trying to get hold of Mum again with no joy. I tried and failed once more when I reached the car park at Colchester Hospital. It had been nearly two hours since I'd spoken to her and I had no idea where in the hospital she and Dad were. The staff at reception couldn't locate them at first either, but were very helpful and phoned around various parts of the hospital for me. Finally an orderly called me over and asked me to follow her. She ran off quickly, which alarmed me, and I struggled to keep pace. We ran down corridors and up stairs - I'd never been inside Colchester Hospital before and was completely lost. She suddenly stopped running and opened an unmarked door. Inside was a tiny room where Mum sat in the corner cradling a cup of tea, a nurse at her side. Mum looked up as I entered the room. She was pale, wore a blank expression and seemed terribly, terribly small. She was in shock. As I stood in the doorway, catching my breath and looking at Mum in a state of confusion, another nurse, standing to my right, put her hand on my shoulder. '.....I'm very sorry.....' she said, '.....we lost him 10 minutes ago.....' I was too late. Dad was gone.

There's nothing I can say but to let you know I understand that pain. Peace, brother.

The same response from me as from SB. So sad. But I'm grateful we can talk about these moments and know that others will understand.

That must have been a hugely difficult post to write and one which many readers will immediately identity with.

Swede, Tough read, brother. My situation was similar but involved a cross-country flight. My father was 45. Those moments change everything.

Incredibly poignant post that resonates with so many of us Swede. I wrote a short post, about 18 months ago, about my father's passing so know how difficult this would have been to write.

That was a very moving piece, which many of us can in our own way relate to. These events really make you take stock of your life.

Thank you all for those kind words. When I started this series I never intended it to be this personal. I was just going to post a tune every day and add a little of my own waffle. It's grown quite a bit in the last 50-odd days though hasn't it? Thanks for sticking with me. I hope I haven't been too self indulgent.

Seems crass to say I enjoy reading your blog and listening to the tracks you post esp when you're detailing such personal accounts of family sorrows but truth to say, I do. They're human stories after all and when all's said and done that's what we are. Someone tell the Tories. More power to you!