Snug as a bug in a rug, this collared dove has built a nest in a temporarily comfy, though ultimately unwise location - a neighbour's gutter. With heavy rain forecast in the second half of the week, we fear the worst for her eggs. 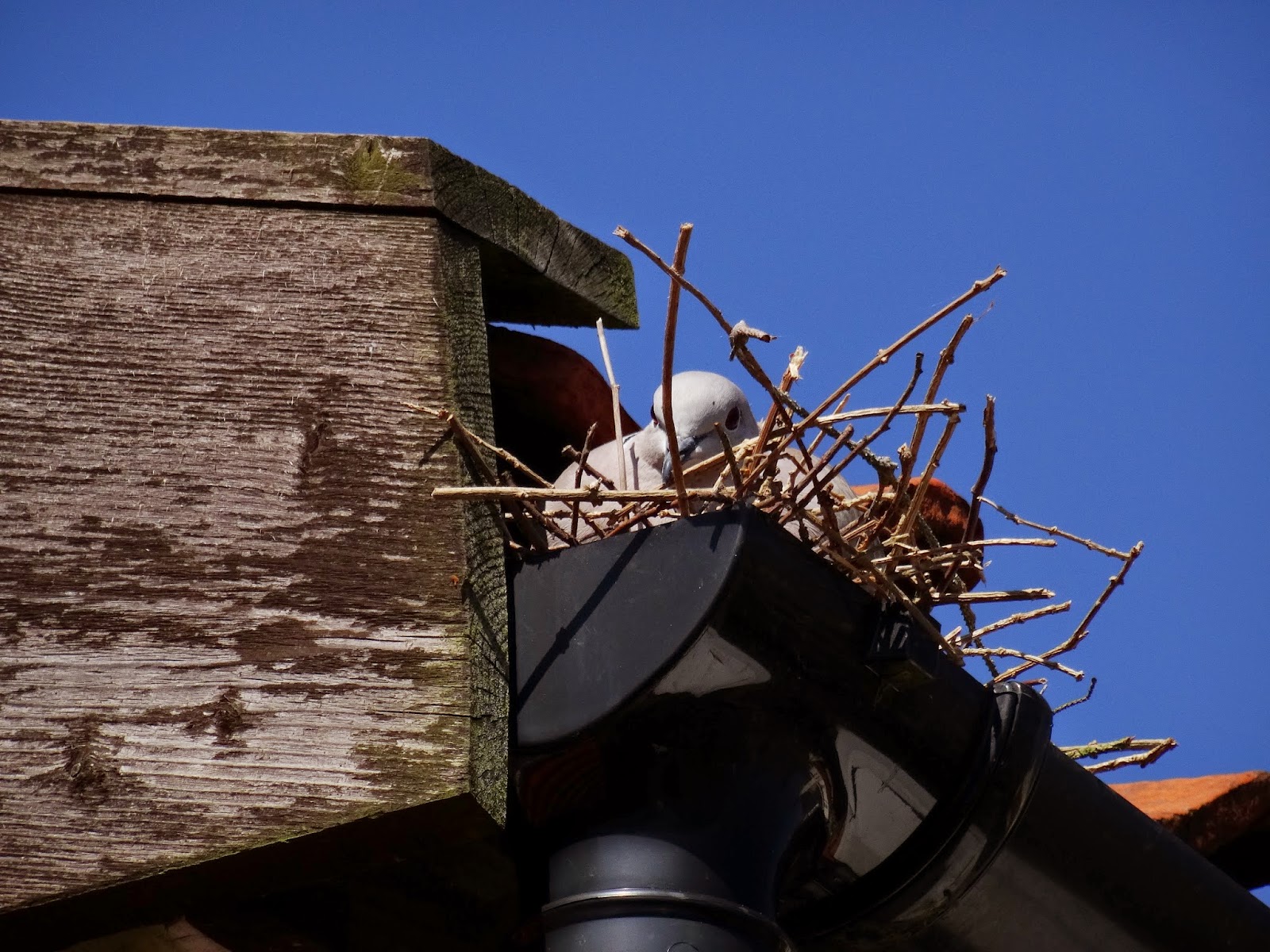 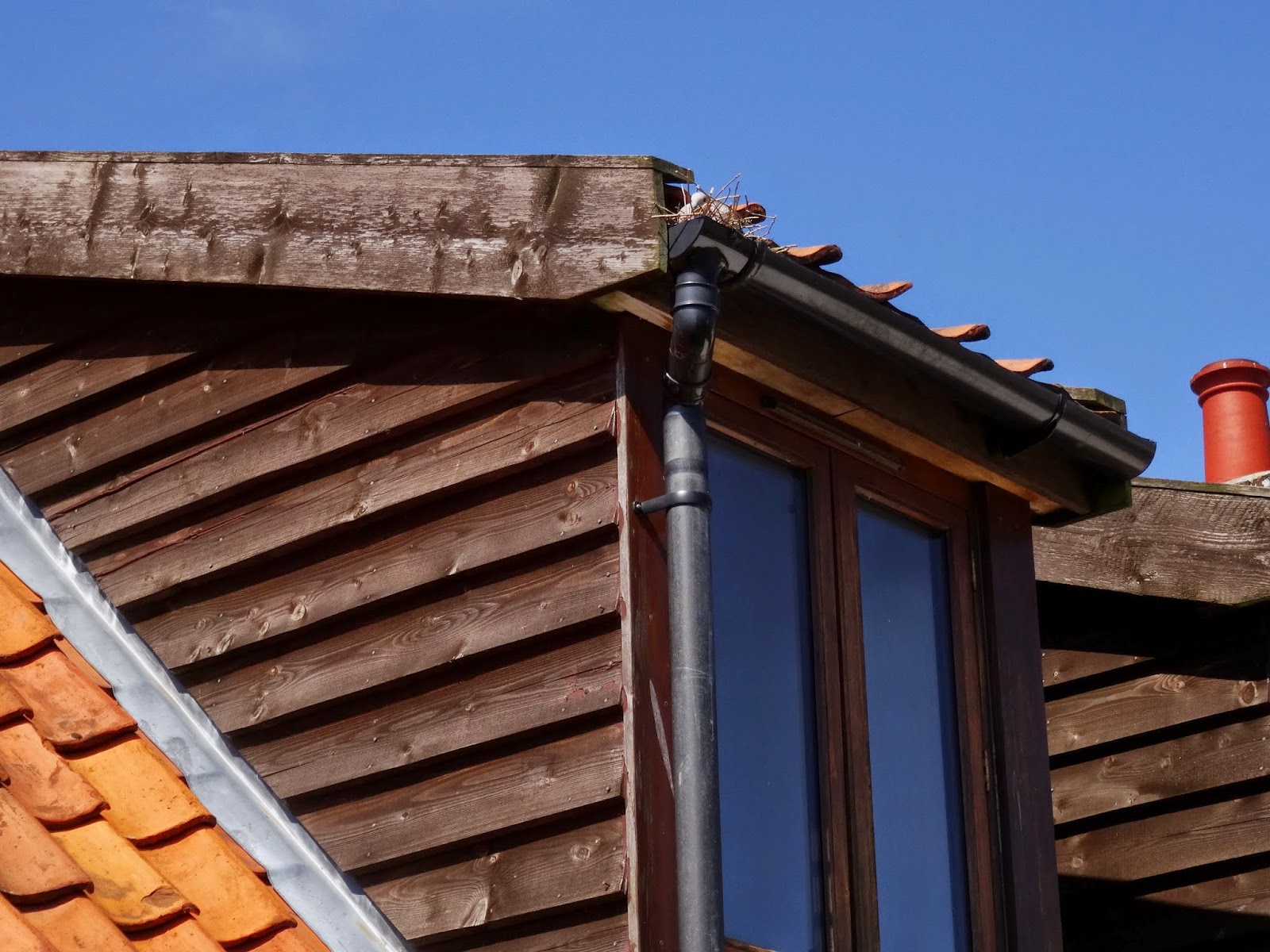 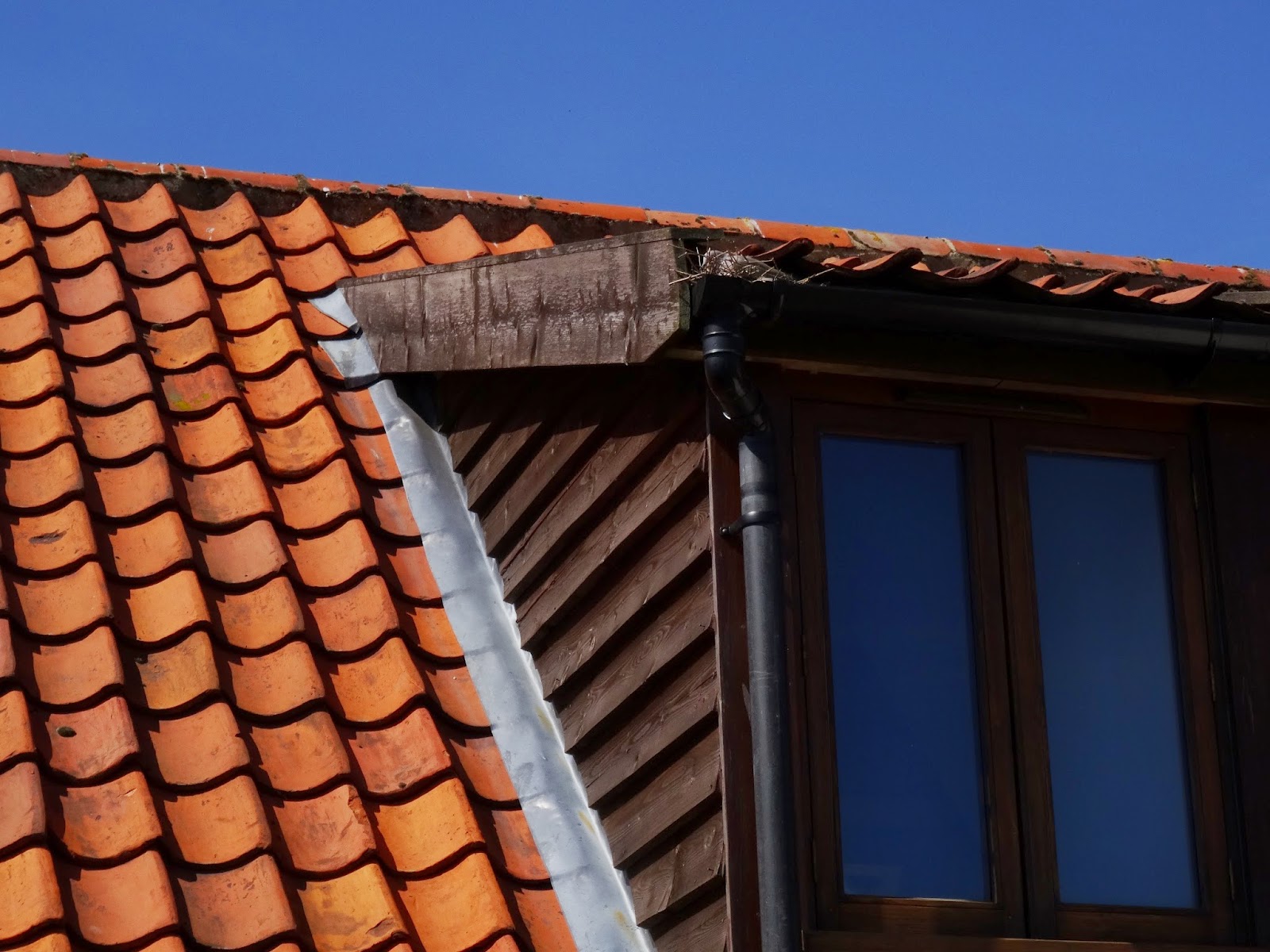 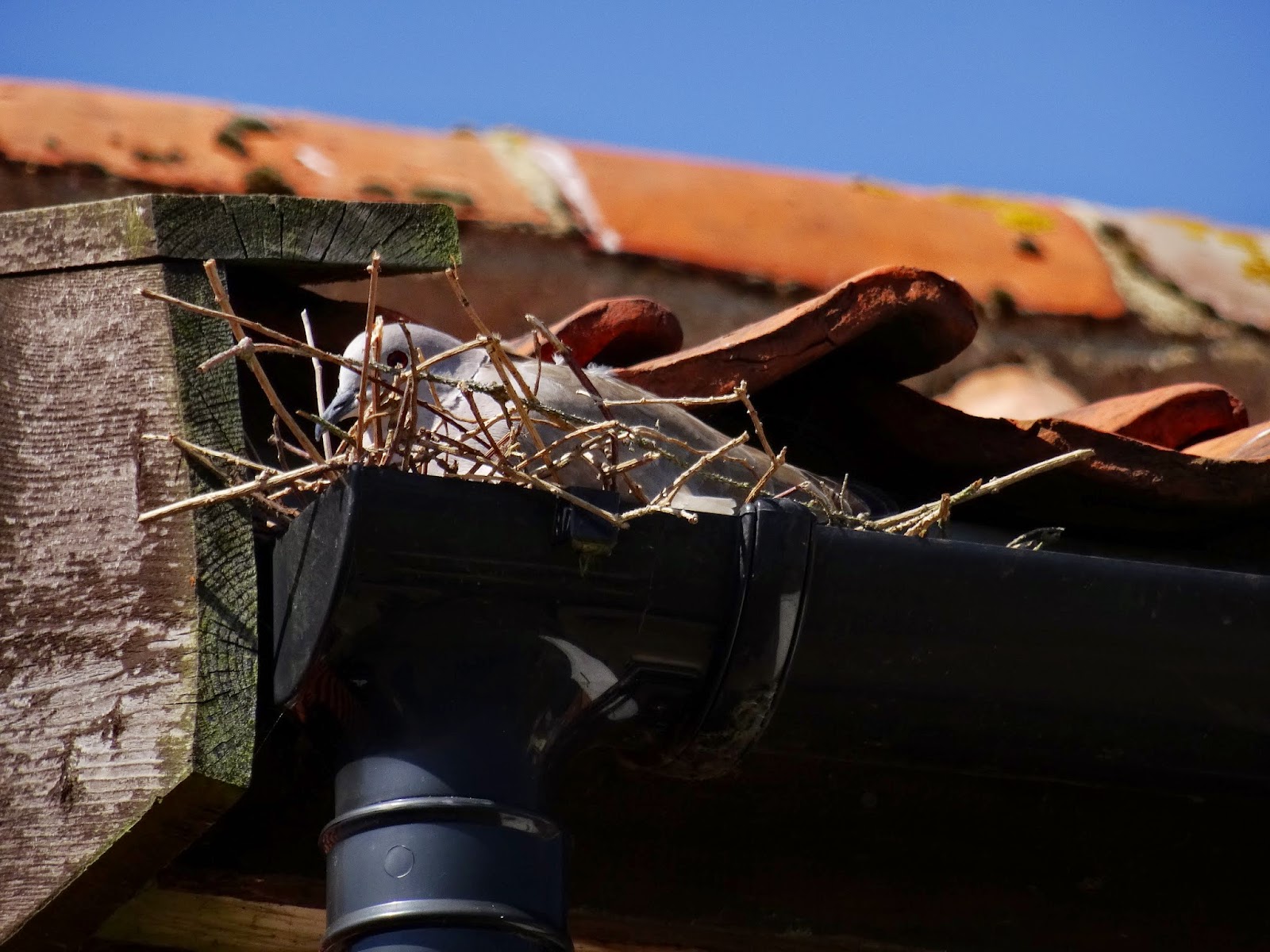 French musician Nino Nardini enjoyed a 40 year career, predominantly composing and recording library music, which was used on radio, TV and film. His large catalogue has been much sampled by DJ's, though 1971's 'Jungle Obsession' is the only album I own. From 'Jungle Obsession', and with the fate of our friend the collared dove in mind, this is 'Creeping Danger'.

Nice track.
Hoping the weather is kind to your feathered friends. Poor things.

Gorgeous photos but they are a bit daft, aren't they, collared doves?! Fingers crossed for them. At least if this nest fails they have a long season ahead in which to choose some hopefully much safer locations. A couple of years ago one of the local pubs erected one of those huge canopies over the outside dining area and some collared doves nested under it, on top of one of the light fittings. Warmth from below and protection from the elements - perfect. All they had to put up with was noisy humans eating chips and drinking beer...

Keep us posted. The nation is on tenterhooks

At this moment there is Mexican Stand Off between some gray loud birds and our kitty Herschel-Walker.

These grey birds are really mouthy and will almost get in Herschel's face...Herschel climbs like a monkey and he seems to have gone from wanting to eat them to a bemused curiosity. So climbs up the tree...making a braing sound...and follows them around the branches.

The odd thing is that there is a pre-made nest that has been used by collared doves for several years, yards from this spot - and in a totally safe and sheltered location.