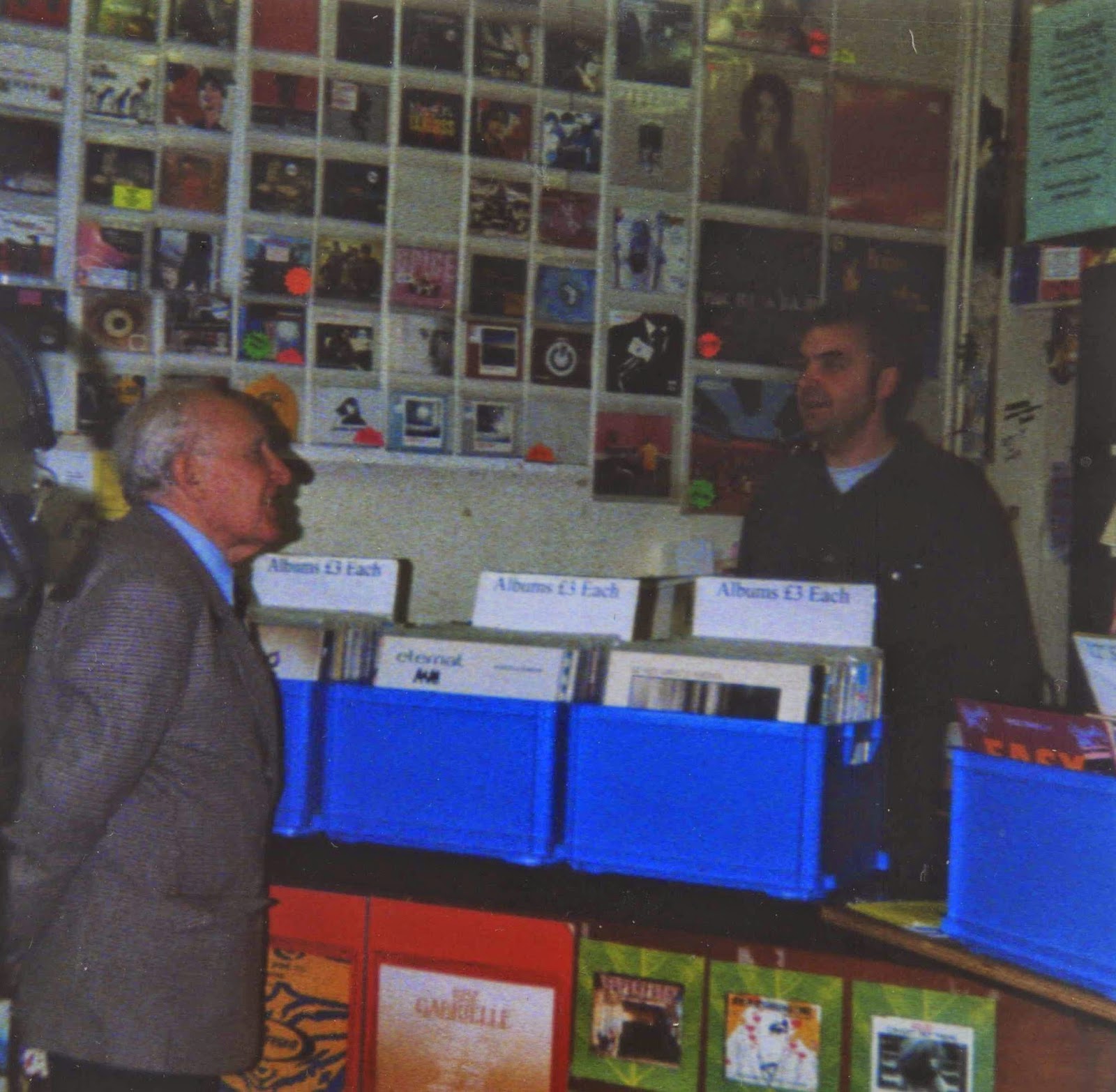 Dad drops by to see if there's any Frank Sinatra records in the sale!

Making the decision was by far the hardest thing. A friend who was with me, swore that she actually saw a weight visibly lift from my shoulders when I said the words out loud for the first time - I'm closing the shop. I informed my landlord, accountant and bank manager who were all incredibly supportive. At the end of trading a few days later, I removed the Oasis, 'Standing on the Shoulder of Giants', window display and replaced it with three words, each letter printed on an A4 sheet of paper for maximum impact - Closing Down Sale. 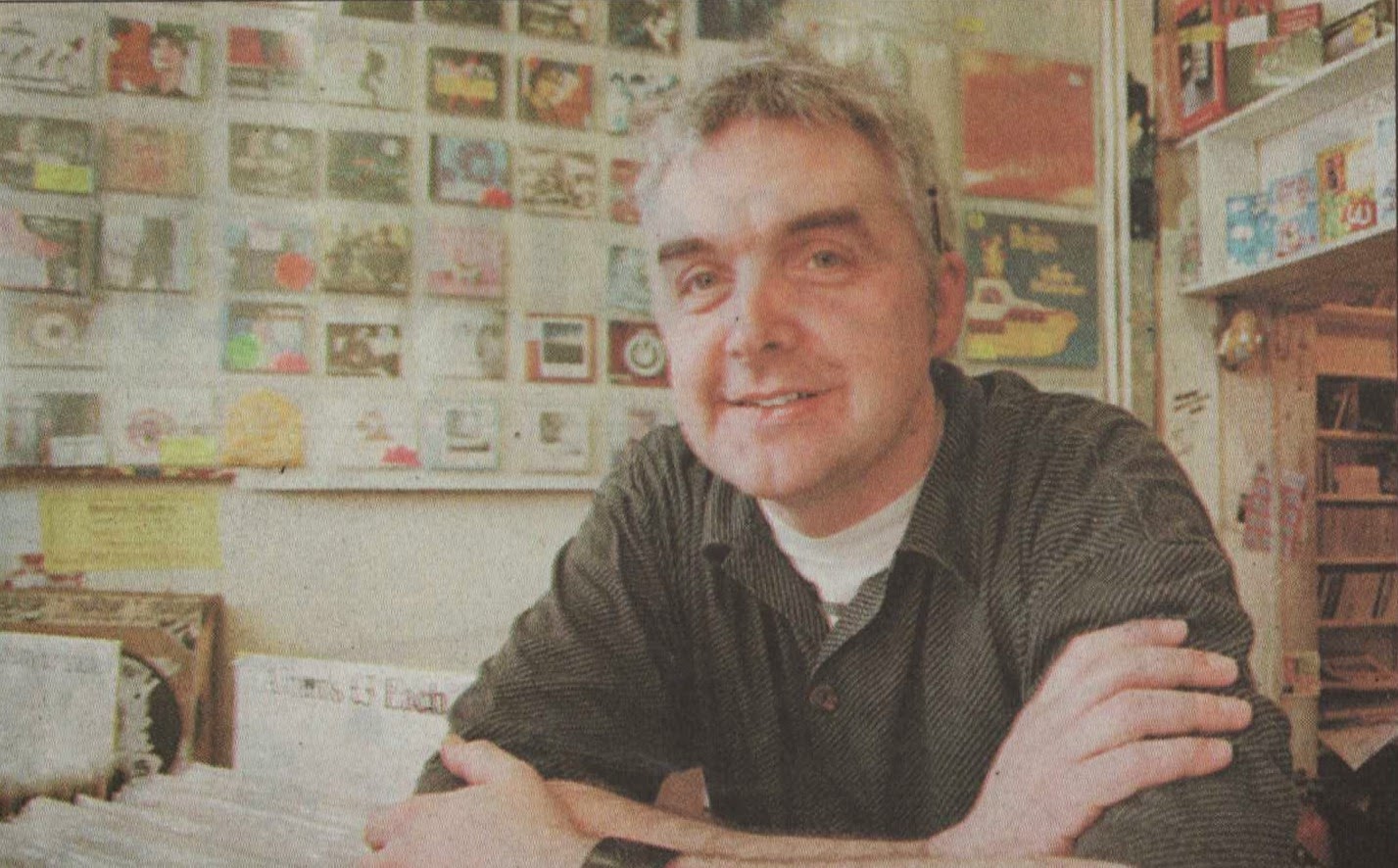 The photo from my last piece of local press, under the headline, 'End of the Road for Mr Music'.

Over the next few days I was genuinely overwhelmed by the number of kind comments, phone calls and good luck messages I recieved from customers old and new, some of whom no longer even lived in the town, but had shopped with me in the past and had somehow heard the news. Three pieces were written about the shop in the press and I was also interviewed on local radio. A chap of a similar age to me, with whom I'd only recently been discussing our mutual love of red wine, came in on the Friday afternoon and handed me a bottle. 'I've been saving this for a very long time' he said, 'but I want you to have it, with my best wishes for your future'. It was a 40 year old bottle of Rioja. I eventually opened it a year later and it remains the finest wine I've ever tasted. 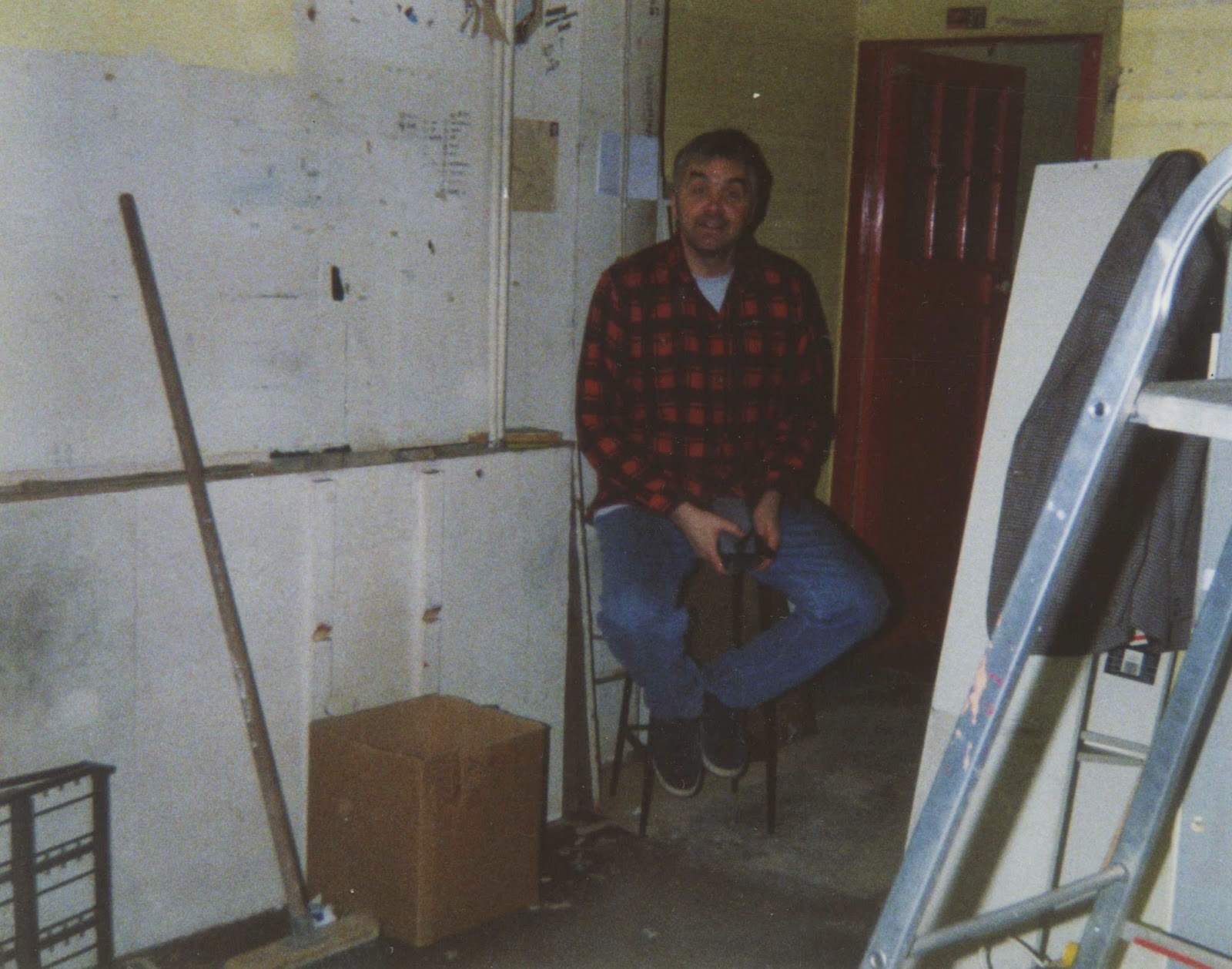 Behind the counter, or where it used to be, after everything was gone. I spent 14 years of my life in that little space.

On the evening of Saturday March 25th, after a hectic and emotional week, I closed the door for the last time and sat in the old place in silence. The following morning, I started dismantling the racks, boxing up the stock and generally stripping the place bare. It took the best part of a week to complete the task. I'd been 26 years of age when I started the business and now I was three weeks short of my 40th birthday. 14 years, gone in a flash. It didn't seem possible.

Stayed in a part of Glasgow at this time where record shops were also beginning to close around this point and of course now I'm wondering whatever happened to all the owners and employees of the shops that closed – well at least Stephen Pastel, who used to work across the road from me in the music department upstairs in John Smith’s book store went on to set up Monorail in the city centre which is still on the go.

Interesting to see what you got up to next, Swede.

....can't imagine how difficult that must have been. It seems that from about that year that many record shops were shutting down..

Rough one today, Swede. We are all feeling your loss 15 years later. I'm going to my local indie store today. I hope you are in a good place with all of this these days.

Aaaaarghhhhh. As Brian says, we are all feeling your loss!

I've been away for a few days, so apologies for the delayed response to recent comments.
This was all a long time ago (15 years ago last week, coincidentally!) and, naturally, I've moved on from the sad demise of my business. Resurrecting half-forgotten memories, tunes and photos for this feature has reminded me what a lucky lad I was to be able to enjoy my dream job for so long. Thank you all for the kind words.